Every day, olympic.ca will be posting a preview of the day to come. Here is what’s happening on February 12, Day 3 of PyeongChang 2018. 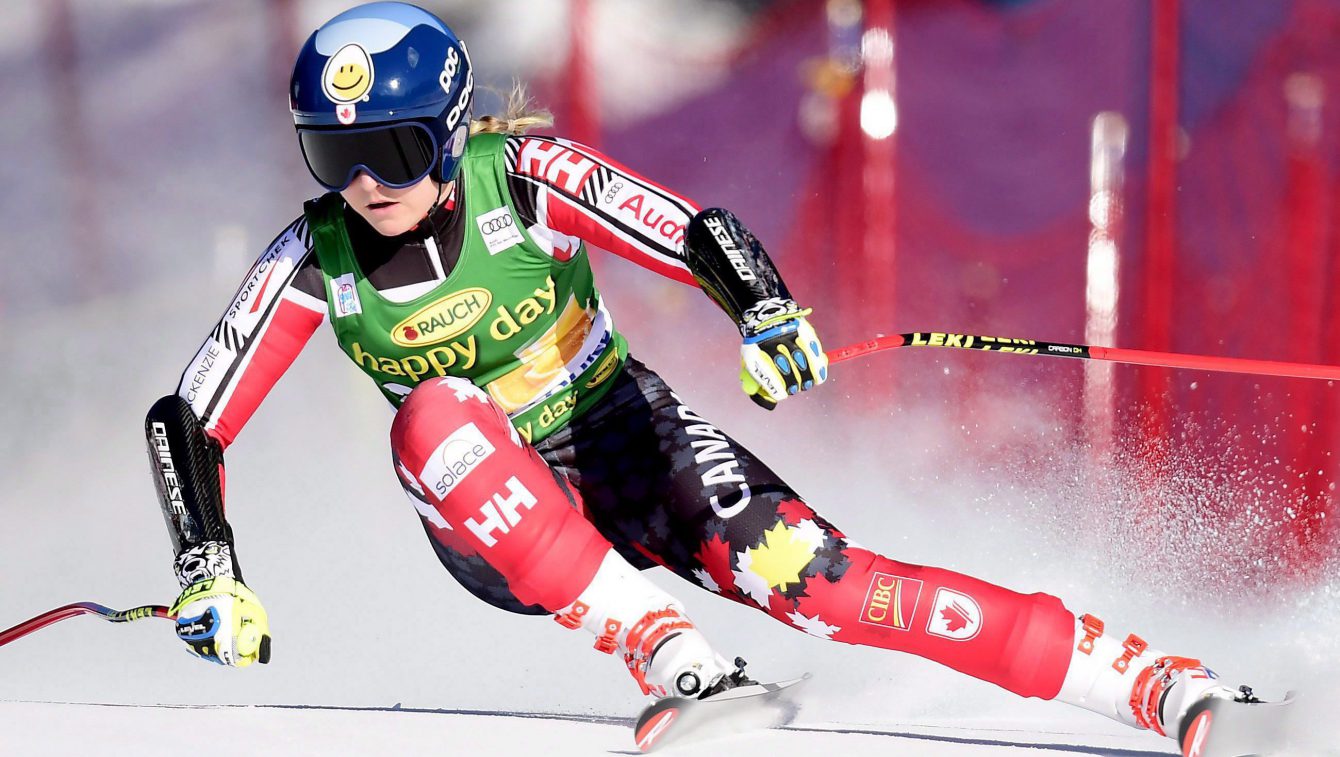 Women’s alpine skiing was scheduled to have its first event on Sunday evening, but the giant slalom has been postponed due to weather. 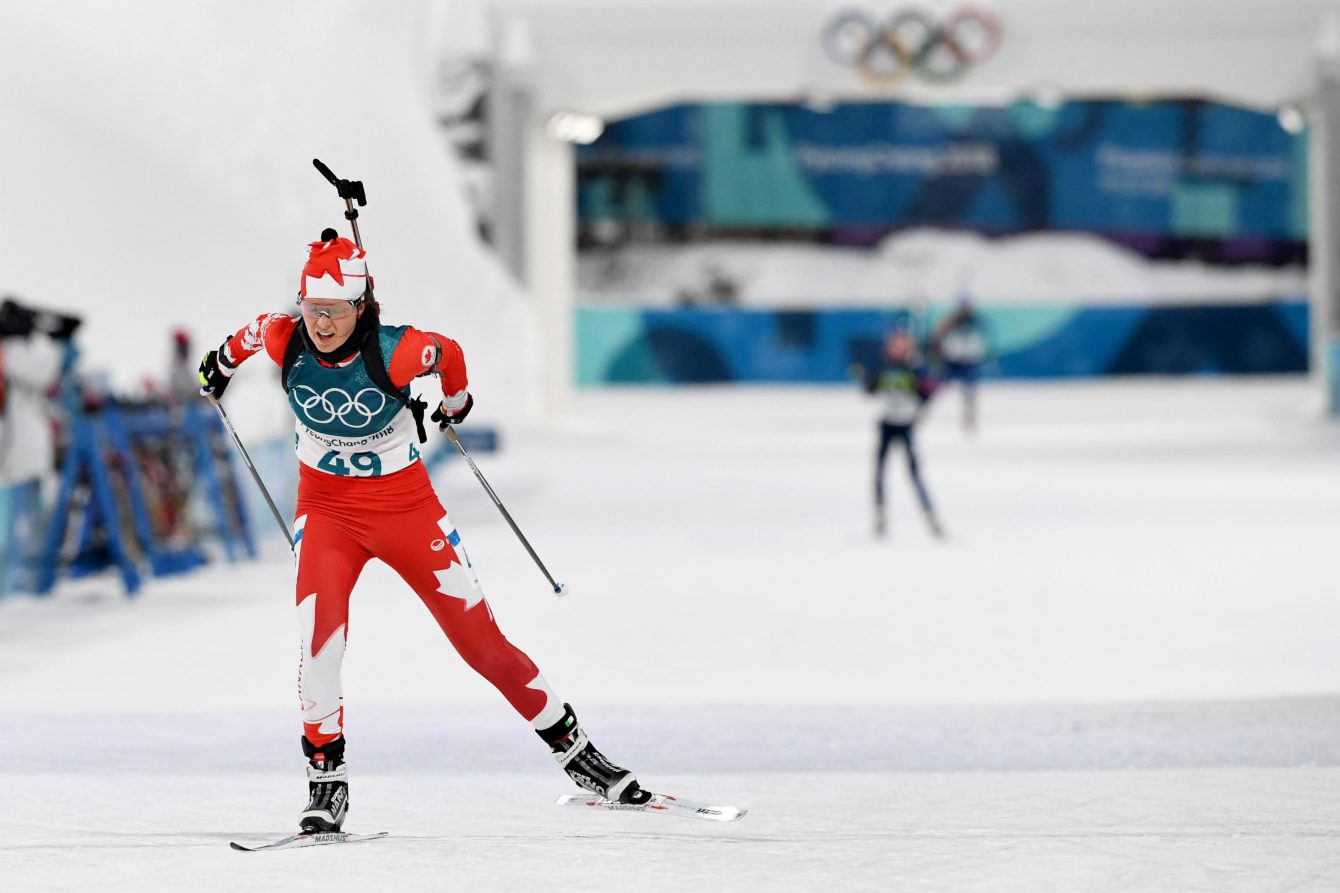 The biathletes continue their events early Monday morning. Rosanna Crawford, Emma Lunder, Julia Ransom, and Megan Tandy will be representing Canada in the women’s 10km pursuit at 5:10 a.m. EST. As for the men, Nathan Smith will be competing in the 12.5km pursuit at 7:00 a.m. 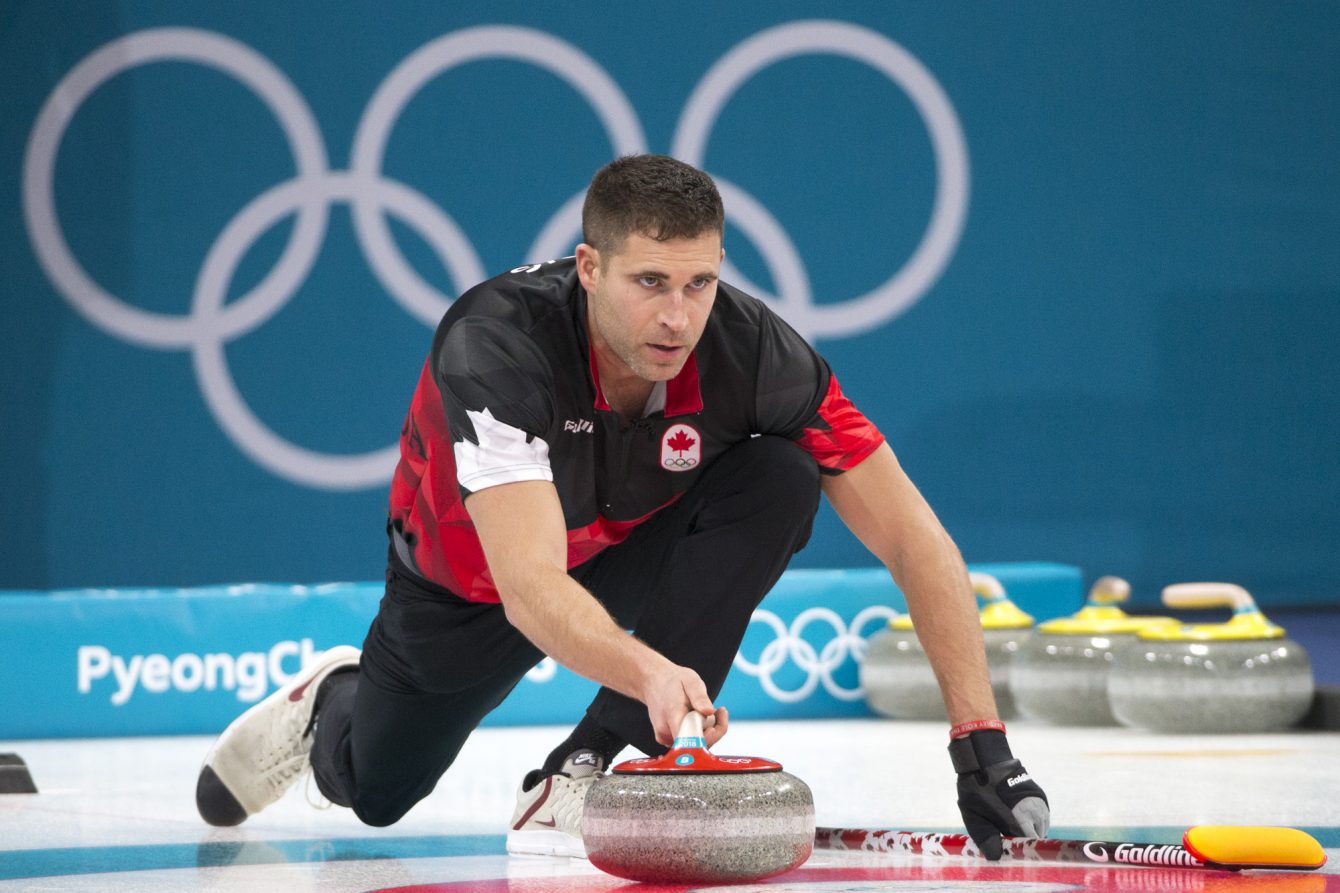 Canada made its way to one of the semifinal matches for mixed doubles curling at its Olympic debut! Their 6-1 record clinched them first place in the eight-team pool. Kaitlyn Lawes and John Morris will be facing off against Norway at 7:05 p.m. EST. The only team Canada lost to was Norway. 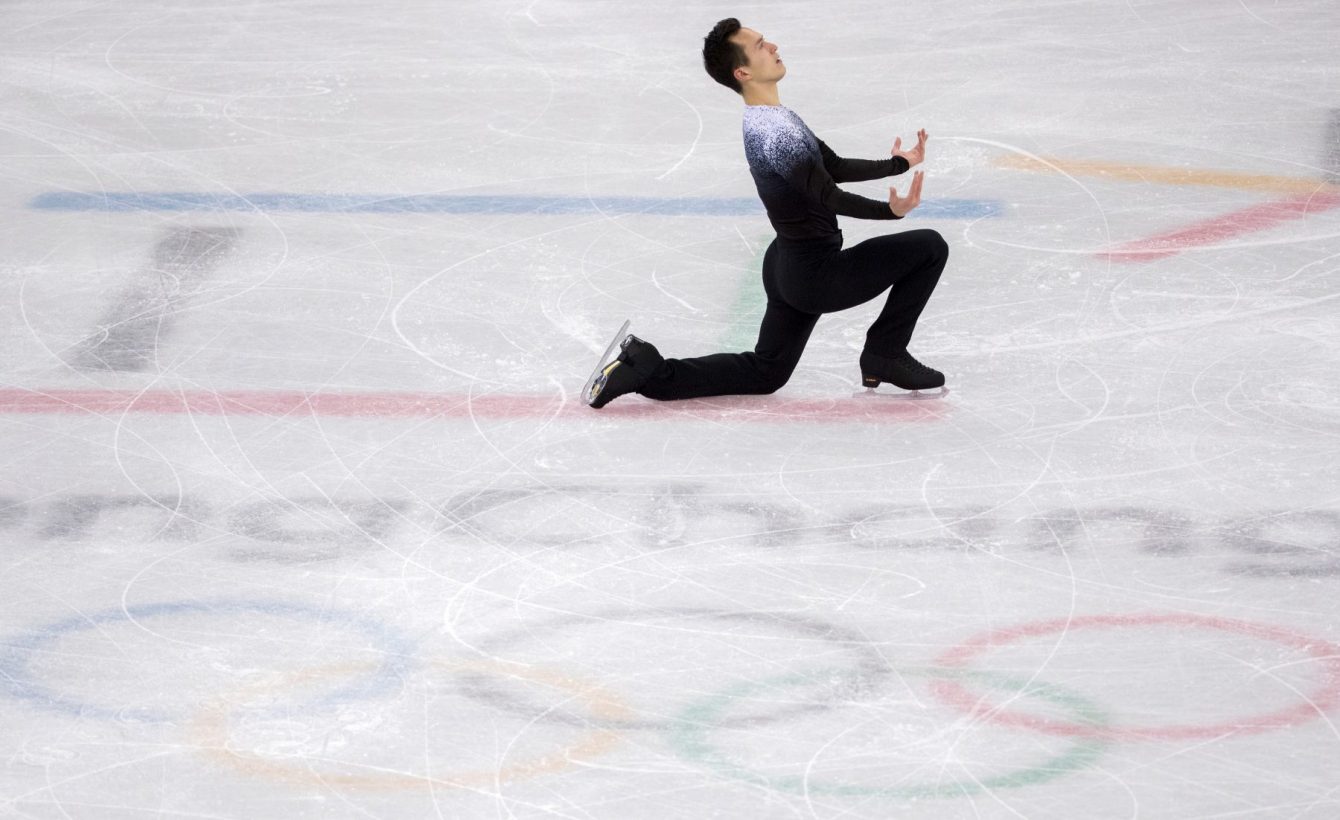 The team event for figure skating concludes on Sunday night. Patrick Chan will perform at 8:33 p.m. EST and Gabrielle Daleman will perform at 9:33 p.m. Tessa Virtue and Scott Moir will perform at 10:53 p.m. Team Canada has currently accumulated 45 points to take the lead, with the Olympic athletes from Russia sitting in second place with 39 points, followed by the United States in third with 36 points (and Italy sitting just one point behind them). 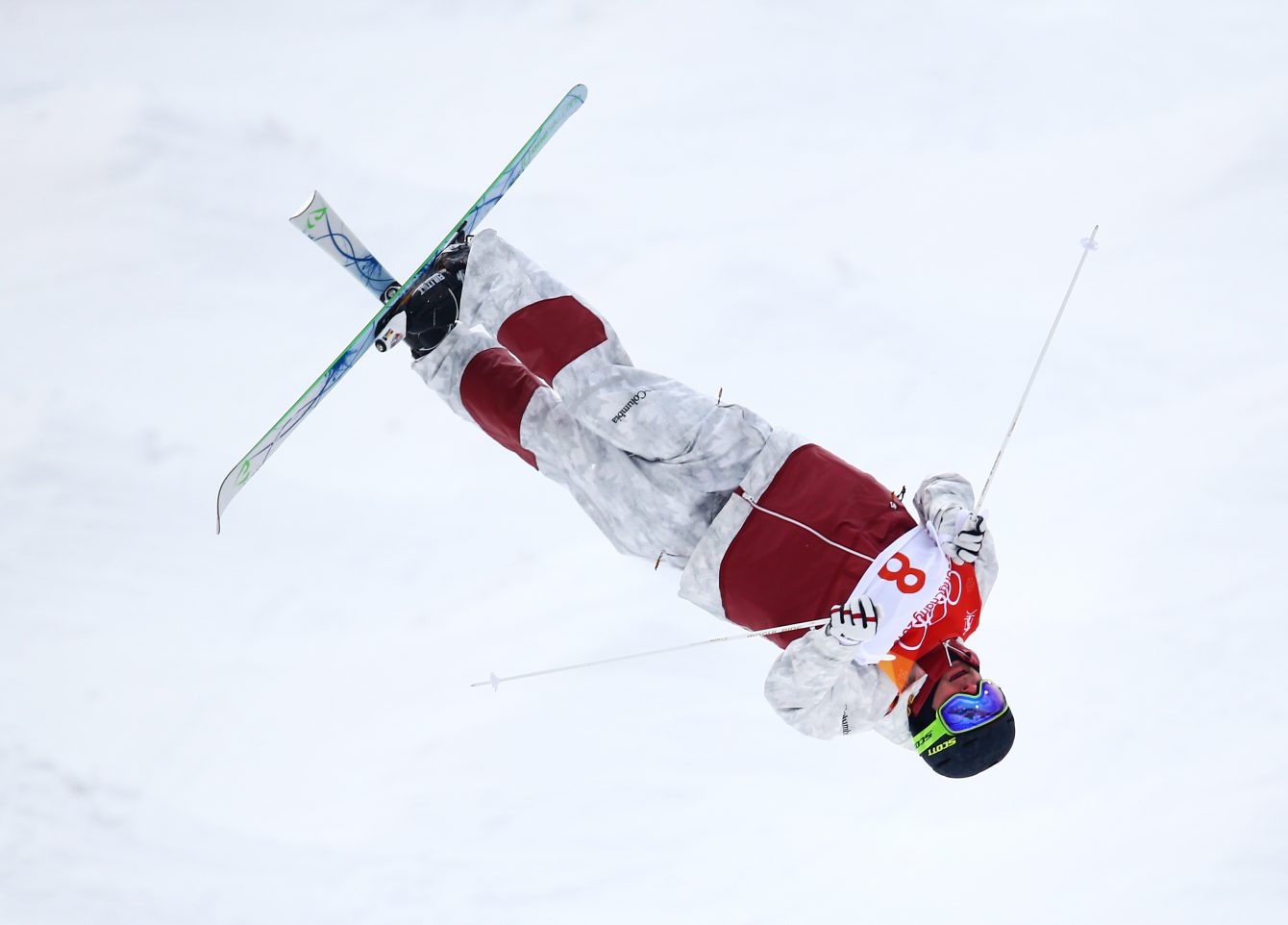 At 5:30 a.m. EST on Sunday morning, Marc-Antoine Gagnon will be racing in the second qualification round for men’s moguls. Depending on his results, he may join his other compatriots Mikaël Kingsbury and Philippe Marquis in the final at 7:00 a.m. 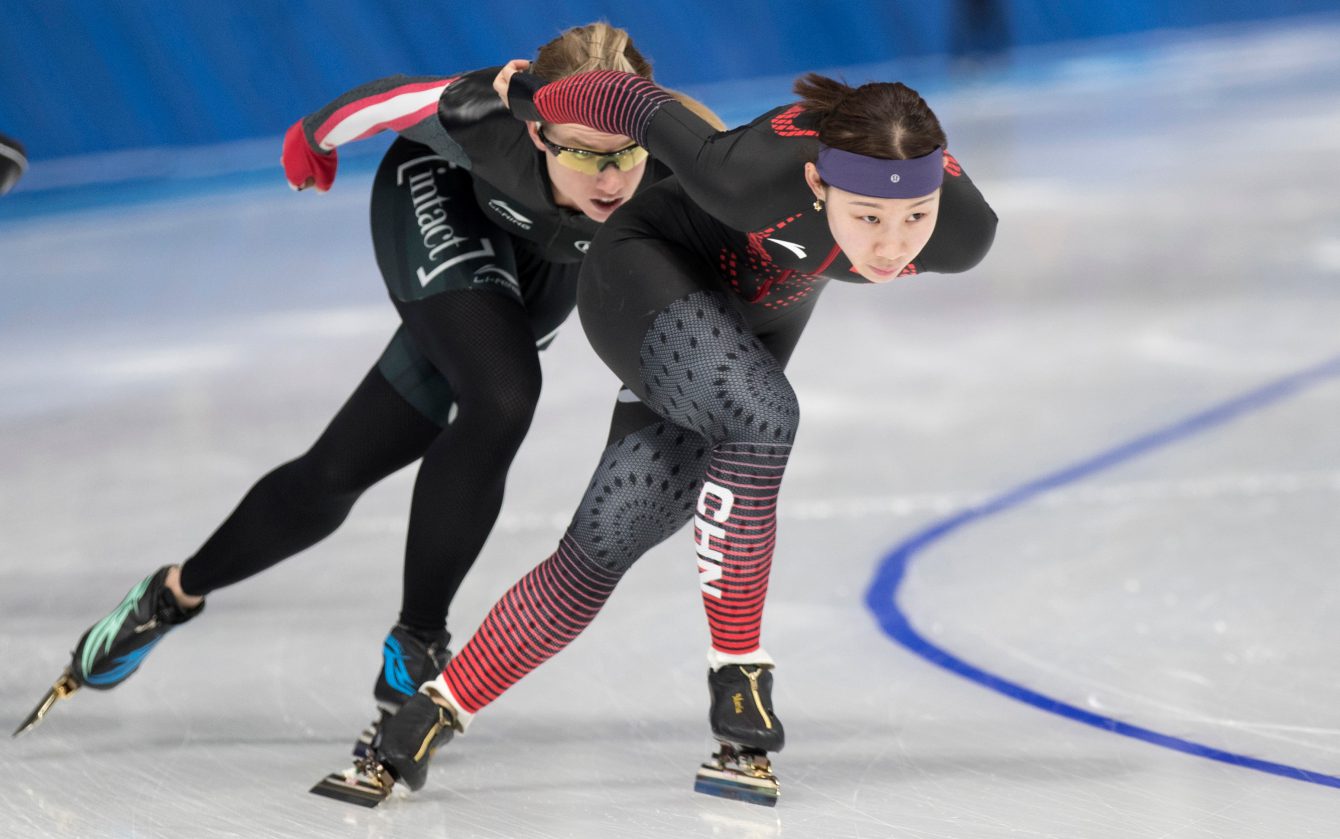 Canada’s Brianne Tutt (L) practices for the Olympic games in Pyeongchang, Korea, Thursday, February 1, 2018. Tutt has an incredible story of recovery after a skating accident in 2012 that left her with broken bones, fractured skull and facial paralysis known as Bells Palsy.
COC Photo by Jason Ransom 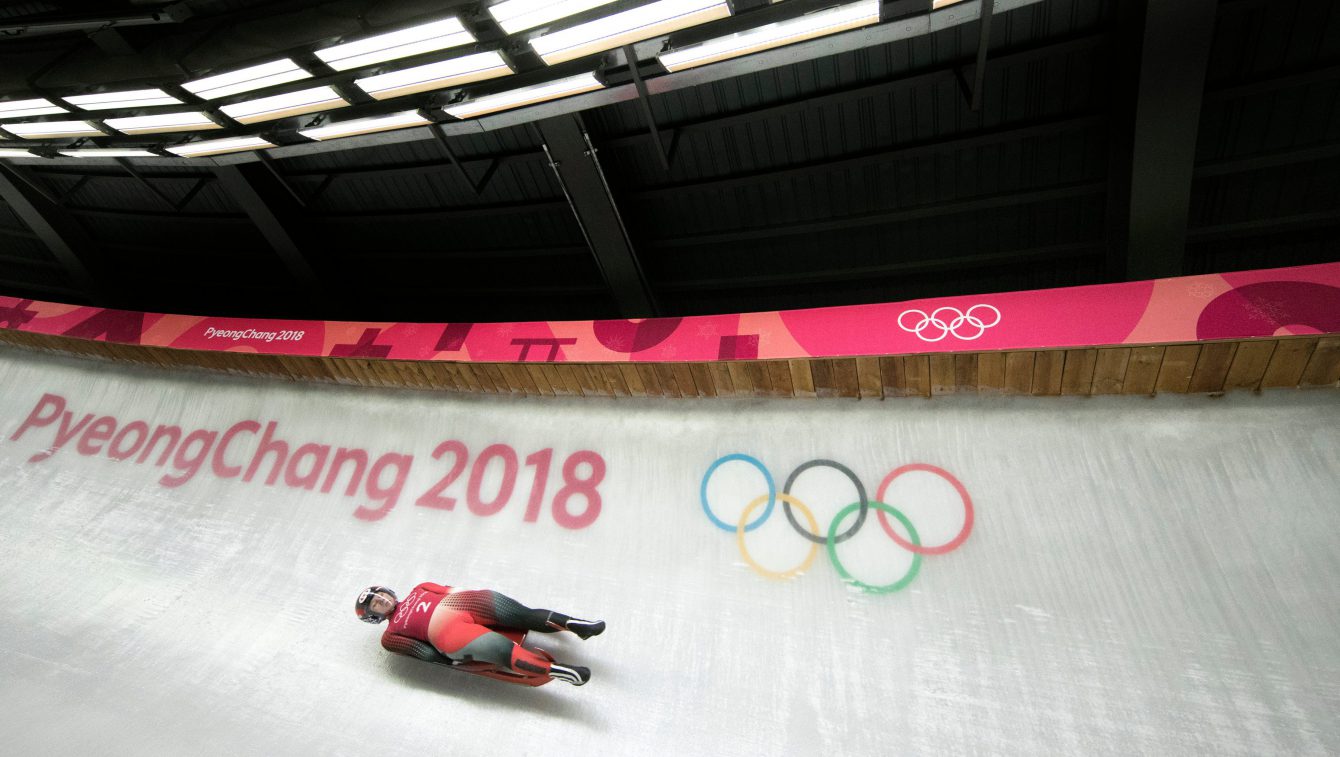 Women’s luge makes its first appearance so far in PyeongChang on Monday morning. Women’s singles’ first run will be at 5:50 a.m. EST, with lugers Brooke Apshkrum, Alex Gough, and Kimberley McRae sliding for Canada. The second run will take place at 7:15 a.m. 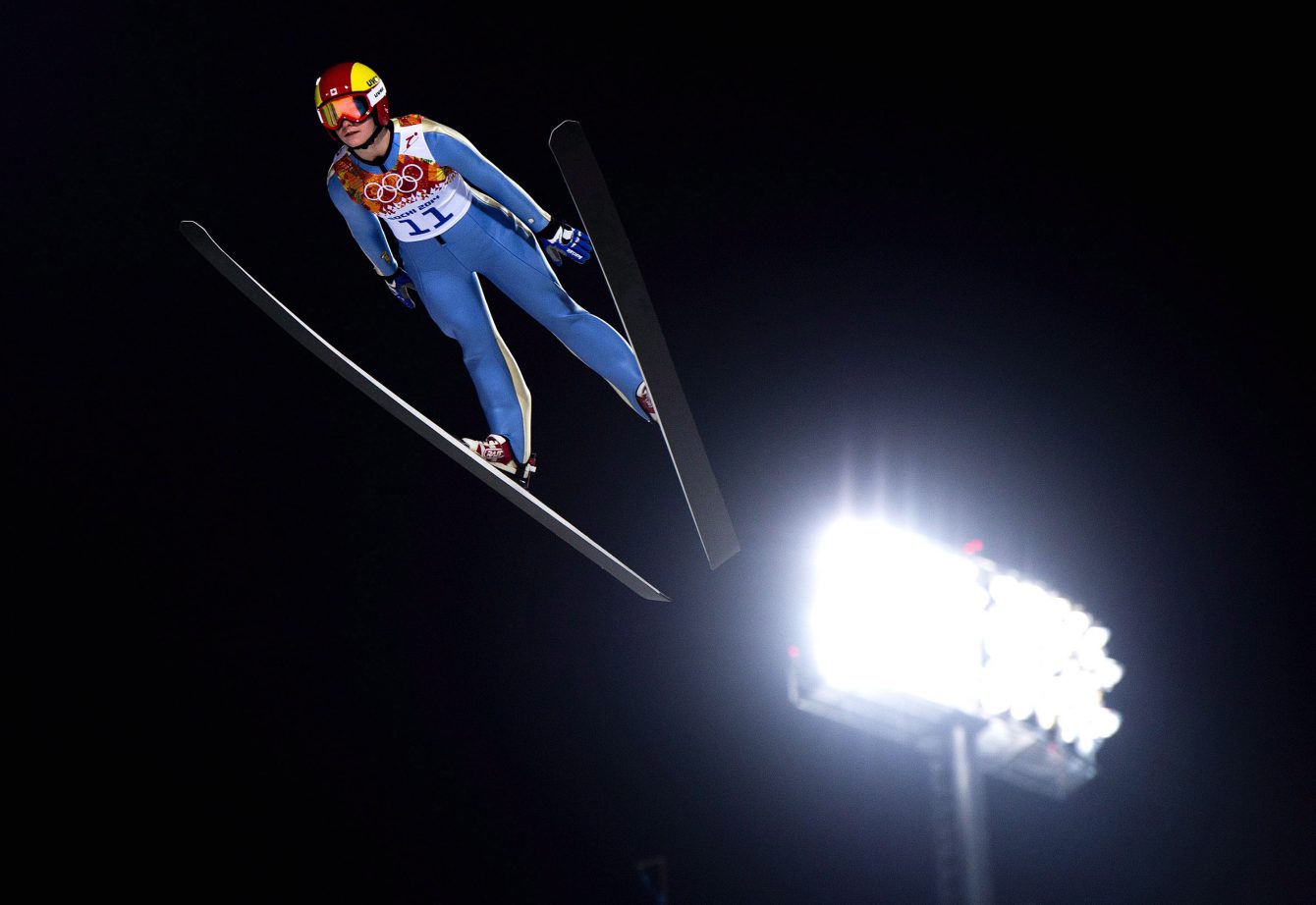 At 7:50 a.m. EST on Monday morning, Taylor Henrich will compete in the first round of women’s individual normal hill. Depending on her results, she may also compete in the final at 8:35 a.m. 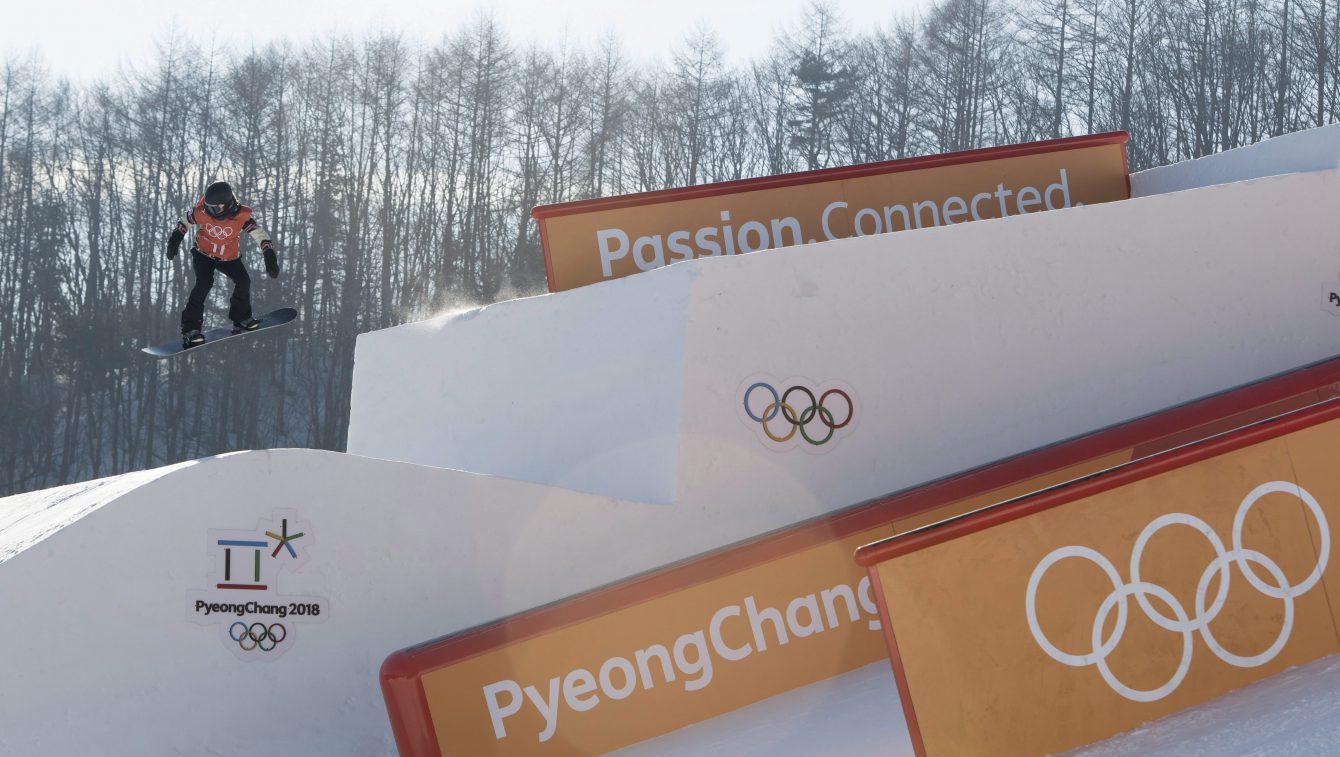 Canadian snowboarder Brooke Voigt takes part in a slopestyle training session at the Phoenix Snow Park prior to the start of the Pyeongchang 2018 Winter Olympic Games in South Korea, Wednesday, Feb. 7, 2018. THE CANADIAN PRESS/Jonathan Hayward

The women’s slopestyle qualification was originally scheduled for Saturday evening, but due to weather it was cancelled, making the competition a straight up final on Sunday evening, postponed an hour from its original start at 8:00 p.m. EST to a new start time of 9:00 p.m. Spencer O’Brien and Brooke Voigt will be competing. Laurie Blouin is also scheduled to compete. On the morning of February 9th, she fell during training and was taken to the regional hospital as a precaution. She returned to the Village shortly afterwards where she was monitored by team doctors.

At 11:30 p.m., women’s halfpipe qualification will begin. Calynn Irwin, Mercedes Nicoll, and Elizabeth Hosking will be participating. Hosking is one of two youngest Team Canada athletes in PyeongChang, competing at just 16 years old.