It was a new format but a familiar result in curling for Canada at PyeongChang 2018, as Kaitlyn Lawes and John Morris won gold in the mixed doubles event.

The Canadian pair defeated Switzerland by a score of 10-3 in six ends in the gold-medal final on Tuesday morning (Canadian time). It was Canada’s second win over the Swiss at these Games, after a 7-2 win in the round robin, and their eighth consecutive victory overall.

It’s Canada’s sixth gold medal in curling but first in mixed doubles, which was just introduced to the Olympic program at PyeongChang 2018. It’s also a second gold for Lawes and Morris, both of whom had been Olympic champs at previous Games—Morris at Vancouver 2010, Lawes at Sochi 2014. 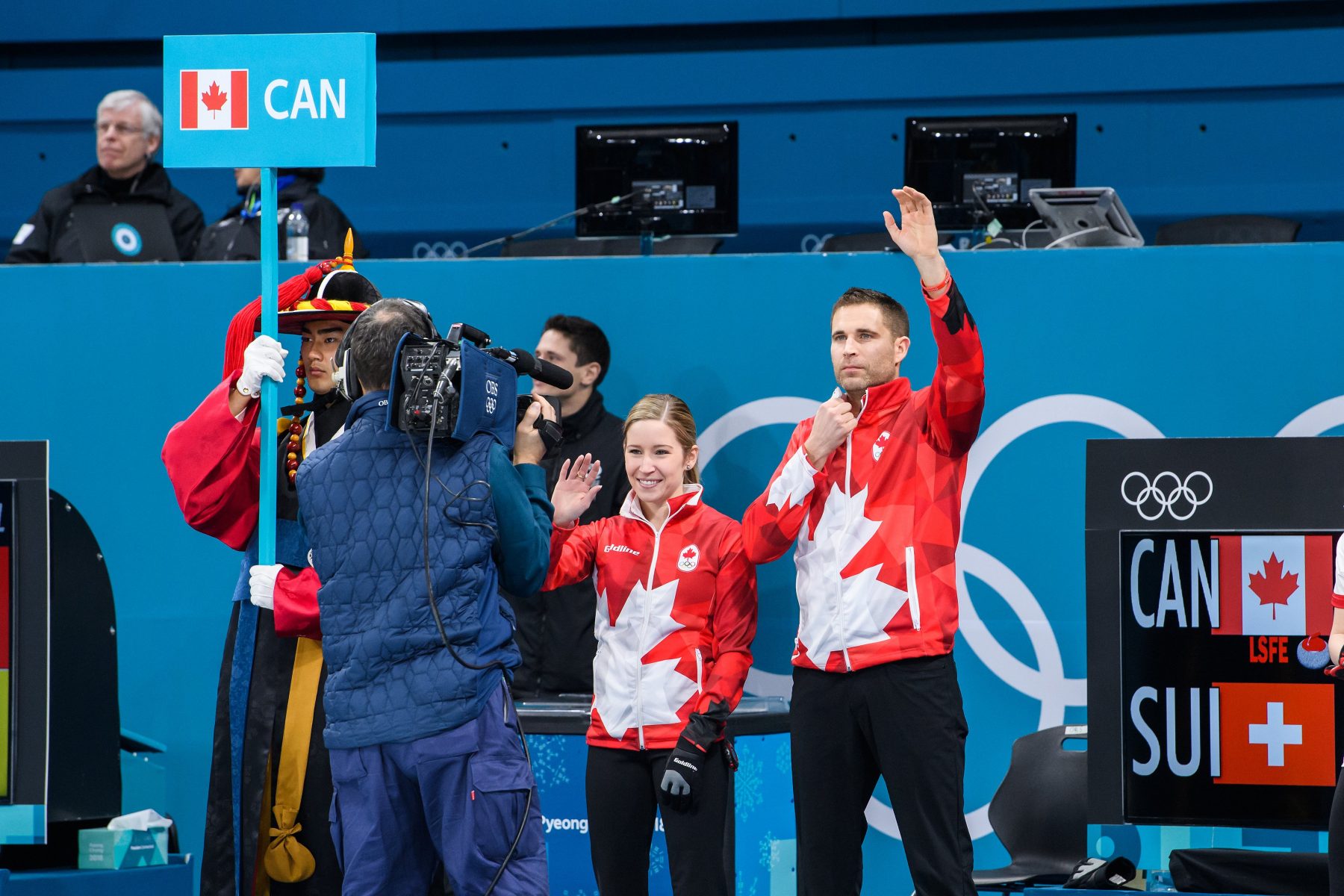 Canada got off to an encouraging start against the Swiss duo of Jenny Perret and Martin Rios, with some good shot-making by Morris setting them up for an easy two points in the first end. But the Swiss hit right back, scoring a pair of their own in the second end.

But the Canadians benefited from a colossal miscue by Rios in the third end; he threw Switzerland’s penultimate stone with the chance for a triple takeout, but missed entirely. Perret cleaned things up a bit with the final Swiss stone, but Lawes still had a relatively straightforward tap back with the hammer to score four big points.

That forced Switzerland to make the unorthodox move of utilizing their “power play” in the fourth end. The mixed doubles strategy is customarily used in the second half of the game in an attempt to score multiple points… but desperate times called for desperate measures. 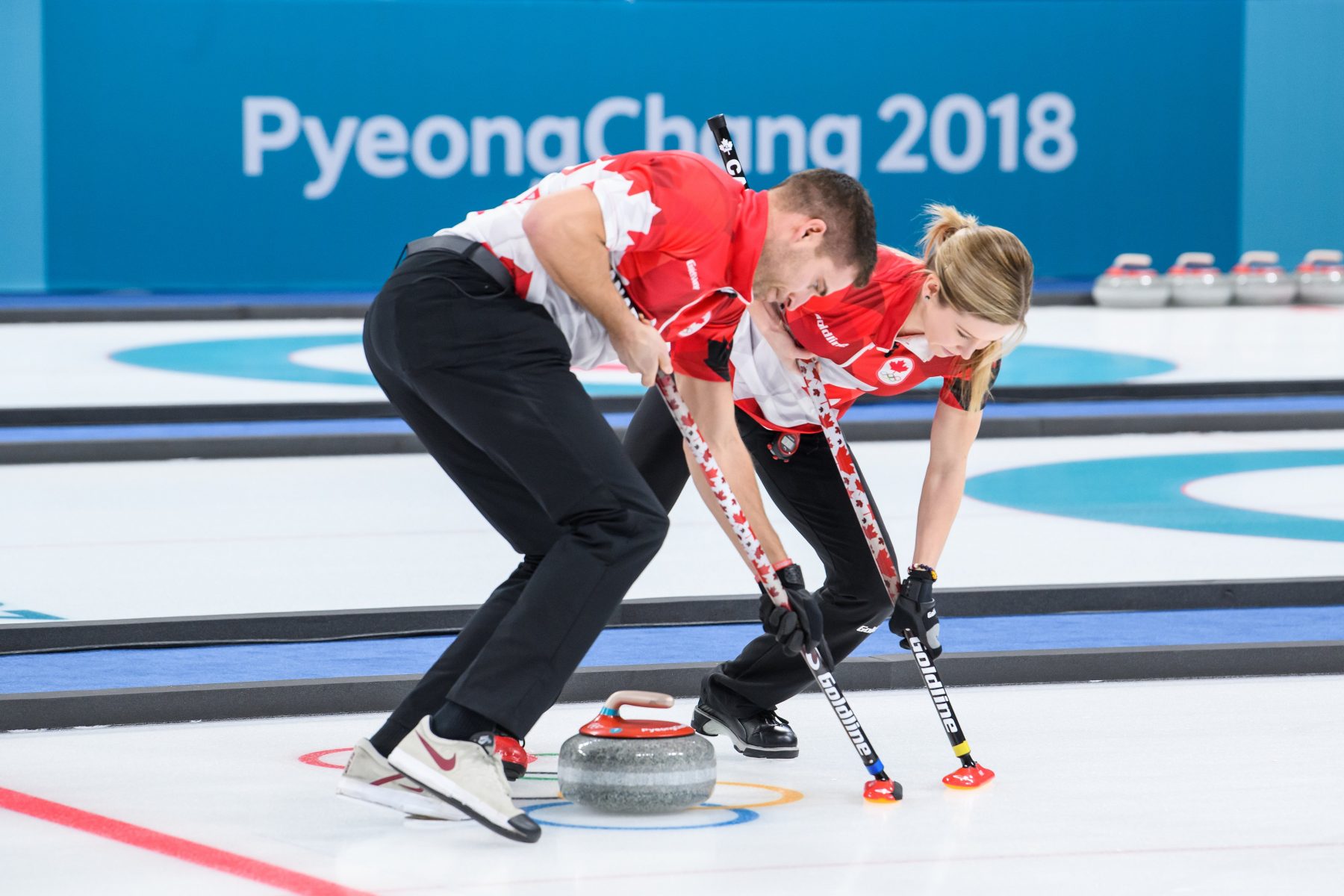 But as they did throughout the competition, Canada was effective at neutralizing the opponents’ power play, holding the Swiss to just one. Halfway through the draw, the score sat at 6-3 Canada.

Lawes and Morris didn’t hold back, opening up the lead even further with two more points in the fifth end. By then, the gold medal was in sight.

Switzerland loaded up the house in the sixth end, but Canada was still able to steal two and build an insurmountable lead, causing the Swiss to concede.

Canada will now have the opportunity to vie for an unprecedented triple gold medal in curling, with the men’s and women’s events getting underway shortly. Kevin Koe’s rink plays their first draw against Italy on Tuesday at 7:05 p.m. ET/4:05 p.m. PT, while Rachel Homan’s rink begins play against South Korea on Wednesday at 7:05 p.m. ET/4:05 p.m. PT.