Meghan Agosta, Marie-Philip Poulin, Melodie Daoust and Jillian Saulnier all scored for the Canadians. Shannon Szabados, making her first start of the Games, earned the win in net. 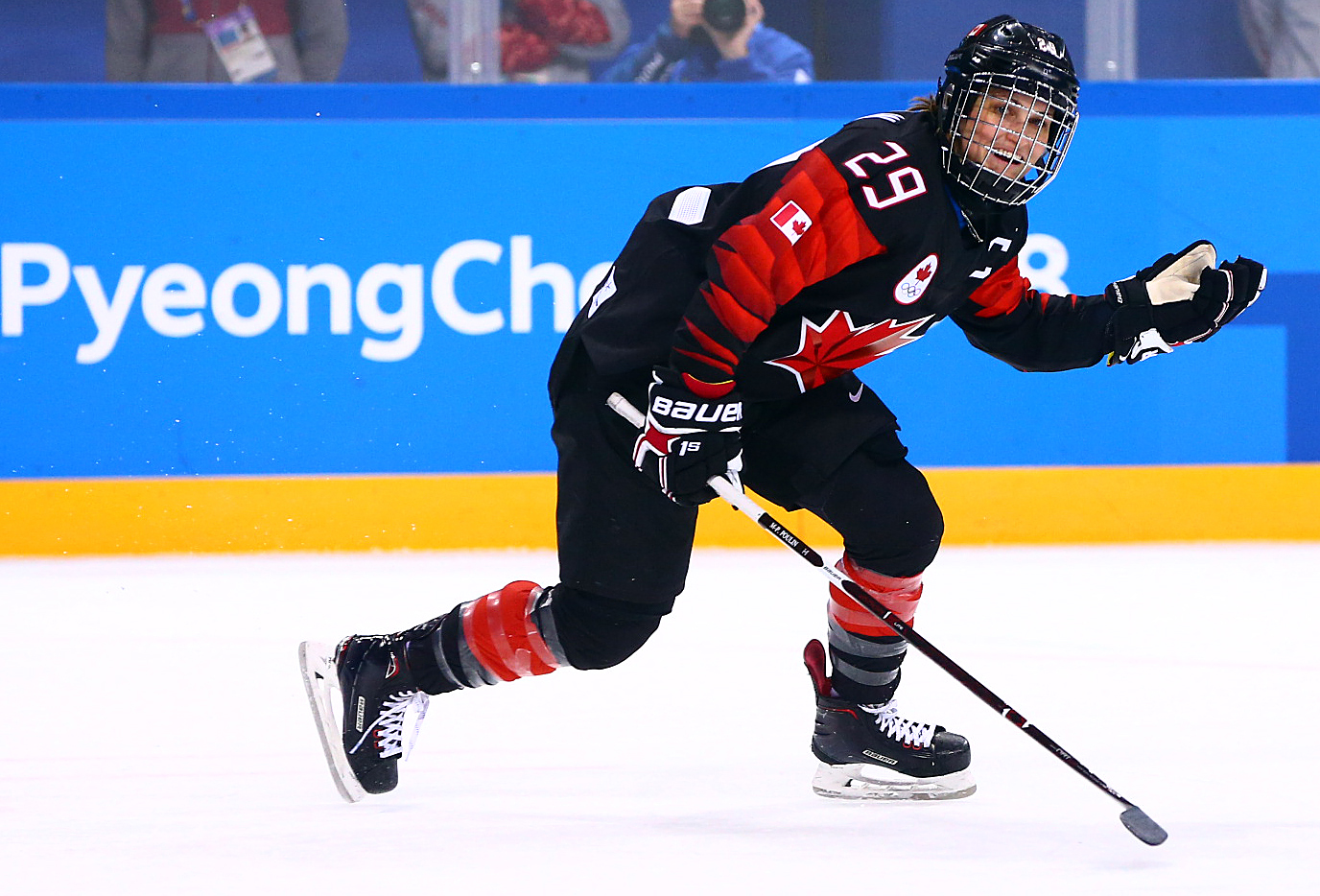 Canada opened the tournament on Sunday with a 5-0 victory over the Olympic Athletes from Russia (OAR). The team will put its perfect record on the line in the marquee game of the preliminary round on Wednesday, taking on the United States.

Like Sunday’s tournament opener, Canada had a strong opening shift. Just 35 seconds into the first period, Agosta took a perfect pass from Daoust and had a wide open net to give the Canadians an early 1-0 advantage.

Canada took a 2-0 lead with 2:49 remaining in the first. Finland captain  Jenni Hiirikoski turned the puck over in front of her own goal, allowing Poulin to quickly beat Finnish netminder Noora Raty with a backhand shot. 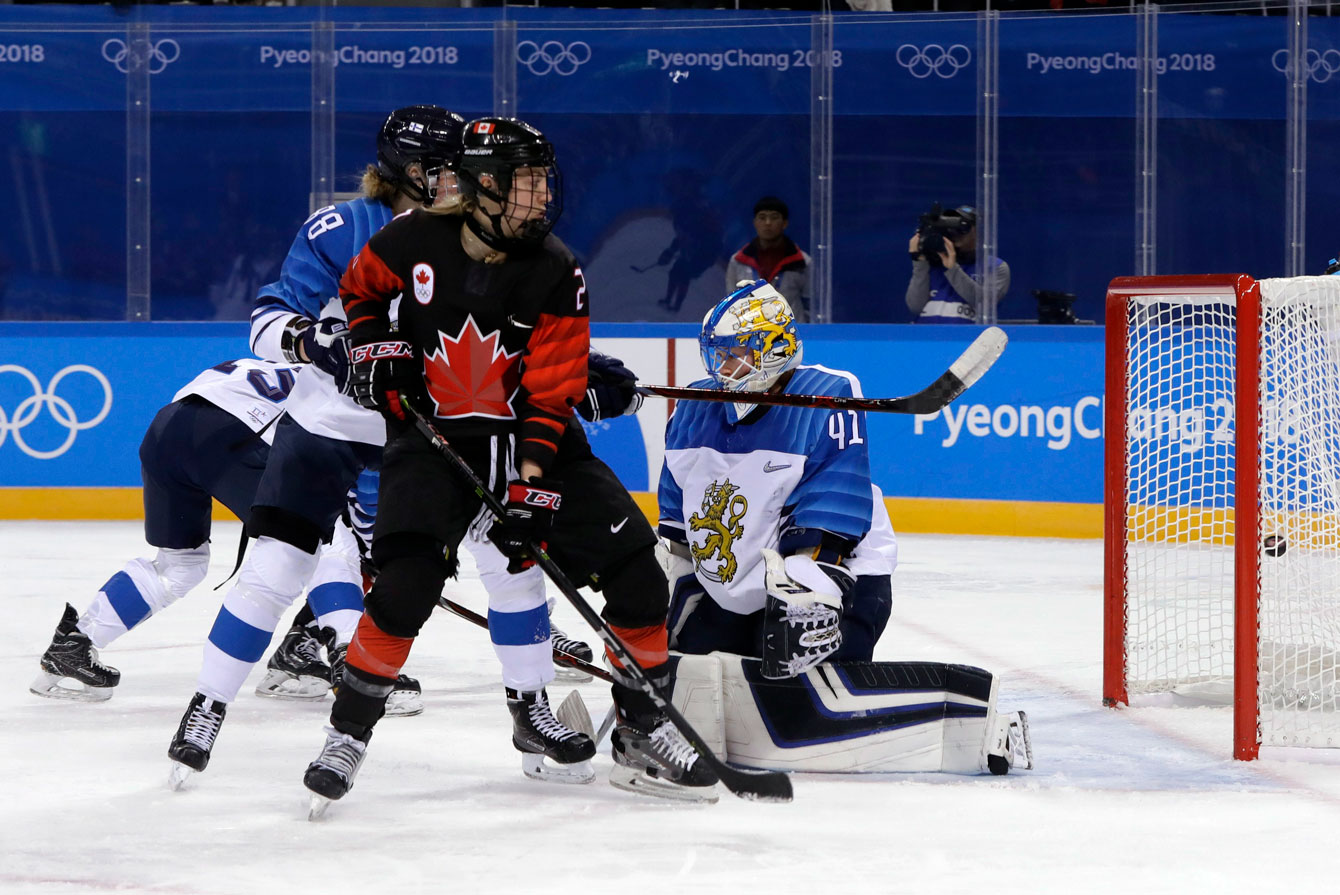 Meghan Agosta (2), of Canada, and Ronja Savolainen, of Finland, watch the puck shot by Melodie Daoust, of Canada, flying into the goal during the second period of the preliminary round of the women’s hockey game at the 2018 Winter Olympics in Gangneung, South Korea, Tuesday, Feb. 13, 2018. (AP Photo/Matt Slocum)

Natalie Spooner nearly gave Canada a 3-0 lead on a power play in the dying seconds of the period, jamming the puck into Raty’s pads along the post. The play was reviewed and the officials ruled the puck did not cross the line.

8:17 into the second period, Daoust faked a slap shot before beating Raty with a wrister through a screen, making it 3-0 Canada. Then with 1:34 remaining in the second, Rebecca Johnston sprung Saulnier on a breakaway and made no mistake, beating Raty with a hard shot to give Canada a 4-0 lead. 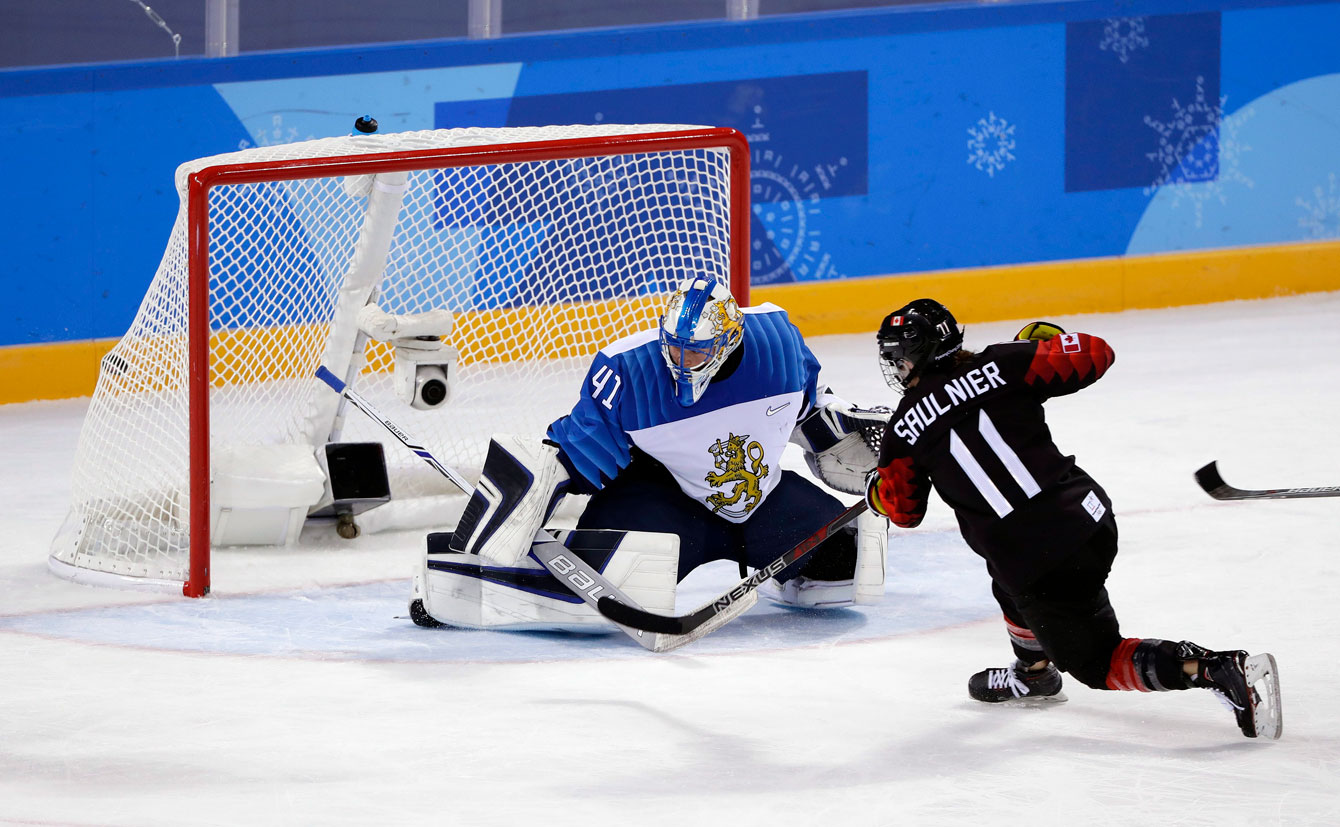 Jillian Saulnier (11), of Canada, scores a goal against goalie Noora Raty (41), of Finland, during the second period of the preliminary round of the women’s hockey game at the 2018 Winter Olympics in Gangneung, South Korea, Tuesday, Feb. 13, 2018. (AP Photo/Frank Franklin II)

Finland got on the board 7:17 into the third period when Riikka Valila banged a rebound past Szabados, making it a 4-1 contest. Finland pressured offensively in the final few minutes of the third, but could not score.

This win gave Canada a bit of revenge on Finland. The Finns defeated the Canadians 4-3 in the preliminary round of the 2017 IIHF Women’s World Hockey Championship. Canada later beat Finland 4-0 in the tournament semifinal.

Next up for the Canadians is a meeting with their top rivals from the United States. That match will take place at 10:10pm ET on February 14.