An eventful opening to the two-man bobsleigh competition has Canada poised for a podium position at PyeongChang 2018.

The sled belonging to Justin Kripps and brakeman Alexander Kopacz are just 0.10 seconds behind the German duo of driver Nico Walther and Christian Poser, who lead the field with a combined time of one minute, 38.39 seconds. 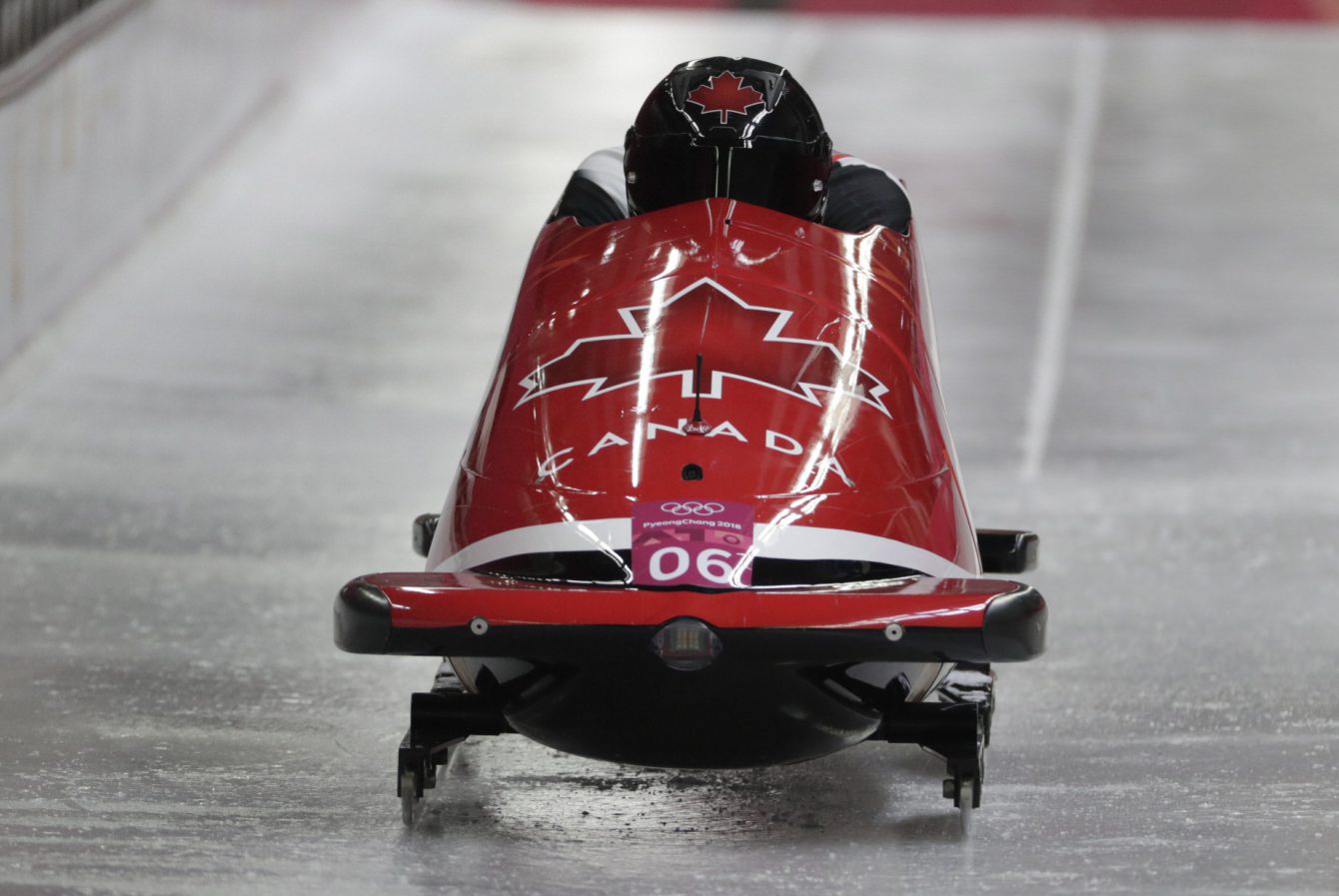 Alexander Kopacz and Justin Kripps of Canada during bobsleigh competition at PyeongChang 2018 on February 17, 2018. (Photo by Jason Ransom/COC)

“The first run was pretty money,” Kripps said looking back on the day, “just one mistake near the bottom. The second was a mistake at the top, we got a bit close coming out of corner two so we’ll have to clean that up tomorrow, but I’m pretty happy with the runs in general.”

Kripps’ sled was second after both runs on Sunday, however the leaders changed. Sochi 2014 four-man silver medallist Oskars Melbardis from Latvia was first with a track record time of 49.08 with Kripps just 0.02 seconds behind following the opening run. A much slower second attempt from Melbardis dropped him and brakeman Janis Strenga to fourth place 0.23 seconds behind Walther and Poser. 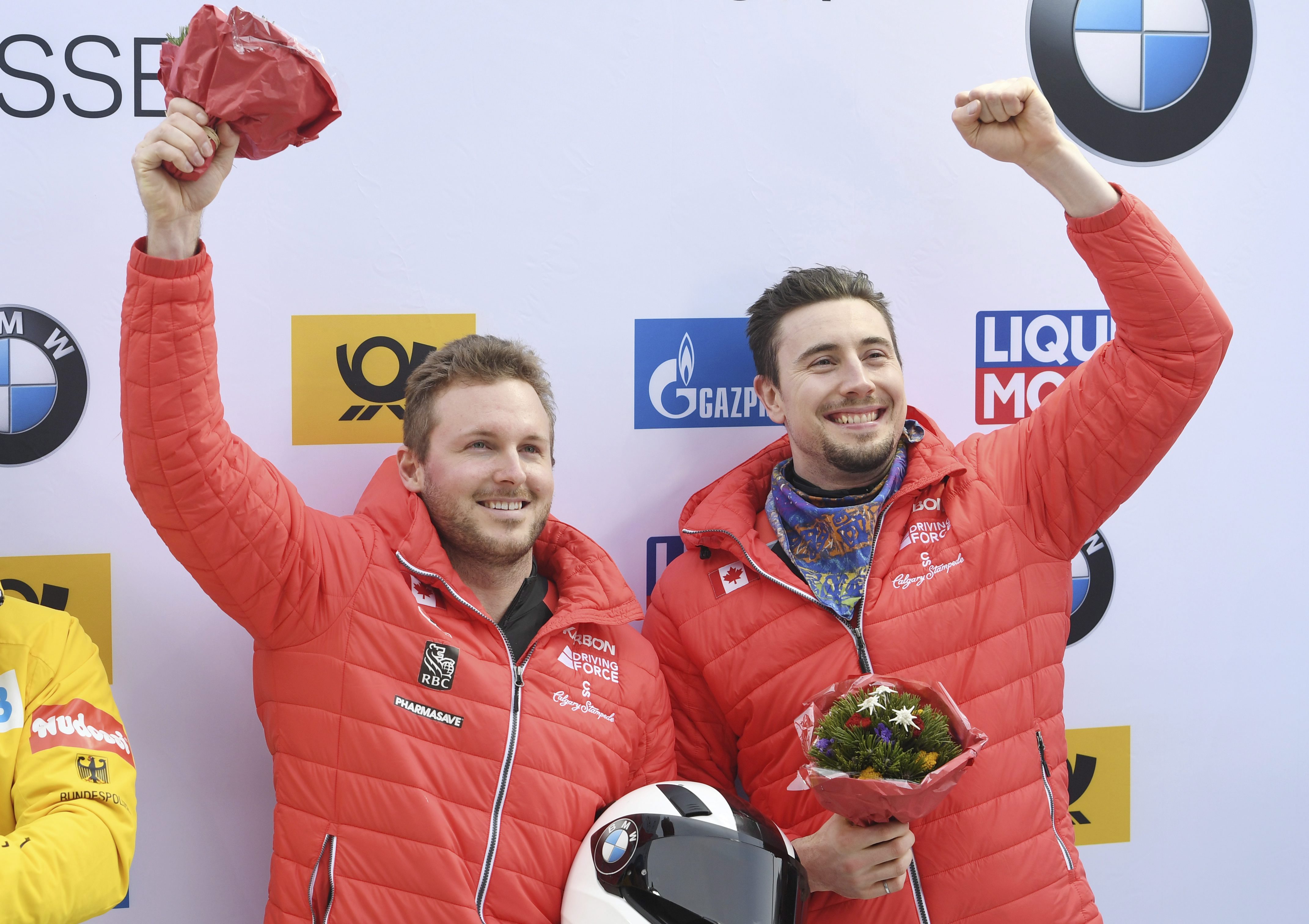 The leading Germans attacked the last curve in the second run so aggressively that their sled turned sideways while crossing the finish line. Despite the mishap, they moved up to first place.

Another German pair – Johannes Lochner and Christopher Weber – are in third just 0.09 behind Kripps’ sled. A third German team featuring Francesco Friedrich and Thorsten Margis are in fifth place, within 0.10 seconds of the Olympic podium.

Two other Canadian sleds are tied for 10th place with a time of 1:38.96. Nick Poloniato pushed by Jesse Lumsden, and Christopher Spring with two-time Olympic medallist Lascelles Brown are driving under the Canadian flag. 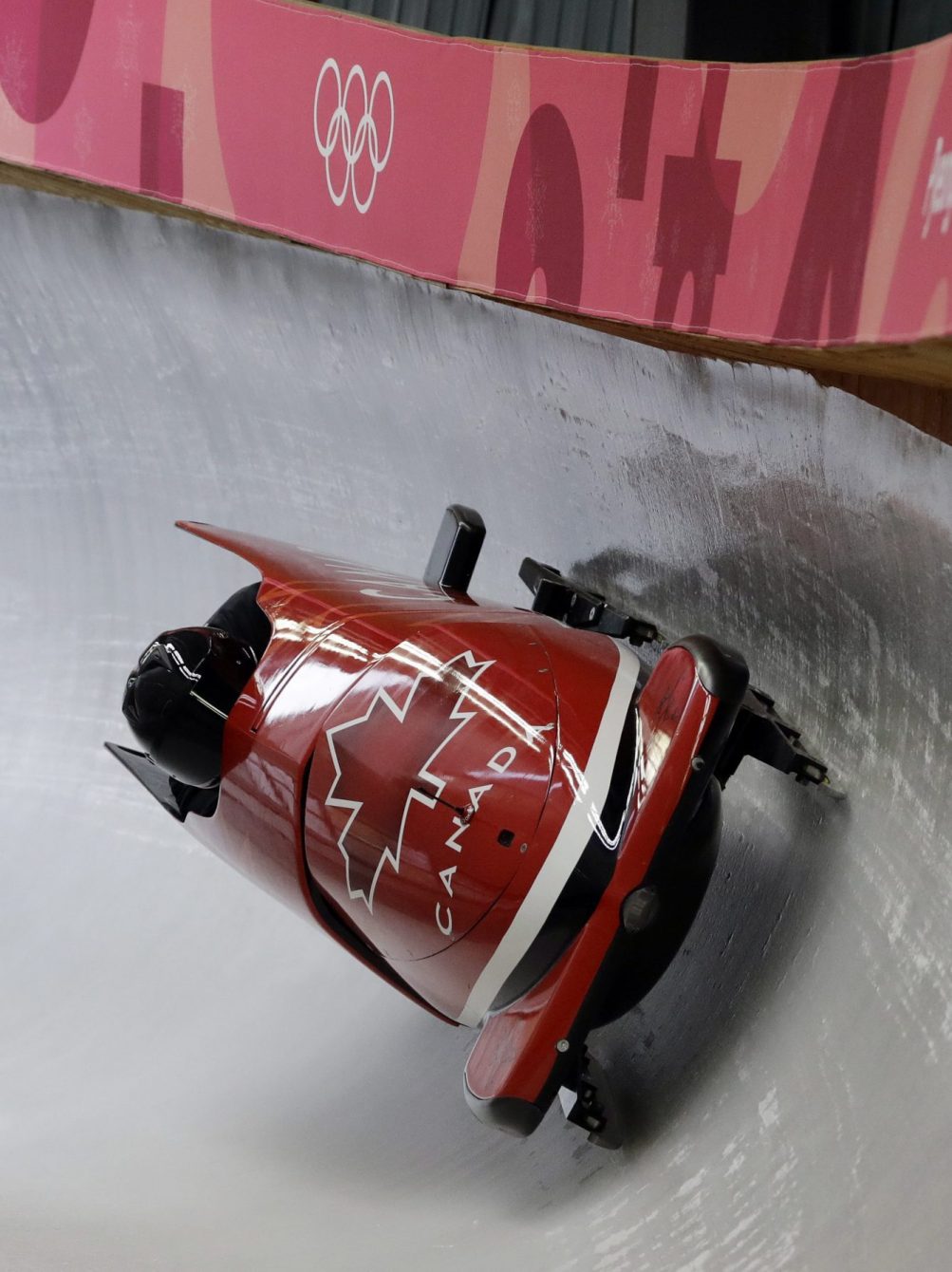 With five sleds within striking distance, and drivers lunging their sleds toward the finish line after the first day, a wild finish awaits on Monday where anything can happen in the last two runs that will determine the medal winners.

“We put together two pretty good runs today,” said Kripps. “Not as good as I wanted, we’re always searching for perfection but all-in-all pretty good and a great start, we’re sitting in second and that’s a great way to go into day two.”