Technically it was one and done for Cassie Sharpe on Tuesday. For good measure, the Canadian put in an even bigger second run that put Olympic gold in women’s ski halfpipe out of the reach of her rivals.

“It hasn’t really sunk in yet, but it’s just an incredible feeling. Just putting all my hard work into this, it’s just everything wrapped up into one,” Sharpe said after becoming Olympic champion at PyeongChang 2018. 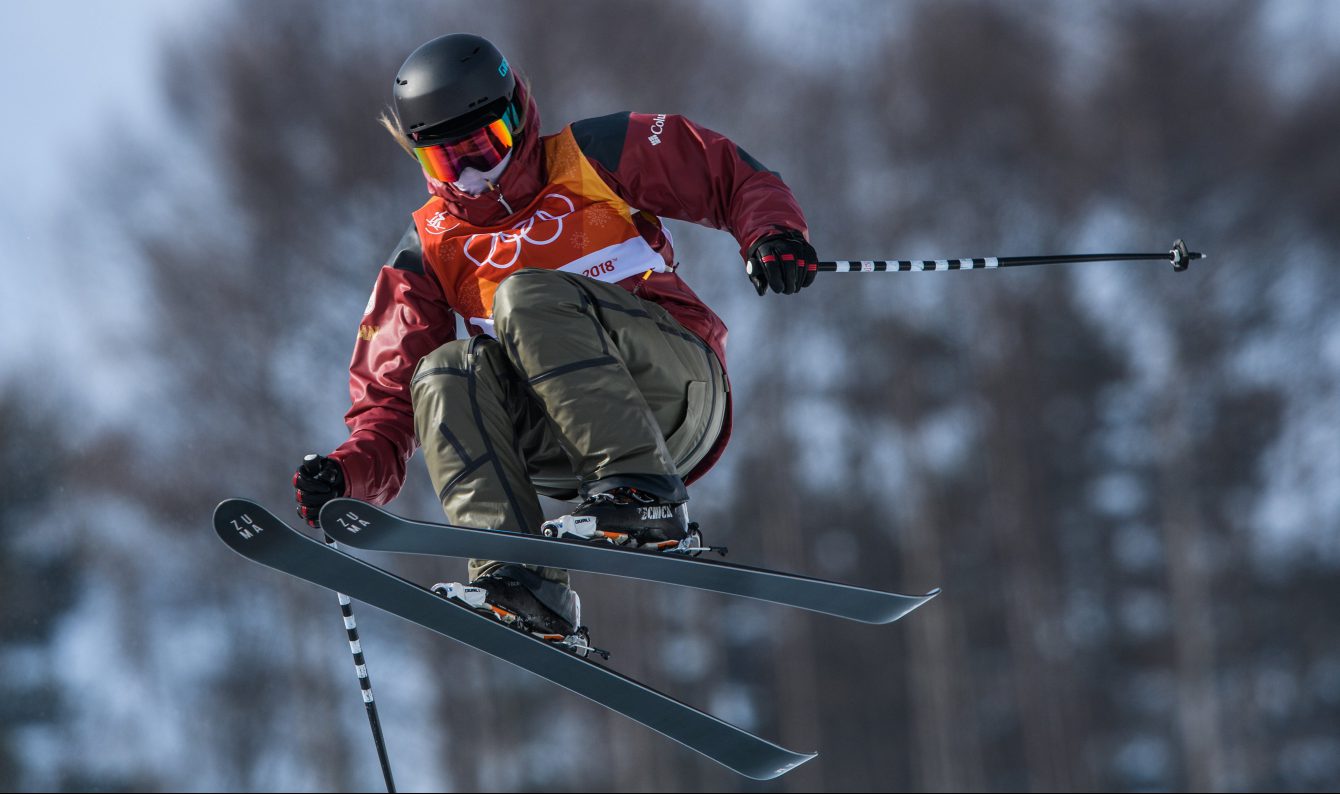 The 25-year-old freestyle skier was first after qualifying in her Olympic debut on Monday, giving her the chance to go last during the three-run final a day later. In a bid to bring Canada it’s first-ever Olympic medal in the women’s event (Mike Riddle won a silver on the men’s side at Sochi), being the final competitor is what Sharpe craved. While her start order was decided, how well she would respond to the pressure was still to be seen.

“Being in the last position is the best. I think a lot of girls don’t like it, but I can be at the top and know that I have won, or haven’t and I really need to push it.”

She quickly learned she needed to put up a big number. Sharpe’s opening run was preceded by three massive performances from returning Olympians, each one outscoring the previous skier. Rarely do the best in the field deliver so consistently in the order as expected. 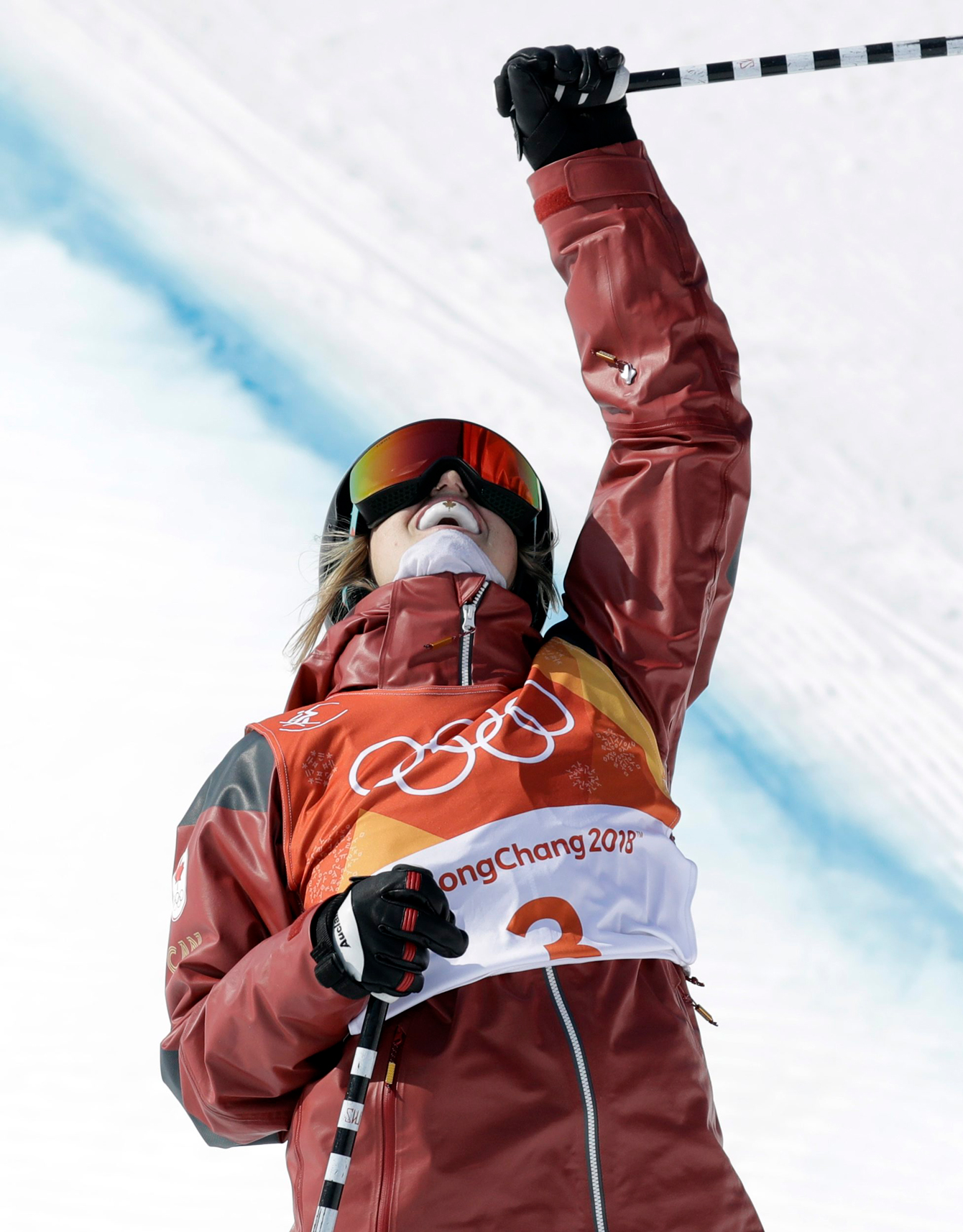 Cassie Sharpe reacts after one of her runs during the Olympic women’s ski halfpipe final on February 20, 2018.

With defending champion Maddie Bowman unable to regain her Sochi form, her compatriot Annalisa Drew of the United States had the first big run of the day scoring 86.80, this was followed immediately by another American, Brita Sigourney, registering 89.80. Drew and Sigourney were ninth and sixth, respectively, at Sochi 2014. If that wasn’t challenging enough, silver medallist from four years ago, France’s Marie Martinod, really cranked it up with a 92.20 on the next run, putting pressure on the Canadian to rise above.

“I’ve been training so hard to get that run consistent and I just wanted to come out here strong with that first run. After I landed that I was like ‘OK, this is it, you can do this, if you land the second run you can bump your score,’” said Sharpe.

Fittingly, the Canadian with a sense of occasion likes to sing hip hop act M.O.P.’s  “Ante Up” before every run, she revealed on Monday. With the field in form, Sharpe had to raise the stakes, pulling out all the tricks required to land in first place. Her opening effort drew a 94.40 from the judges.

“That was kind of the moment where I was like ‘I can’t believe I’m here’. It was wild.” 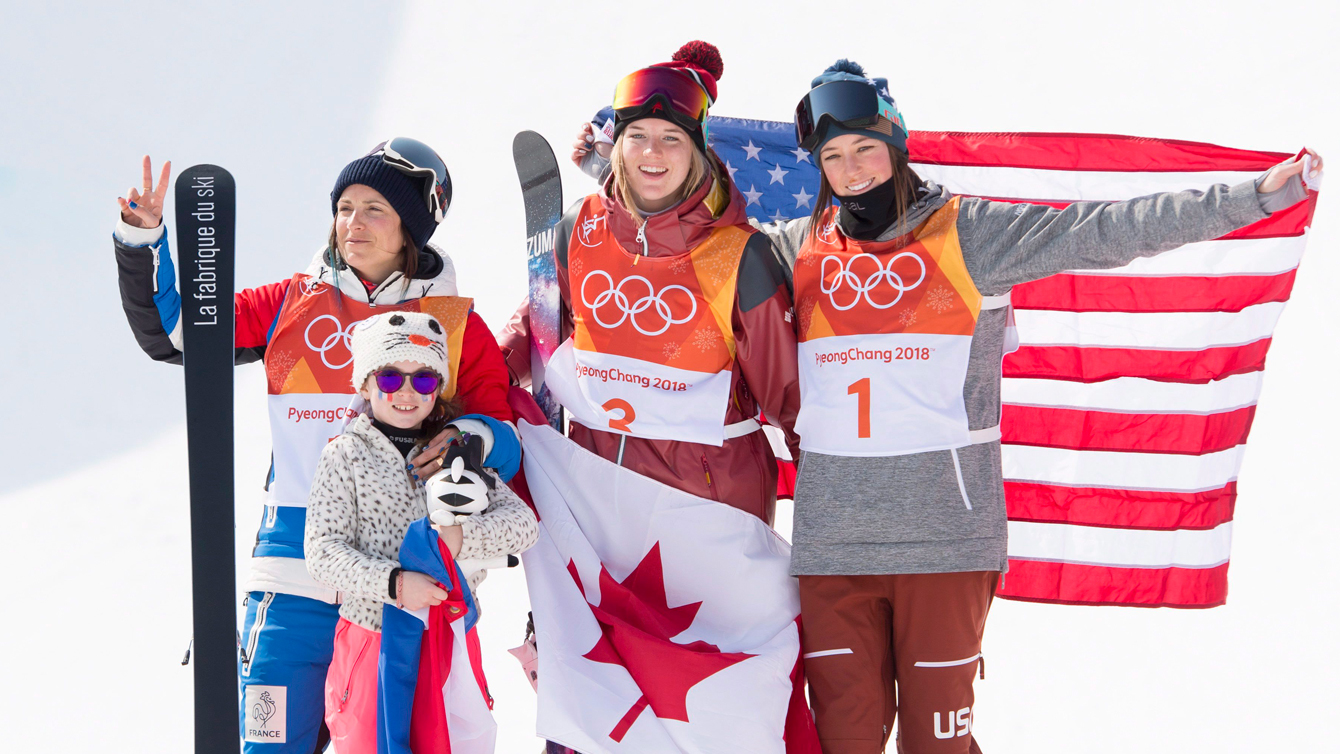 She firmly put herself in first and the burden squarely back on the field to beat her. The other skiers certainly responded, but none could dislodge the Canadian from the top of the leaderboard. Martinod increased her best score slightly to 92.60 on the second run, while Drew and Sigourney both got into the 90s, the latter taking bronze with 91.60.

To fully secure her crown, Sharpe stepped up and beat her own high score, wresting a 95.80 from the judges on her second try as she felt she could earlier. It went almost exactly according to plan.

“My second run is a run I have been working hard for a long time and I feel like I grabbed every trick and I went big and it is a run I definitely feel proud of,” Sharpe said of her winning run.

“I didn’t quite get to stomp that perfectly that was kind of what I was planning to do last run but I feel like I had done enough that I could win.” 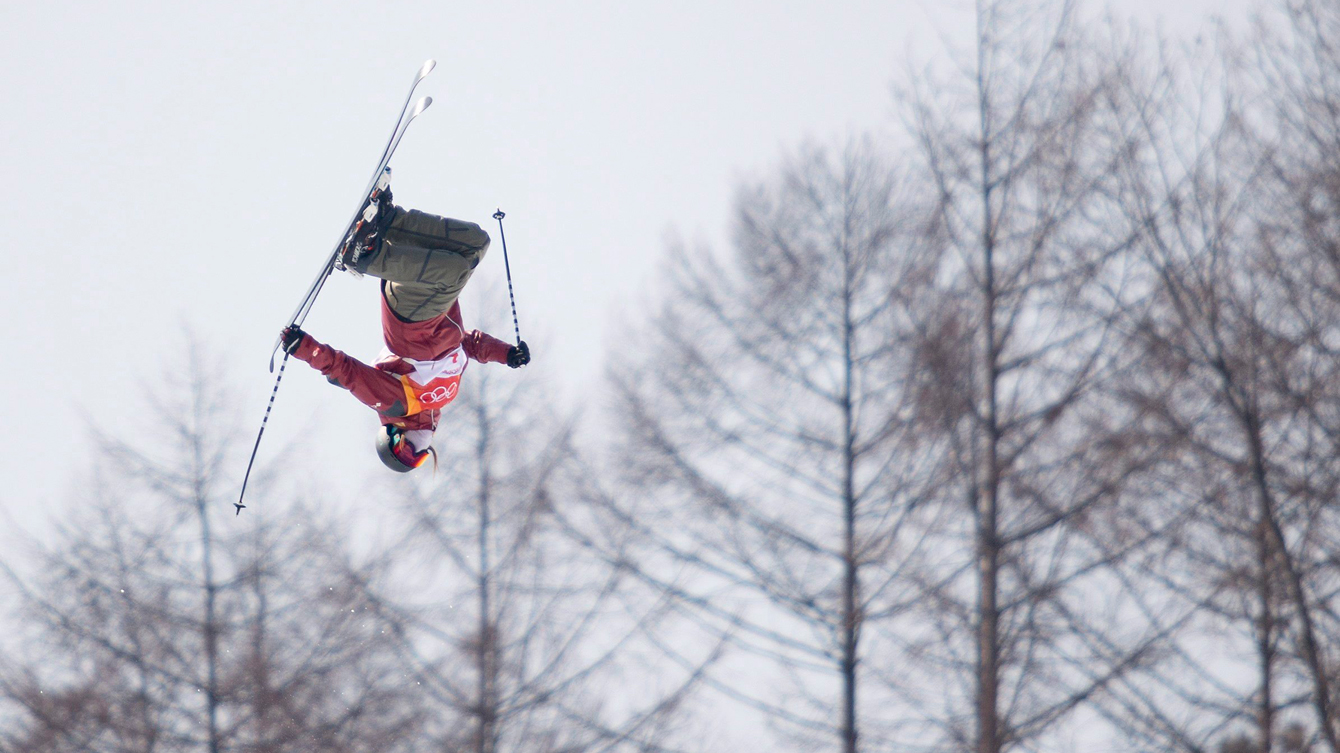 Cassie Sharpe flies through the air during the Olympic women’s ski halfpipe final on February 20, 2018.

“It’s definitely from the guys on my team,” Sharpe responded when asked how she draws motivation. “They just push me so much, to do things that I don’t necessarily want to do a lot of the time, but then I’m glad that I did them. They inspire me.”

The Canadian burst onto the scene at the world championships three years ago with a silver medal and has only grown in strength. Through a stress fracture in her back and a broken thumb in the last couple of years, Sharpe continued to endure.

“Training every day, so much to the point that I’m like ‘I don’t want to anymore, I want to have fun.’ But it is fun for me. My job is my favourite thing to do. So it’s been a lot of time on snow, and the gym, and training. It’s just been over and over again.” 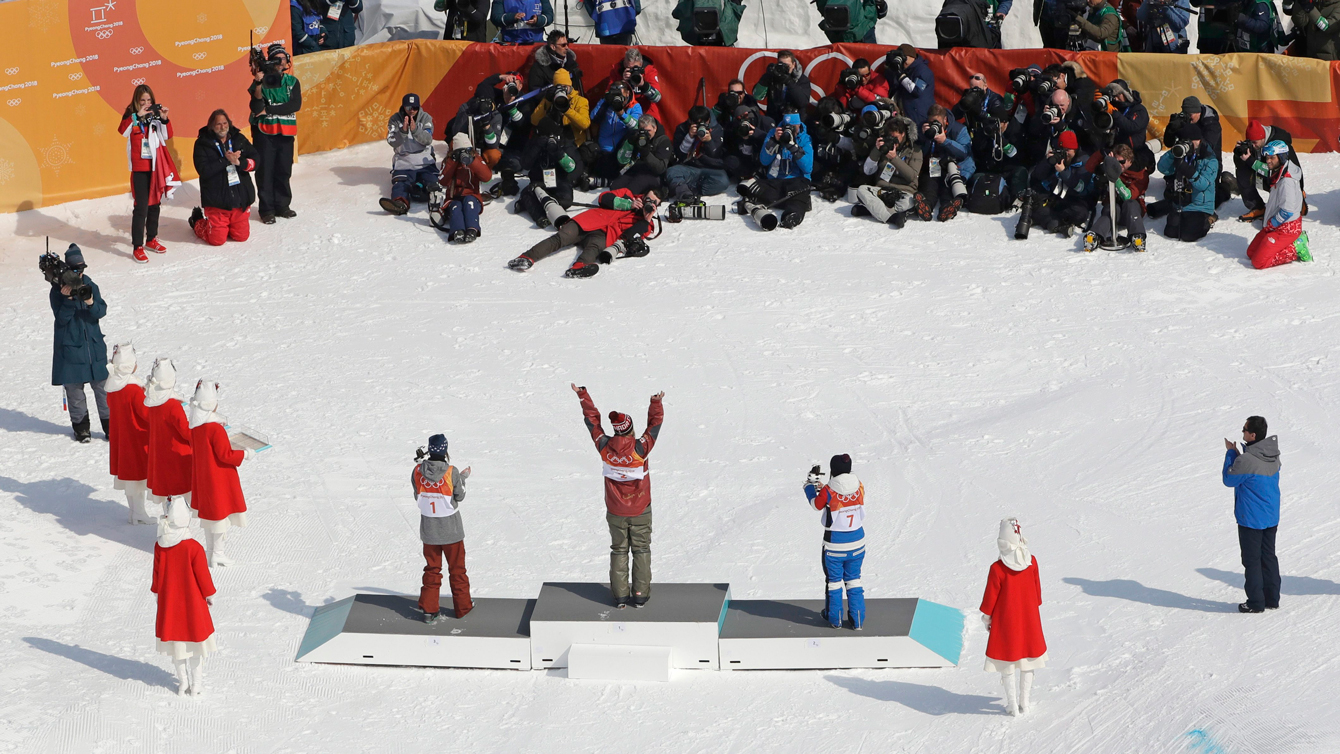 With job done at the Olympics, Sharpe will now turn her focus on those who helped her get to the top.

“I’ve got 15 people over there yelling at me,” she said of her family members that made the trip. “I can’t wait to go see them. The support is unbelievable. They just push you, they let you know that they’re there.”

That support fueled the surgical precision with which Sharpe dissected the slopes of Phoenix Snow Park on Tuesday. Now the second part of her reward will be to spend time with her biggest backers.

“It’s hard being in this sport, we travel so much. It’s hard to maintain friendships with a lot of people who just don’t want to put in the effort. So having your family that supports you so much, means a lot.”