Canada can still leave PyeongChang 2018 on a high note in women’s curling—they just won’t be leaving with a medal.

After a 6-5 loss to Great Britain on Tuesday evening (Canadian time), Rachel Homan’s rink saw its round-robin record fall to 3-5. With just one draw remaining, it’s no longer a mathematical possibility for them to reach the medal round.

The team of Homan, Emma Miskew, Joanne Courtney and Lisa Weagle fought back from three losses at the start of the competition to post three straight wins and put themselves back in contention. But with two more losses, they’ll now simply be playing for pride in their final game in South Korea. 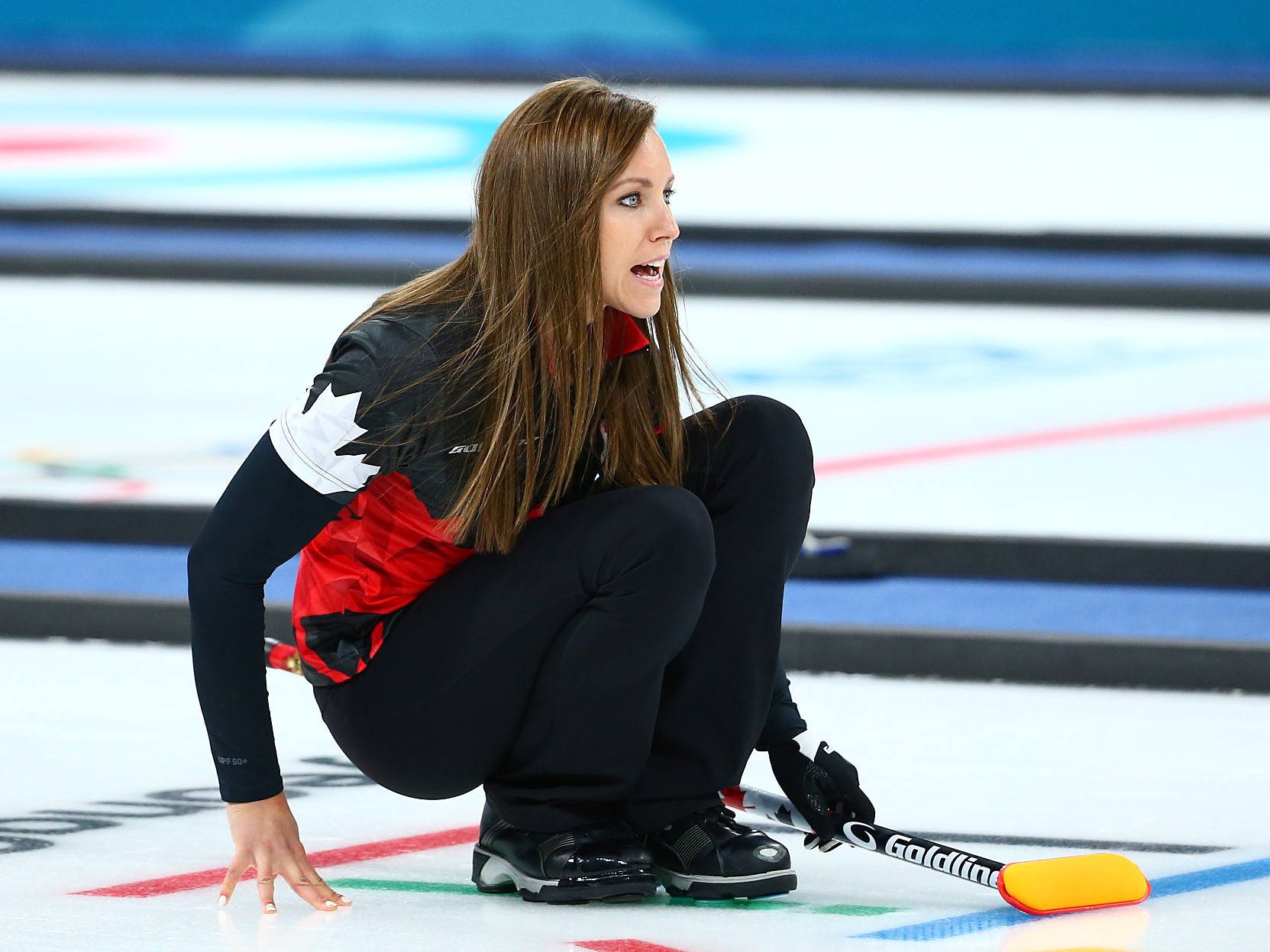 Rachel Homan of Canada shouts to her teammates as Canada play Switzerland at the Gangneung Curling Centre during the PyeongChang 2018 Olympic Winter Games in PyeongChang, South Korea on February 18, 2018. (Photo by Vaughn Ridley/COC)

On Tuesday, Great Britain skip Eve Muirhead had the hammer in the first end, but could score just one thanks to some strategic play by Team Homan.

The Canadians had a chance at a big end in the second, as a Homan draw to the 8-foot would have scored three. But Homan, who’s struggled with draw weight throughout the competition, was light with the hammer. The Canadian skip threw her broom away in disappointment afterwards, although her team did score a pair of points.

Canada set themselves up for a steal of one in the third, then forced Muirhead into a single in the fourth and blanked the fifth to hold a 3-2 lead at the midway point. Though it looked like Homan would blank the sixth as well with a peel, it instead turned into a hit-and-stay that scored one and conceded the hammer to Muirhead.

Homan did get what she was looking for with her first stone in the seventh, nailing a double takeout and sticking around in the 4-foot to lie two. Muirhead then executed a double takeout of her own, and the final product was another blanked end.

In the eighth, a nice hit and roll from Muirhead with her first stone had Great Britain set up for two. All she needed was an easy draw to the 4-foot with the hammer to tie the game up at 4-4. 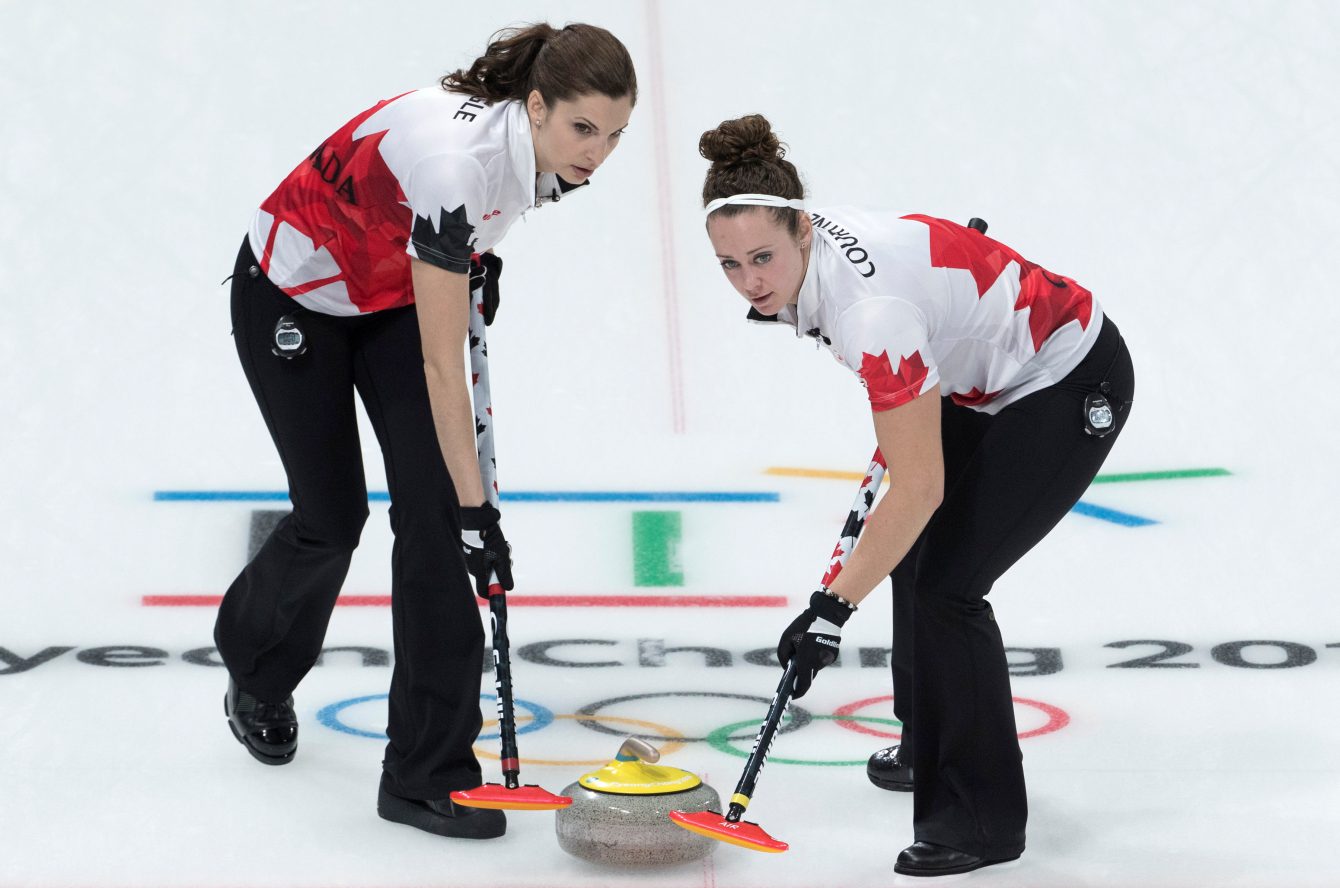 In the ninth, Homan deftly drew to the top 4-foot with her first stone to lie two. In a similarly pressure-packed moment, Muirhead pulled off a double runback—and suddenly, it was Great Britain lying two. Homan had no choice but to draw for one and take a 5-4 lead—but not the hammer—into the 10th end.

Great Britain predictably packed the house, and some misses from Canada left them unable to prevent Muirhead’s rink from scoring a pair and taking the victory.

Team Homan’s final draw of the round robin is against the Olympic Athletes from Russia on Wednesday morning (6:05 a.m. ET/3:05 a.m. PT).

Kevin Koe’s rink is also in action on Day 12, looking to solidify their positioning in the semifinals with their last draw of the round robin, against Denmark (12:05 a.m. ET Wednesday/9:05 p.m. PT Tuesday).