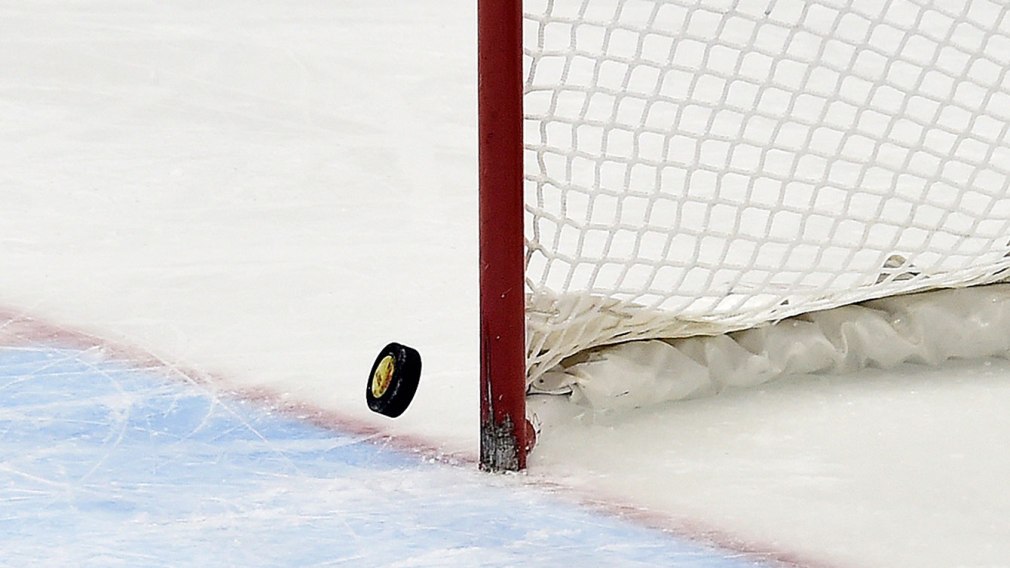 As Team Canada prepares to take on Team USA in the PyeongChang 2018 gold medal match, take a look at some of the best shots from our previous Olympic women’s hockey victories. 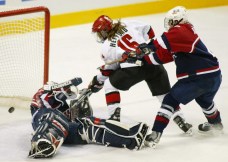 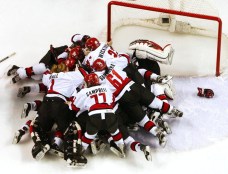 Canadian players pile on one another as the game ends in their 3-2 victory over the United States during the gold medal game in the 2002 Salt Lake City Winter Olympics Saturday, Feb. 16, 2002. (AP Photo/Kevork Djansezian) 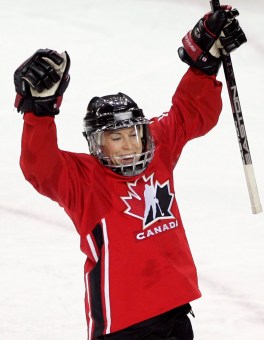 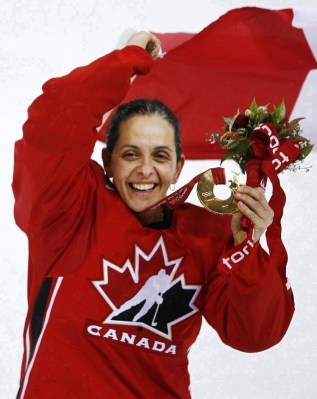 FILE–Canada’s Danielle Goyette shows off her medal as she celebrates her team’s 4-1 victory over Team Sweden to win the gold medal in women’s hockey at the Turin 2006 Winter Olympic Games Monday, Feb. 20, 2006 in Turin, Italy. One of Canada’s most decorated female hockey players is calling it quits. Goyette says she feels a mixture of excitement and sadness in announcing her retirement from the women’s national team. THE CANADIAN PRESS/Paul Chiasson

Canada’s Haley Irwin and teammate Cherie Piper (right) pose with their gold medals after defeating the USA in the women’s final ice hockey game at the Vancouver 2010 Olympics in Vancouver, Thursday Feb.25, 2010. Piper has retired from the Canadian women’s hockey team.The 31-year-old forward from Toronto is the third player to make that announcement in the past week following forward Sarah Vaillancourt of Sherbrooke, Que., and goaltender Kim St. Pierre of Chateauguay, Que. THE CANADIAN PRESS/Adrian Wyld

Canada’s Lauriane Rougeau, Rebecca Johnston, and Laura Fortino, left to right, celebrate after beating the USA 3-2 in overtime to win the gold medal in the women’s hockey final at the Sochi Winter Olympics Thursday, February 20, 2014 in Sochi. Fortino felt like every single person in the Bolshoy Ice Dome was screaming “Shoot!” The Canadian defenceman had the puck on her stick in overtime of the Olympic women’s hockey final in 2014.THE CANADIAN PRESS/Paul Chiasson 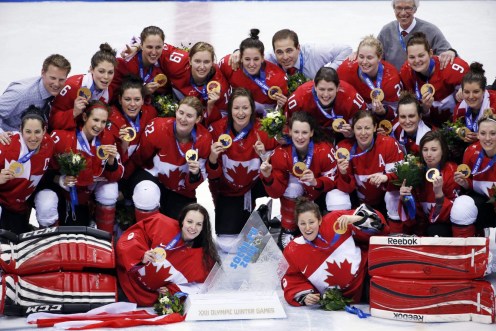 FILE – In this Feb. 21, 2014, file photo, members of Team Canada pose for a photo with their gold medals after the awards ceremony for the women’s ice hockey tournament at the 2014 Winter Olympics in Sochi, Russia. Wearing the big maple leaf on the chest and playing hockey comes with the burden of history and tradition where only one outcome is acceptable for Canadians in the Winter Games. Bring home gold. Yes, that’s a lot of pressure, but hockey is Canada where boys and girls grab sticks and start whacking at pucks almost as soon as they start walking. (AP Photo/Petr David Josek, File)