In an intense duel between two of the best multi-event athletes in the world, Canada’s Damian Warner came up just shy of gold, but set a national record and five personal bests in the process this weekend in Birmingham, England.

At the IAAF World Indoor Championships, the Canadian Olympic bronze medallist from Rio 2016 in the decathlon had set sights on heptathlon gold on British soil. In the end Kevin Mayer of France, who won Olympic silver in Brazil sharing a podium with Warner, claimed the top spot by just five points over his Canadian rival. 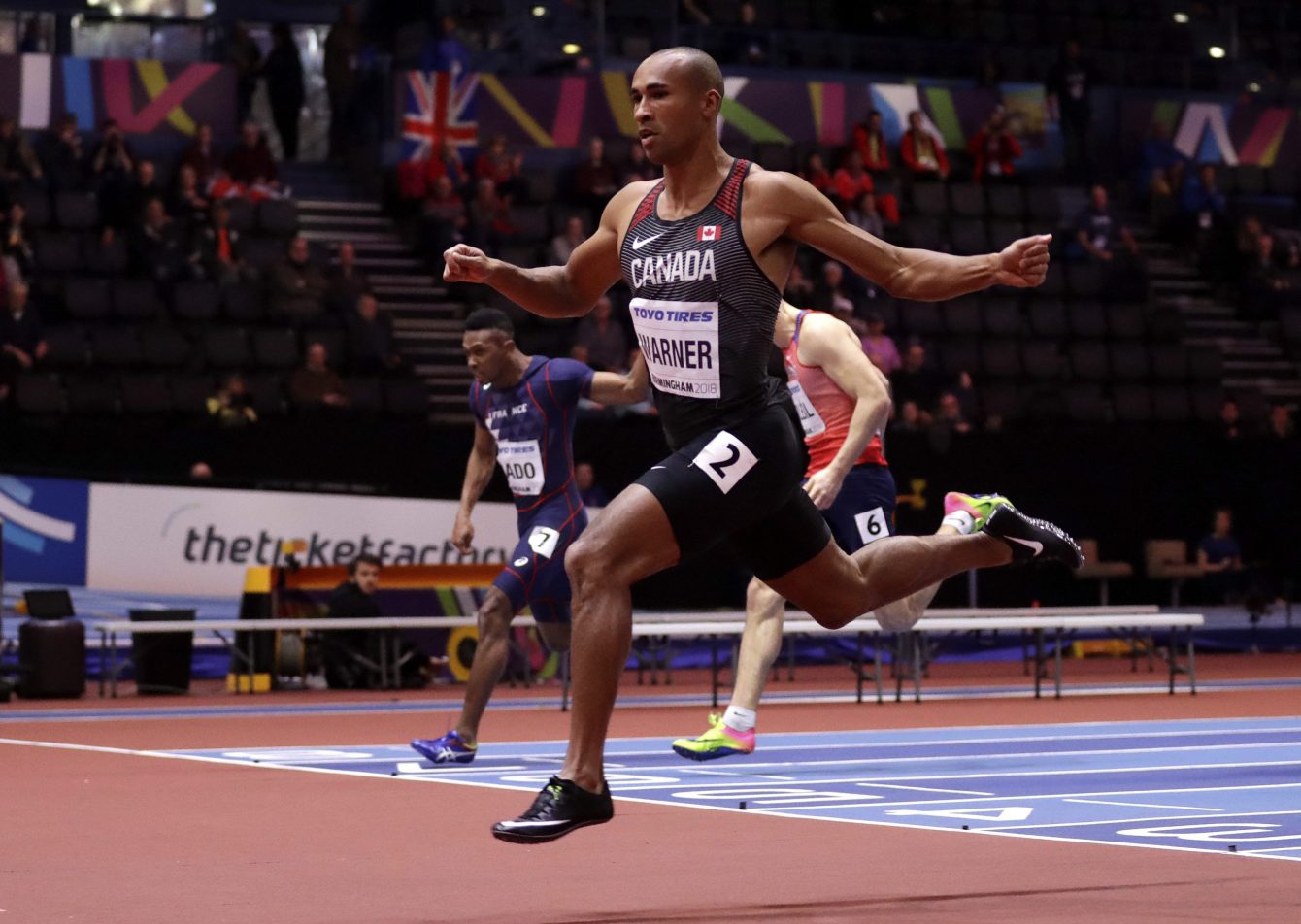 Warner started strong setting a personal best of 6.74 seconds in the 60 metres for 977 points toward his cause on Friday. It was by far the fastest time clocked in the opening contest of the seven event competition. However, Mayer too delivered with a personal best of 6.85s for 936 points, not letting Warner get too far in one of his strongest events.

Mayer had the better long jump between the two in the next contest, measuring at 7.55 metres for another personal best and 947 points. Warner registered 7.39m and 908 points.

The Frenchman had a chance to really pull away from Warner in the shot put, being the strongest in the field in this discipline. While Mayer’s 15.67m put was the best and earned him another 831 points, Warner stepped up and delivered his second personal best of the day with a put of 14.90m. That netted the Canadian 784 points, keeping the deficit closer than expected. 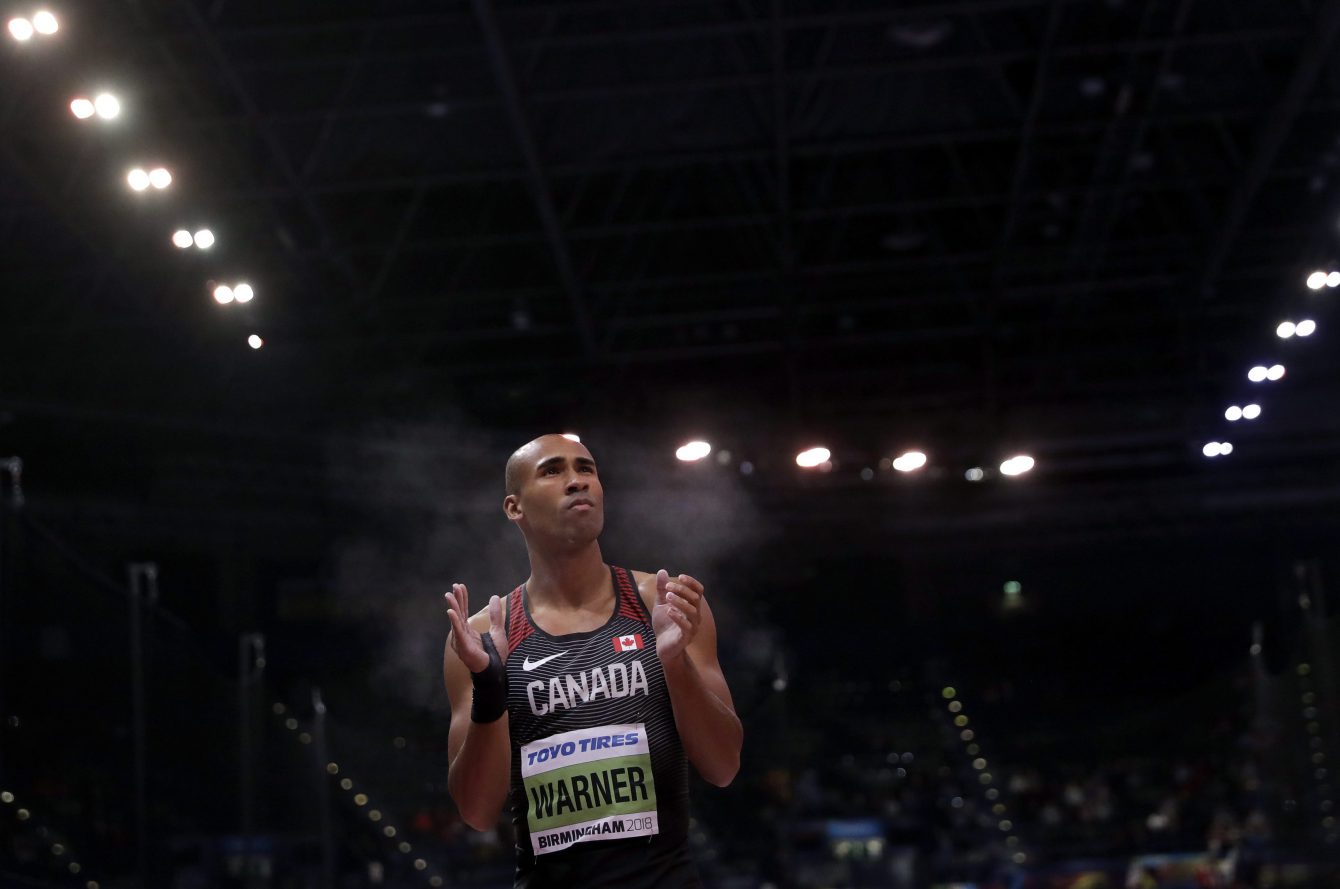 The final event of Day 1 saw both Warner and Mayer clear 2.02m in high jump, both men gaining 822 more points each, while the Canadian set yet another personal best.

Day 2 started back on the track where Warner again had the fastest time, crossing the tape at 7.67s in the 60-metre hurdles. A season’s best for the Canadian and 1,066 points in the bank, but as he did in the sprint on the opening day, Mayer stayed close clocking 7.83s for 1025.

The penultimate event of the heptathlon saw Warner sail to another personal best – his fourth in six events – in the pole vault. The 4.90m cleared by the Canadian gave him 880 points, just 30 fewer than Mayer, whose 5.00m jump earned 910. 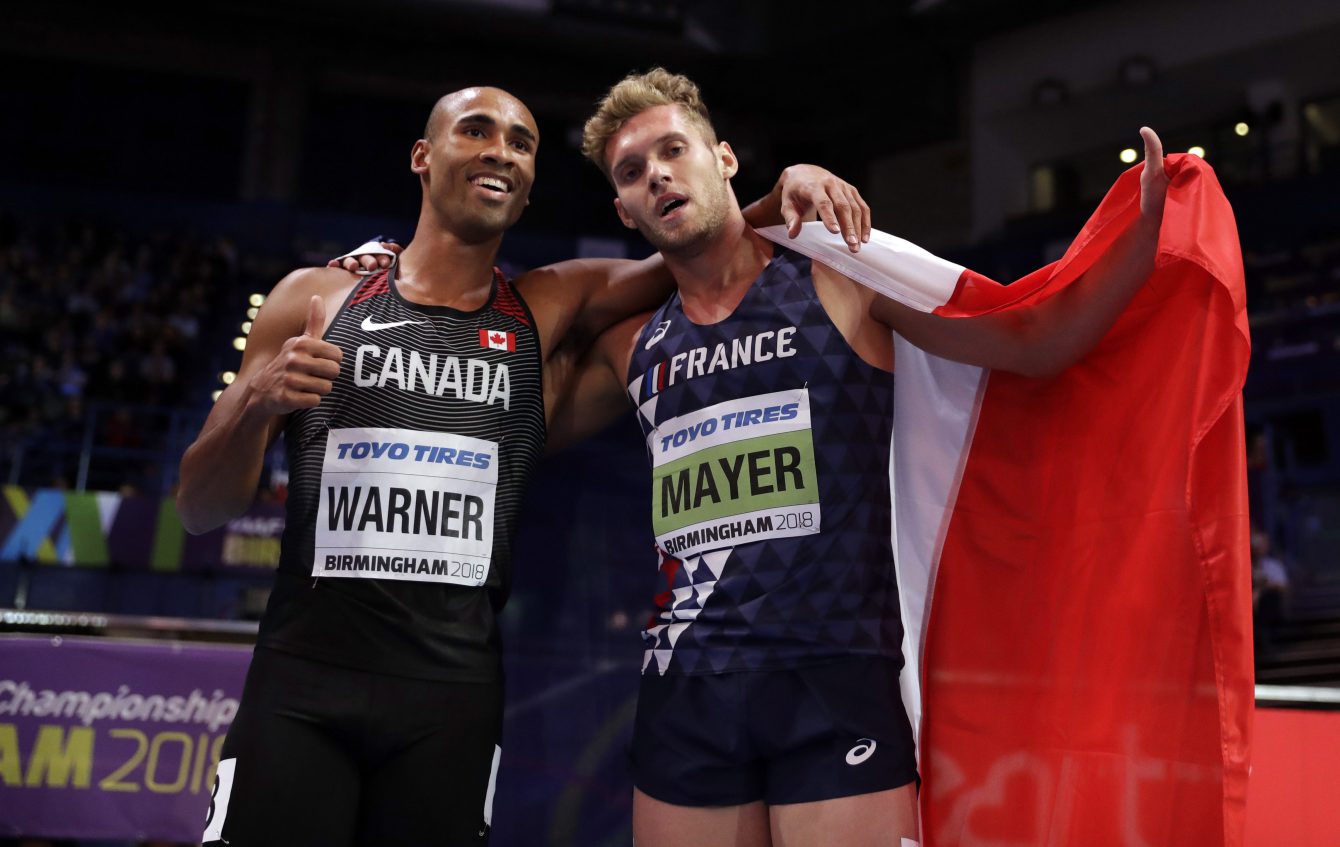 Heading into the last event, Mayer led Warner by only 34 points and the two men would return to the track to settle the competition in the 1,000 metres. Incredibly, Warner again registered an indoor personal best, his fifth of the competition, running to the tape in 2:37.12 for 906 points. Mayer however, remained close with a season’s best of 2:39.64. The resultant 877 points for the Frenchman was enough to edge Warner by a mere five points.

The 6,343 points earned by Warner set a Canadian heptathlon record, which handsomely complements his national decathlon benchmark of 8,695 points at the Beijing 2015 world championships (outdoor).

Marcel Uibo of Estonia was third in Birmingham with 6265 points.