Kaitlyn Weaver and Andrew Poje danced their way back to the world championship podium, winning bronze in Milan, Italy on Saturday.

Weaver and Poje had been sitting in third place after the short dance, just over two points back of Americans Madison Hubbell and Zachary Donohue and with less than a point lead over fourth-placed Italians Anna Cappellini and Luca Lanotte. 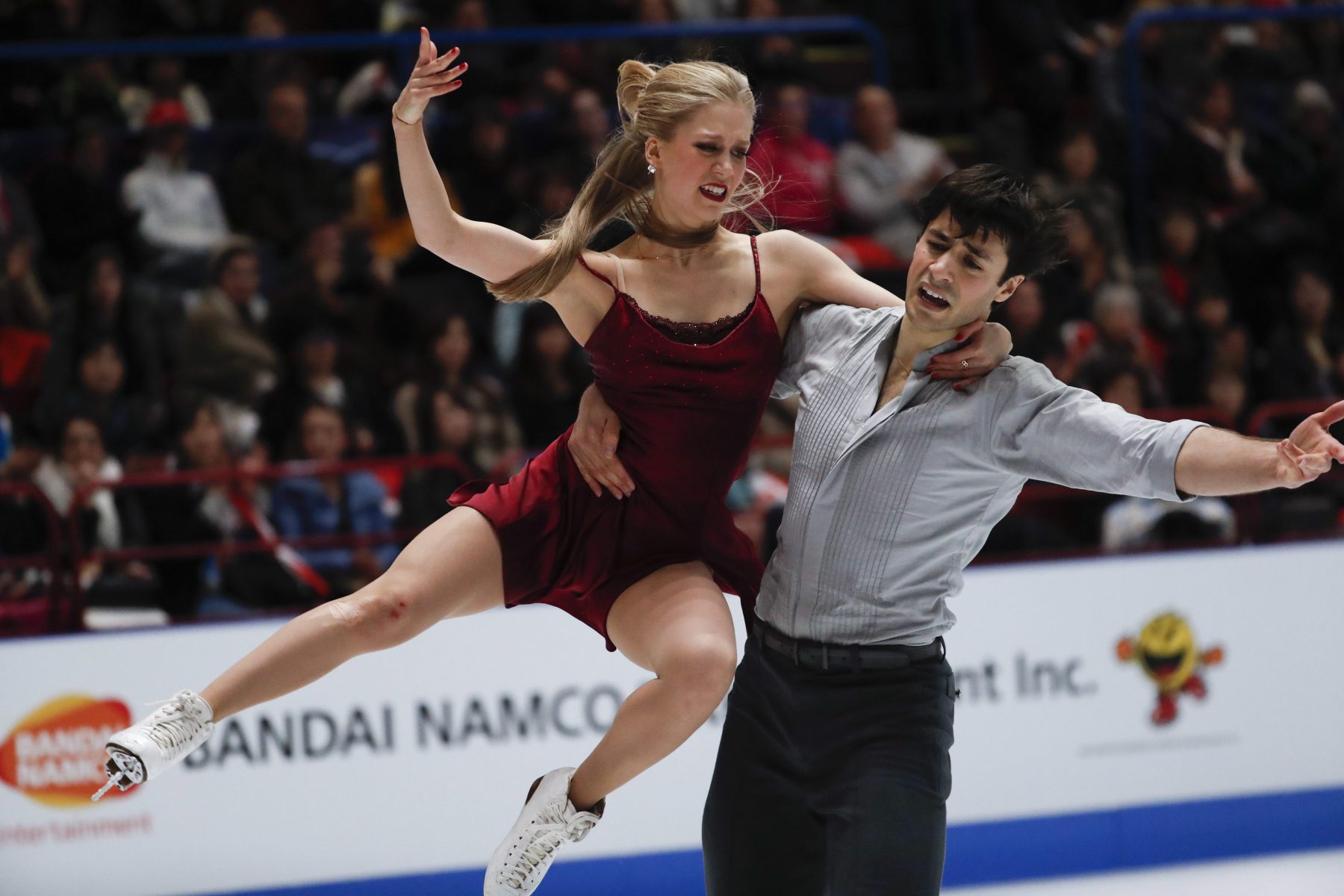 Skating in front of their home crowd in what is expected to be their final competitive performance, Cappellini and Lanotte scored 114.62 before Weaver and Poje took to the ice. The Canadians then got their own career high score, 114.04, after receiving level 4 on all of their elements but their circular step sequence. Taking advantage of the margin they had coming into the free dance, Weaver and Poje claimed the bronze medal with an overall total of 192.35 points to the Italians’ 192.08.

As expected, France’s Gabriella Papadakis and Guillaume Cizeron won their third world title, breaking their own world record mark in the free dance with 123.47 points. They also surpassed the overall record total set by Tessa Virtue and Scott Moir at PyeongChang 2018 with 207.20 points. 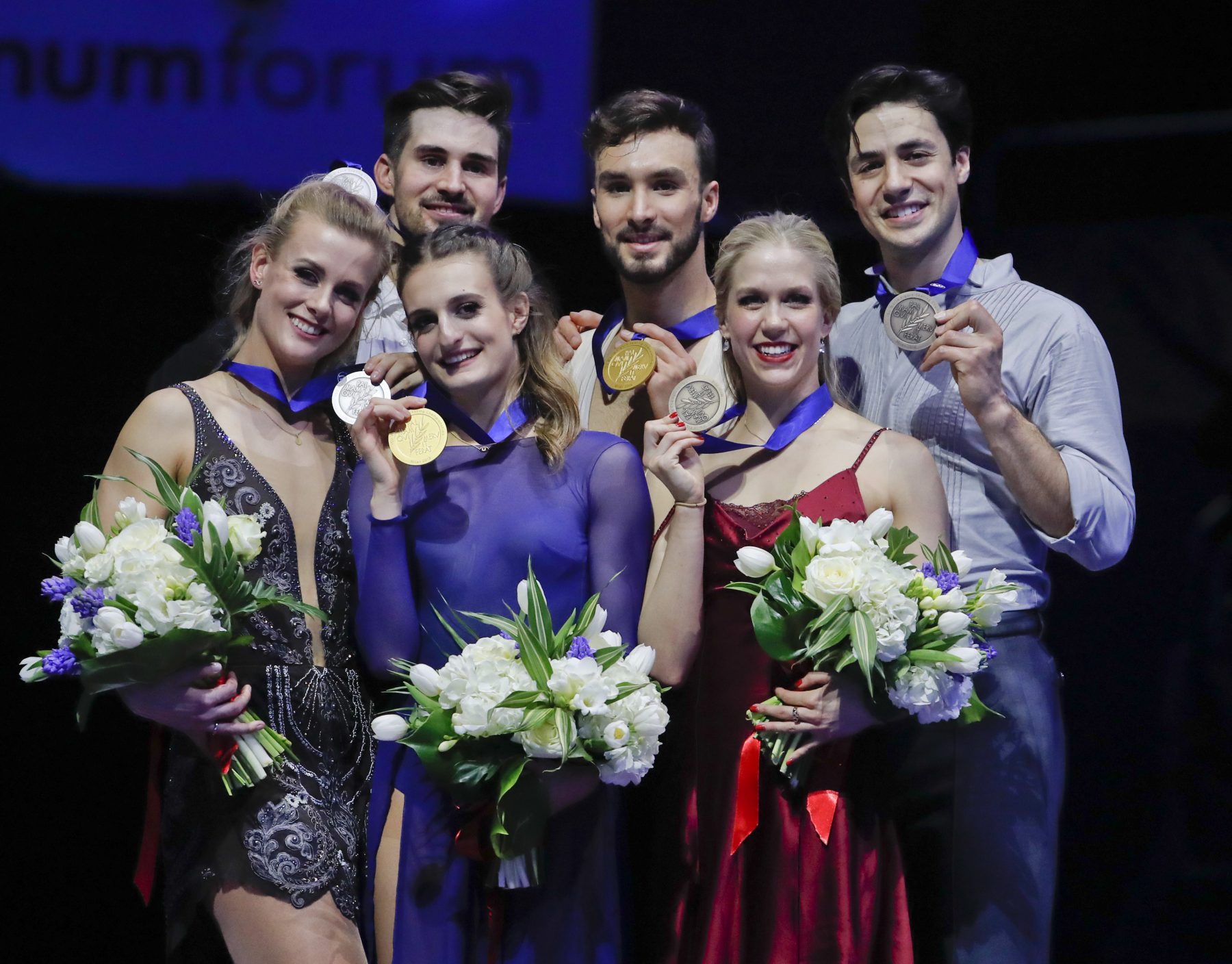 Gabriella Papadakis and Guillaume Cizeron of France, gold medals, are flanked by silver medals Madison Hubbell and Zachary Donohue of United States, and bronze medals Kaitlyn Weaver and Andrew Poje of Canada, on the podium of the pairs Ice dance, at the Figure Skating World Championships in Assago, near Milan, Saturday, March 24, 2018. (AP Photo/Antonio Calanni)

Hubbell and Donohue, who train in Montreal alongside Papadakis and Cizeron under the guidance of two-time world medallists Marie-France Dubreuil and Patrice Lauzon, scored 196.64 to claim silver for their first world championship medal.

This is the third career world championship medal for Weaver and Poje. At the last post-Olympic worlds in 2014, they captured silver. A year later they were bronze medallists. Last season they finished fourth, missing the podium by just 0.37 points.

Piper Gilles and Paul Poirier matched their career-best result at the worlds, finishing sixth with personal best scores in both programs. Combined with Weaver and Poje’s placement, that means Canada will once again have three dance teams at next year’s worlds. Carolane Soucisse and Shane Firus ended up 14th in their world championship debut.