You know the Commonwealth Games are coming to a close when the Closing Ceremony flag bearer is named.

In Gold Coast, that honour has been bestowed upon wrestler Erica Wiebe, who won her second straight Commonwealth Games gold medal.

But her Canadian teammates aren’t quite done winning medals. Here are the Team Canada athletes who stood on the podium on the penultimate day of the Games.

It's hugs all around for @JennAbel91 after she wins gold in the Women's 3m Springboard Final. #GC2018 #GoldCoast2018 #GoldCoastGoldRush pic.twitter.com/BmUnjCzcQa

The third time was the charm for Jennifer Abel. After finishing second at both Delhi 2010 and Glasgow 2014, Abel got the gold medal she was looking for in the women’s 3m springboard. Abel just edged out Australian Maddison Keeney by four-tenths of a point for the top step of the podium, scoring 366.95 points to Keeney’s 366.55. Another Aussie, Anabelle Smith, earned 336.90 for the bronze medal.

Vincent Riendeau captured the bronze medal in the men’s 10m platform, earning 425.40 points to finish behind Domonic Bedggood of Australia (451.15) and Matthew Dixon of England (449.55).

Three Canadian wrestlers are all coming home with silver medals. These events were contested in the Nordic system, with each wrestler in the weight class facing off against one another and points being awarded for the outcome. Michelle Fazzari (62kg) and Korey Jarvis (125kg) each posted three wins and one loss while Jessica MacDonald (50kg) earned two wins and one loss. Fazzari was injured in her final match and had to use crutches to make her way onto the podium. 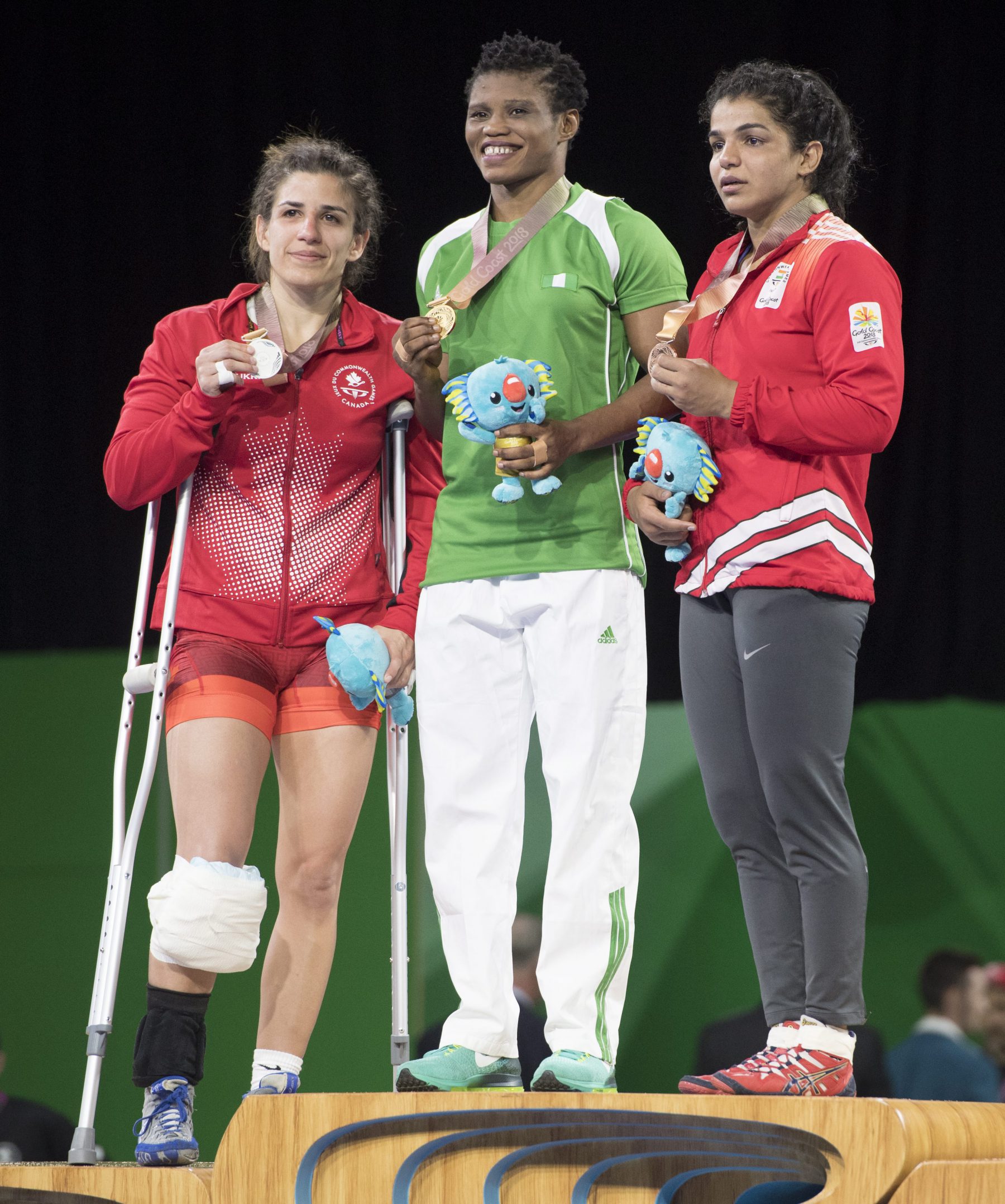 Thomas Blumenfeld lost a unanimous decision to Jonas Jonas of Namibia in the final bout of the men’s 64kg category, giving him the silver medal. Blumenfeld had been the only Canadian boxer to advance to a gold medal match while his teammates won five bronze medals. 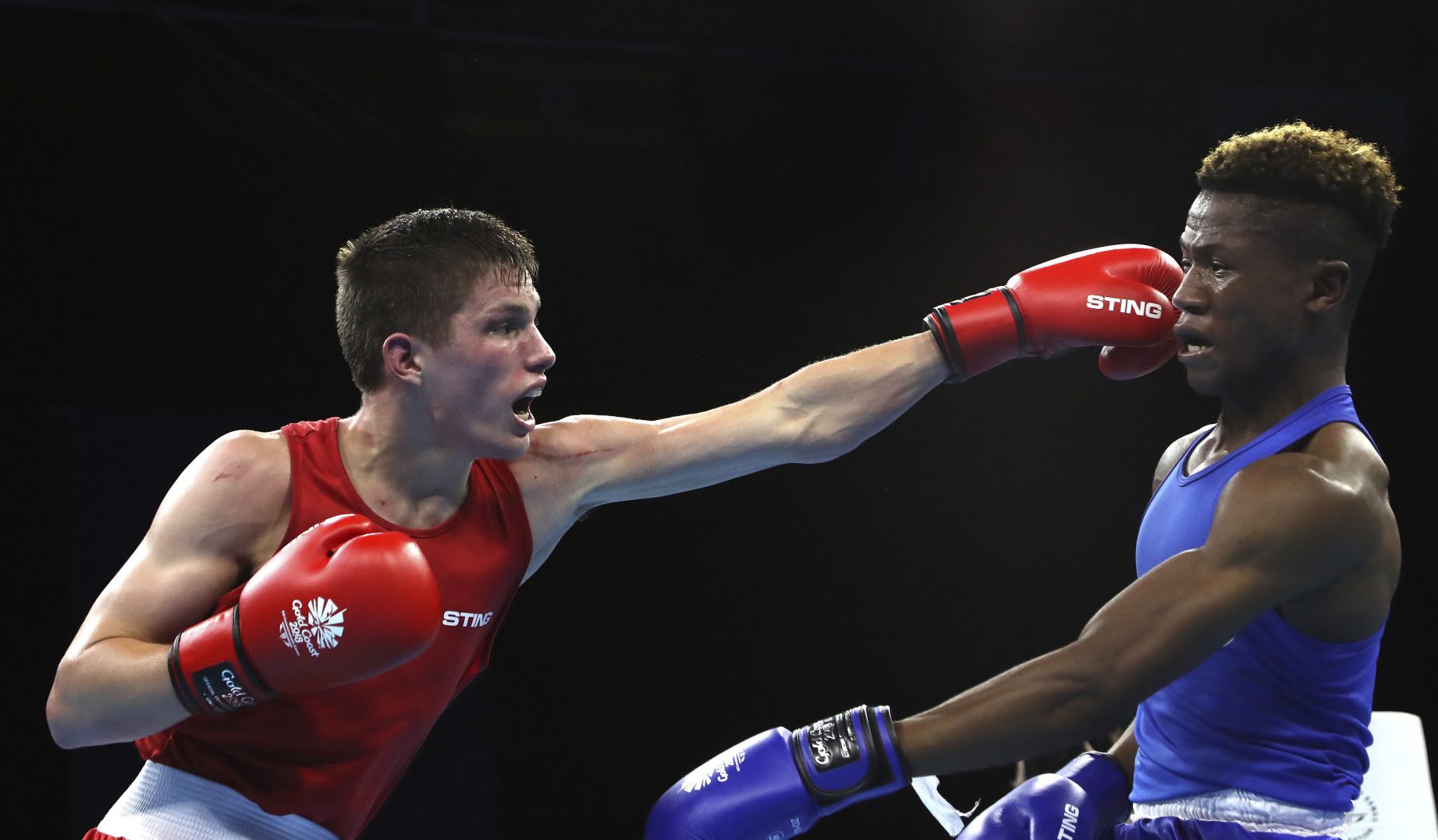 Grzegorz Sych won the silver medal in the men’s 50m rifle 3 positions event. He held the lead after the kneeling and prone stages of the competition but was surpassed by Sanjeev Rajput of India during the standing stage. Rajput won gold with a Games record total of 454.5 points while Sych ended up with 448.4. Dean Bale of England claimed the bronze.

Mamadou Gueye hit a three-pointer at the buzzer to give Canada an 88-86 win over New Zealand in their men’s basketball semifinal. Rallying from a 17-point deficit, the TallBlacks had taken a one-point lead on a free throw, after which Canada called a timeout which led to Gueye’s heroics. They’ll play Australia for the gold medal after they defeated Scotland 103-46 in the other semifinal.