Before the curtain closed on the 2018 Commonwealth Games in Gold Coast, Australia, Team Canada made a little more history.

Here are the highlights from the final day Down Under:

Canada won its first ever Commonwealth Games medal in men’s basketball, claiming the silver medal after a 87-47 loss to Australia in the final.

Australia had dominated the tournament with a perfect 5-0 record. The silver medal was a result of great resilience by Team Canada, which had opened the tournament two two straight losses, but advanced to the final on a buzzer-beating three-pointer in the semifinal. 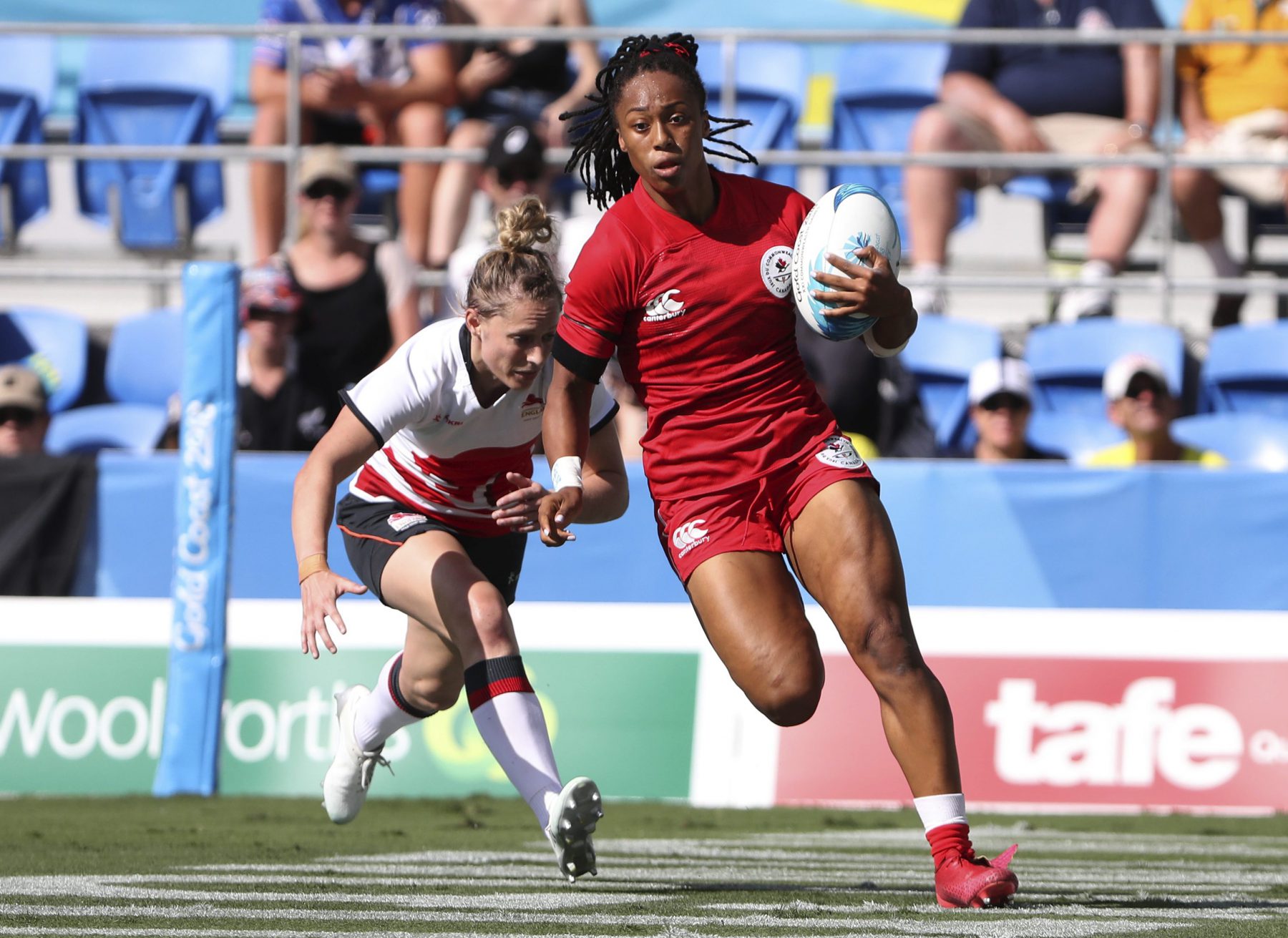 Team Canada’s Charity Williams runs in to score a try against England during their rugby sevens bronze medal match at Robina Stadium during the 2018 Commonwealth Games on the Gold Coast, Australia, Sunday, April 15, 2018. (AP Photo/Rick Rycroft)

Canada just missed the podium in the Commonwealth Games debut of women’s rugby. After dropping a 33-7 decision to Australia in the semifinal, they were pitted against England in the bronze medal match. England jumped out to a 19-5 lead in the first half and though Canada outscored them 14-5 in the second half, it wasn’t enough to make up the deficit.

With the competition over, it was time for the athletes to celebrate.

The Gold Coast 2018 Commonwealth Games have drawn to a close. Congratulations to all Canadian athletes who competed at the Games! #GC2018 #LiveTheMoment pic.twitter.com/gR5MH0pK5N

Erica Wiebe carried the Canadian flag into the Closing Ceremony, which included the handover to Birmingham, England as the next host city of the Commonwealth Games in 2022.