Runners Lindsey Butterworth and Aaron Brown won bronze in their events at the Prefontaine Classic in Eugene, Oregon. Brown set a season’s best time in the men’s 200m.

Brown ran 20.07 seconds in the men’s 200m to win bronze. He finished behind Trinidad and Tobago’s Jereem Richards (20.05 seconds) and winner Noah Lyles of the United States (19.69 seconds).

Butterworth finished in third in the women’s 800m with a time of 2:02.24. She came close to beating her season’s best (2:02.20), set last weekend at the Los Angeles USATF Distance Classic. American Stephanie Brown finished ahead of Butterworth with a time of 2:00.84, and the race was won by Jamaica’s Natoya Goule in 2:01.84. 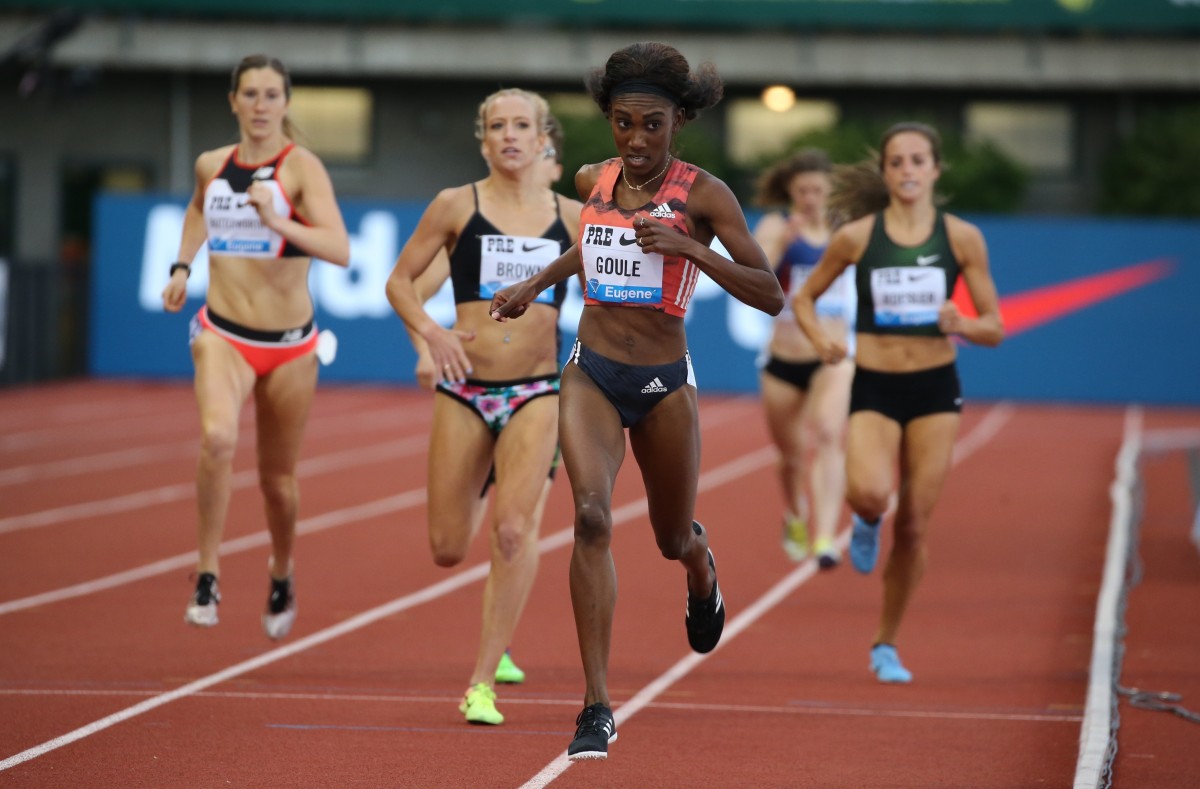 Lindsey Butterworth (far left) competes in the women’s 800m at the Prefontaine Classic in Eugene, Oregon on Friday May 26, 2018.

Mohammed Ahmed and Sage Watson both finished in fourth place in their respective events. Ahmed completed the 2 mile men race with a time of 8:22.29. Watson had a season’s best time of 54.81 in the women’s 400m hurdles. In other events, pole vaulter Shawn Barber finished in sixth place, Kate Van Buskirk was twelfth in the women’s 1500m, and Gavin Smellie was eighth in the men’s 100m. For Alysha Newman it was a rough day, as she withdrew from competition after sustaining an injury while warming up.

This is the third event of the IAAF Diamond League Series. Next up is the Golden Gala in Rome, Italy on May 31.