Canadian Roundup: Individual and team success at home and abroad

There was plenty for Team Canada fans to celebrate after a jam-packed weekend of sports at home and around the globe.

Check out some of the stars who continued to shine and the big breakthroughs that developed:

Before the FINA Diving World Cup concluded in Wuhan, China, Canadian divers captured two more medals this weekend. On Saturday, Pamela Ware (348.75) captured bronze in the women’s 3m springboard to share the podium with two Chinese divers, Shi Tingmao (404.70) and Wang Han (383.55). On Sunday, Jennifer Abel and Melissa Citrini-Beaulieu (302.04) finished second to Shi and partner Chang Yani (334.80) in the 3m synchro event. China had a clean sweep of all 11 gold medals up for grabs while Canada finished second in the standings with four medals.

Christabel Nettey won bronze in the women’s long jump with a best effort of 6.83m, which was just two centimetres off the mark of Briton Lorraine Ugen and German Malaika Mihambo who finished first and second. Mohammed Ahmed ran a season best time of 13:14.88 to finished fourth in the men’s 5000m. 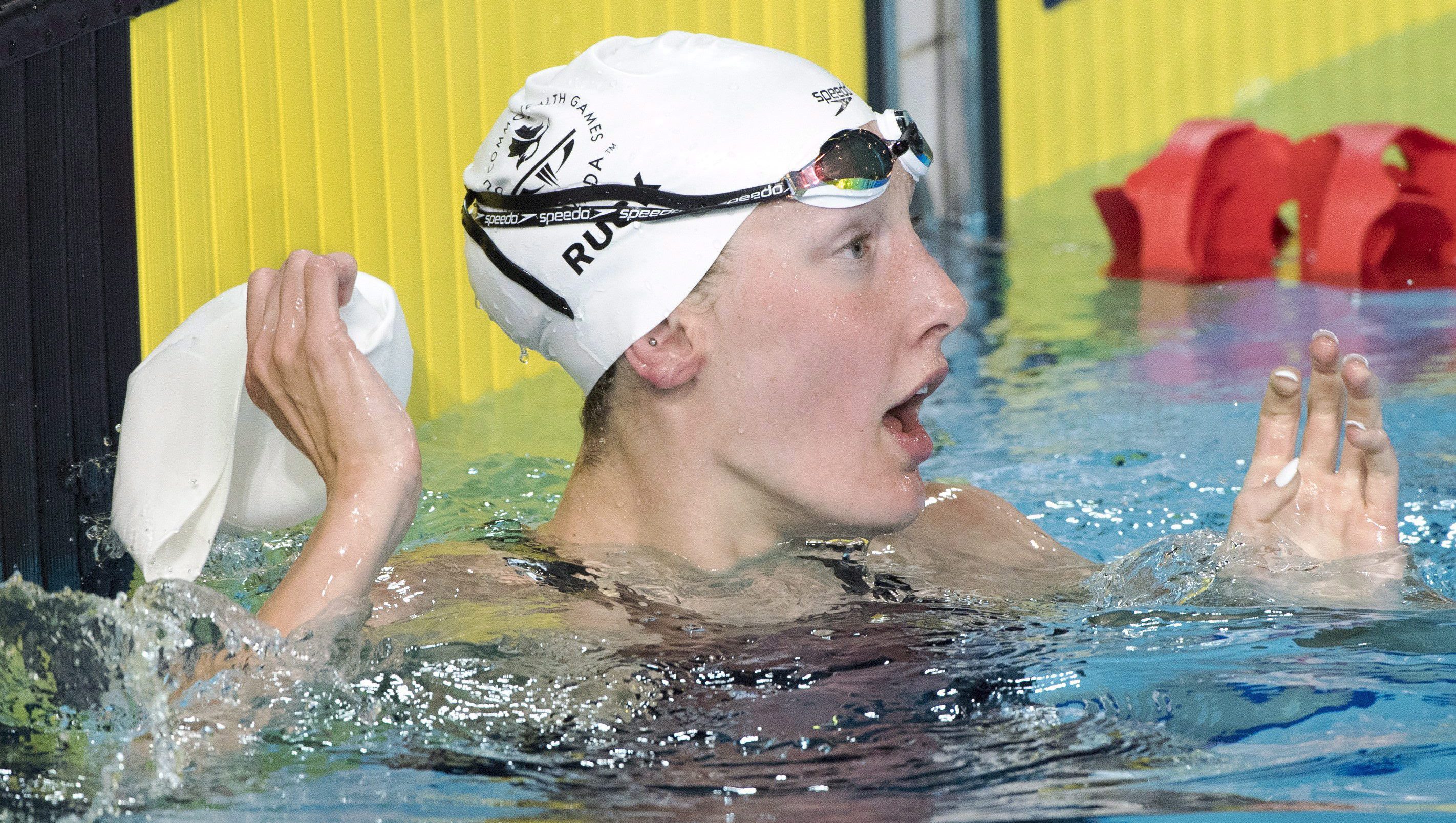 Taylor Ruck won two gold and three silver medals at the opening event of the three-stop Mare Nostrum swimming series in Canet-en-Rousillon, France. Ruck was victorious in the women’s 200m backstroke and 200m freestyle, to go with second place finishes in the 50m freestyle, 100m backstroke and 100m freestyle. Rebecca Smith also stood on the podium, capturing bronze in the 100m butterfly. The series continues in Barcelona on Wednesday and Thursday before concluding in Monte Carlo on the weekend.

Meanwhile at the fifth stop of the Pro Swim Series in Santa Clara, California, Kylie Masse won silver in the 100m and 200m backstroke events to go with a bronze in the 50m backstroke. Sarah Darcel claimed the bronze medal in the 400m individual medley before winning the 200m mystery medley, which featured the four strokes in a random order. Penny Oleksiak placed third in the 100m freestyle but was victorious in the 50m butterfly. All of the 50m races were held in shootout format, which saw swimmers advance from heats of eight to four to two for a final head-to-head showdown. Markus Thormeyer was the winner of both the men’s 50m freestyle and 50m backstroke events. Alexandre Perreault was third in the men’s 50m butterfly.

Karol-Ann Canuel won the silver medal at the Chrono Gatineau time trial event on Friday. Racing in her hometown, the Canadian champion finished the 17.3km race against the clock in 24:49.83 to finish 16.28 seconds back of American Amber Neben. A day earlier, Alison Jackson and Sara Bergen had finished second and third in the 104.4km Grand Prix Cycliste Gatineau road race.

Team Canada’s women and men were in Paris for the latest stop on the World Rugby Sevens Series. The women defeated host France 17-10 to win the bronze for their first medal on this season’s circuit. Ghislaine Landry, Charity Williams, and Bianca Farella all scored tries in the victory. The men came just short of the podium, finishing fourth following a 38-5 loss to New Zealand in the bronze medal match.

WOW!!! ? What a rally for Canada! Amazing saves by Blair Bann & Graham Vigrass, then the big block by Stephen Maar to finish it! #VNL #BePartOfTheGame #volleyball @VBallCanada pic.twitter.com/YpWv0NUF5s

At their home leg of the Volleyball Nations League in Ottawa, Team Canada came away with a three-set win over Australia, but had a couple of tough four-set losses against Germany and the United States. After nine matches, Canada sits in eighth place in the standings with a 5-4 record. They head out on the road to play their final six games of the preliminary round, starting on Friday against the Olympic champions from Brazil. The top five teams in the standings will advance to play host France at the VNL finals, July 4-8.

This is how you silence thousands of Filipino fans ? #3x3WC@MrLinklater ?? #TissotBuzzerBeater pic.twitter.com/4ja0kiIC0h

At the 3×3 World Cup in the Philippines, Team Canada posted a 4-0 record in men’s pool play to advance to the quarterfinals. Canada came into the 20-team tournament ranked 14th in the world, but were able to get key victories over Russia (ranked 3rd) and Brazil (ranked 6th) to move on. They’ll face eighth-ranked Netherlands on Tuesday.

Team Canada defeated Argentina 92-75 in their opening match at the FIBA U18 Americas in St. Catharines, Ontario on Sunday. The group phase continues through Tuesday before the playoffs begin on Thursday with the final scheduled for Saturday.