Brooke Henderson shot a 2-under 69 on Sunday for a thirteen under total through 72 holes in Sylvania, Ohio.

Thidapa Suwannapura of Thailand won the tournament by beating Brittany Lincicome of the USA in a one-hole playoff. Henderson finished one stroke behind Lincicome and Suwannapura through 72 holes and narrowly missed a birdie putt on the 18th hole to qualify for the playoff. 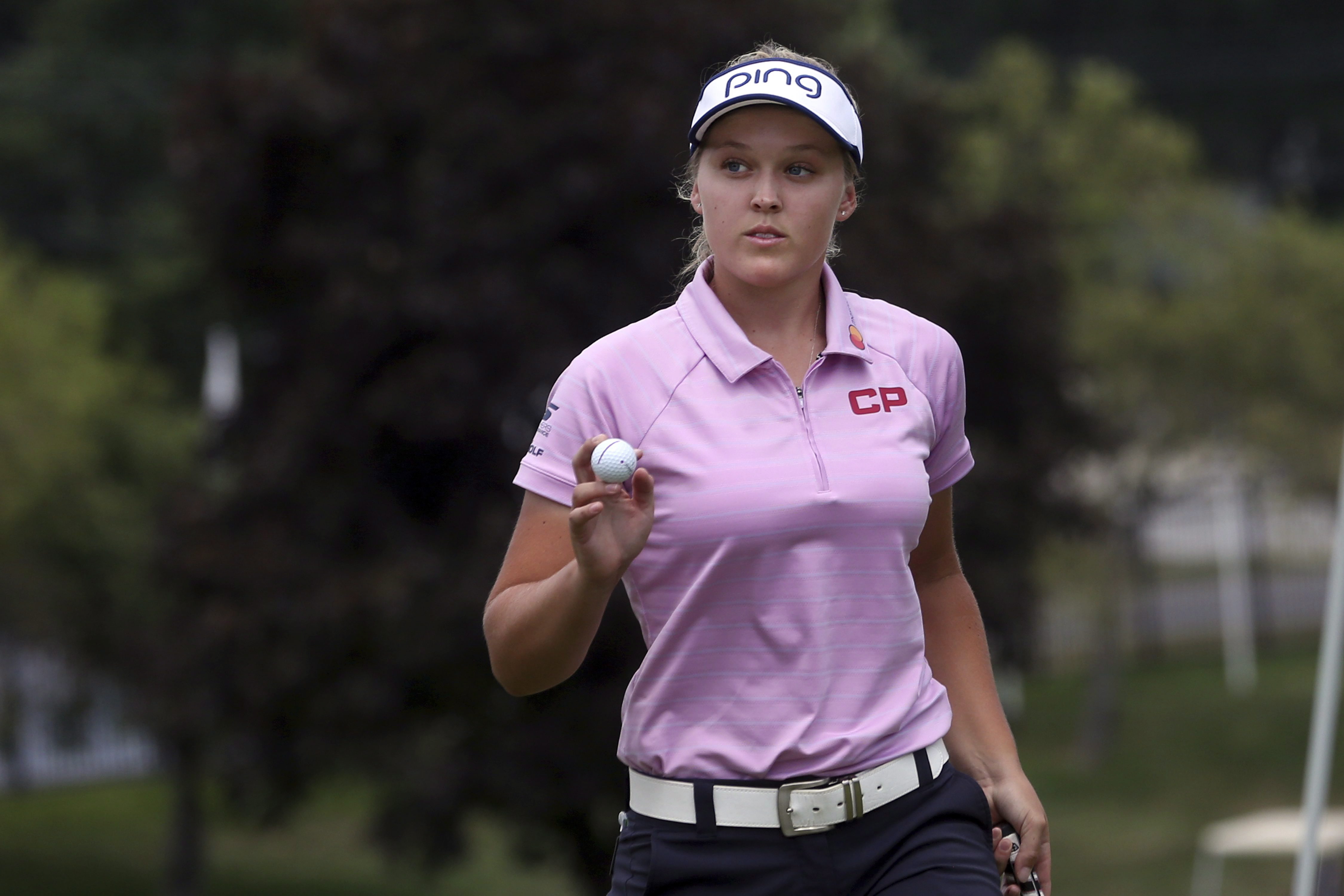 Brooke Henderson waves after sinking her putt on the ninth green during the third round of the LPGA Marathon Classic golf tournament at Highland Meadows Golf Club in Sylvania, Ohio, Saturday, July 14, 2018. (Katie Rausch/The Blade via AP)

Henderson entered the fourth round on Sunday in sole possession of the lead but four birdies and two bogies weren’t enough for her to hold the lead.

Henderson has one win on the LPGA tour this year at the Lotte Championship in April and six wins in her career. With two more LPGA victories, she will tie Sandra Post’s record eight wins by a Canadian woman.