Tennis: Players to watch in Toronto and Montreal

It’s nearly August, which means some of the best tennis players in the world will return to Canada for the Rogers Cup. This year, the tournament runs from August 3-12. The men will play in Toronto, and the women in Montreal. Here are the players to watch in both tournaments. 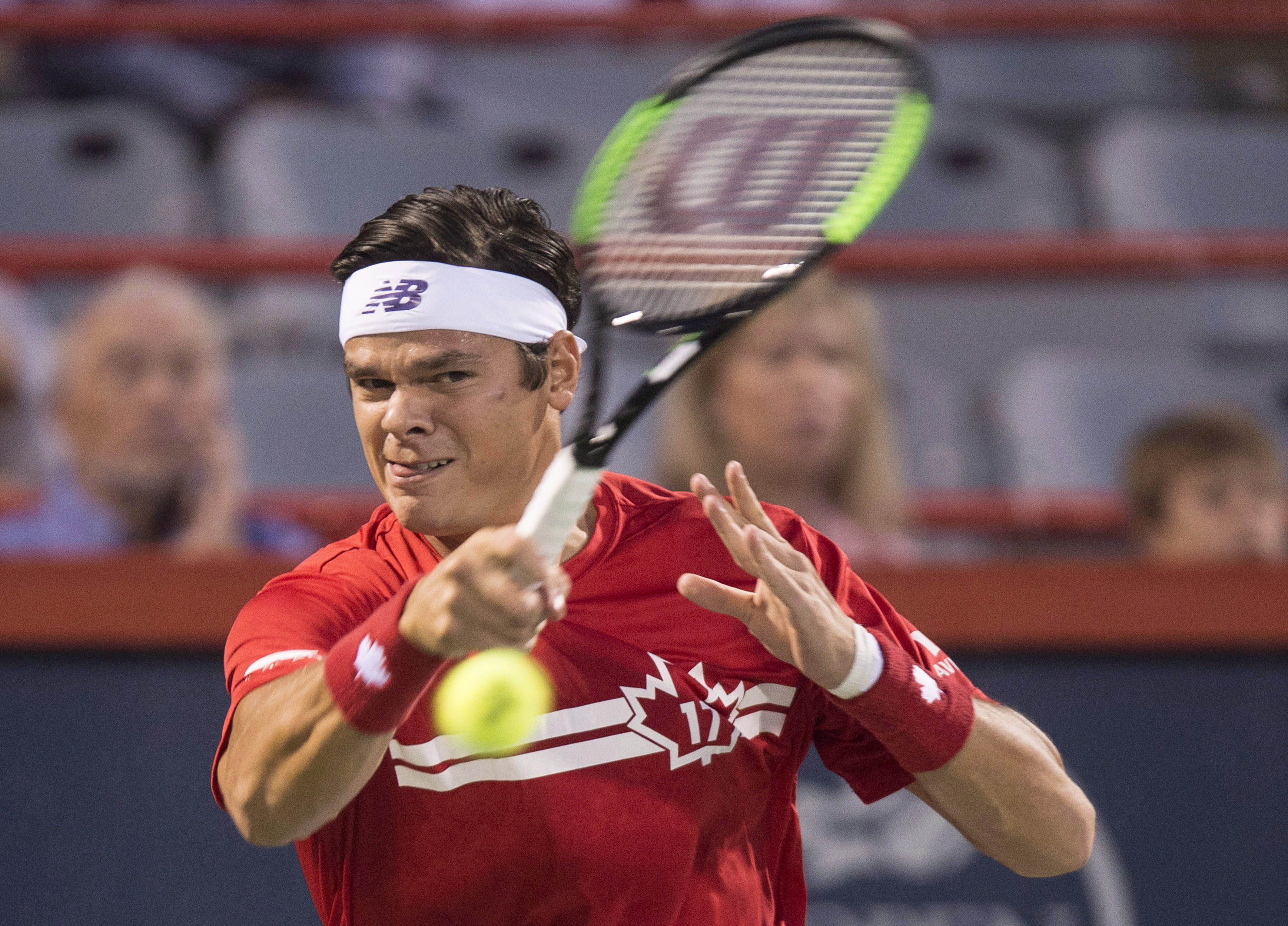 Milos Raonic of Canada returns to Adrian Mannarino of France during second round of play at the Rogers Cup tennis tournament Wednesday August 9, 2017 in Montreal. THE CANADIAN PRESS/Paul Chiasson

At Wimbledon early this month, Milos Raonic advanced to the quarter-finals, before falling to American John Isner. Raonic advanced the furthest in the tournament out of all Canadians competing in singles. His best result this season so far was at the Stuttgart Open, where he lost in the finals to Roger Federer. With Federer announcing his withdrawal from the Rogers Cup, it could mean one less roadblock for Raonic on his journey to the title.

In 2017, Raonic exited the tournament in the second round, after an unexpected loss to Adrian Mannarino. He came close to winning the title in 2013, when he played his way to the finals. However, he lost to Rafael Nadal in two straight sets. Raonic has participated in the tournament since 2009. 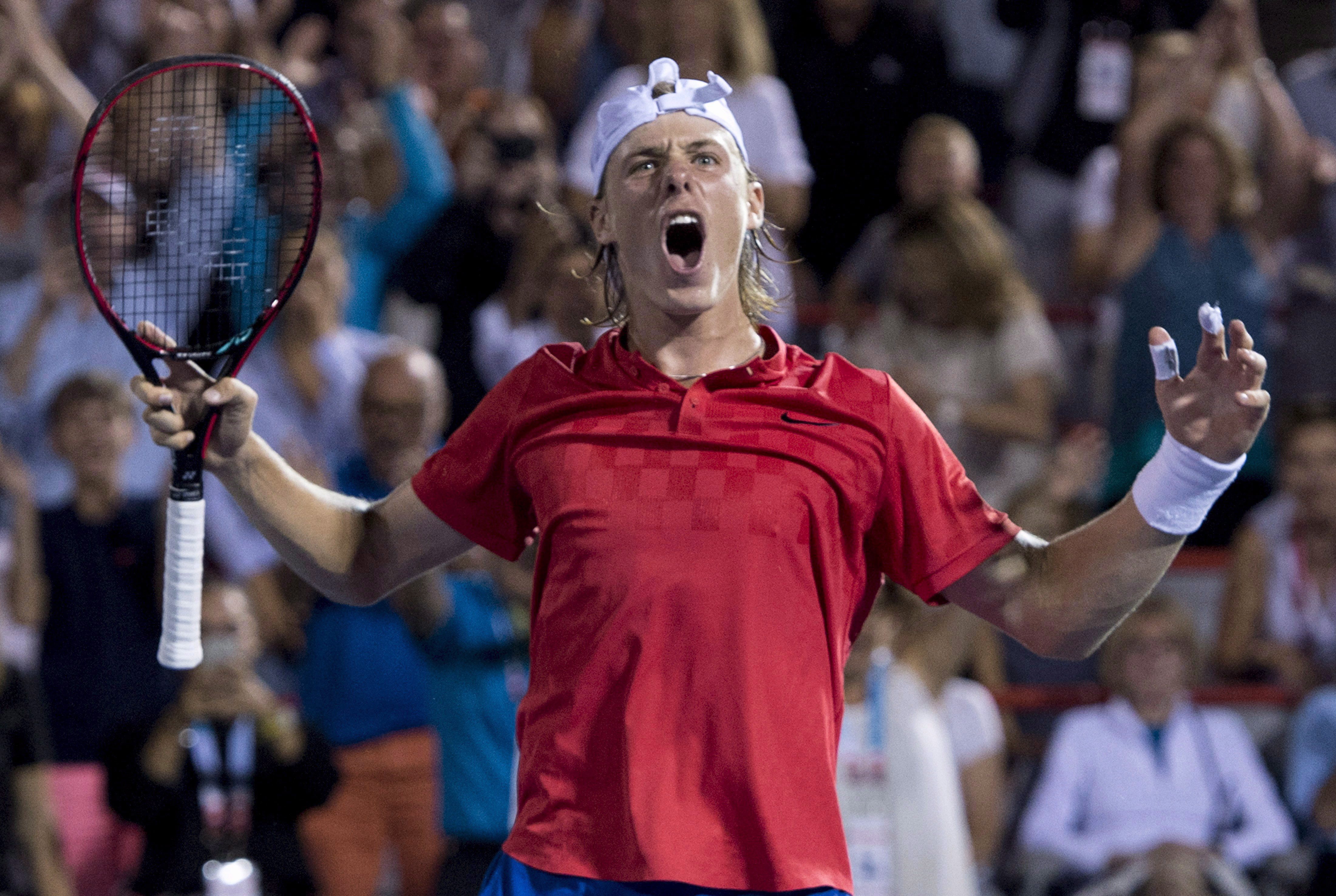 Denis Shapovalov is currently the highest ranked Canadian player in the ATP rankings, just three spots ahead of fellow Canadian Raonic. Wimbledon is also the most recent tournament he participated in, where he lost to Frenchman Benoit Paire in the round of 64. His best result this season so far is his semi-final loss to Germany’s Alexander Zverev at the Madrid Open.

Last year at the Rogers Cup, Shapovalov upset Rafael Nadal in the third round, winning 3-6, 6-4, 7-6 (4). He advanced all the way to the semi-finals, but lost to Zverev. 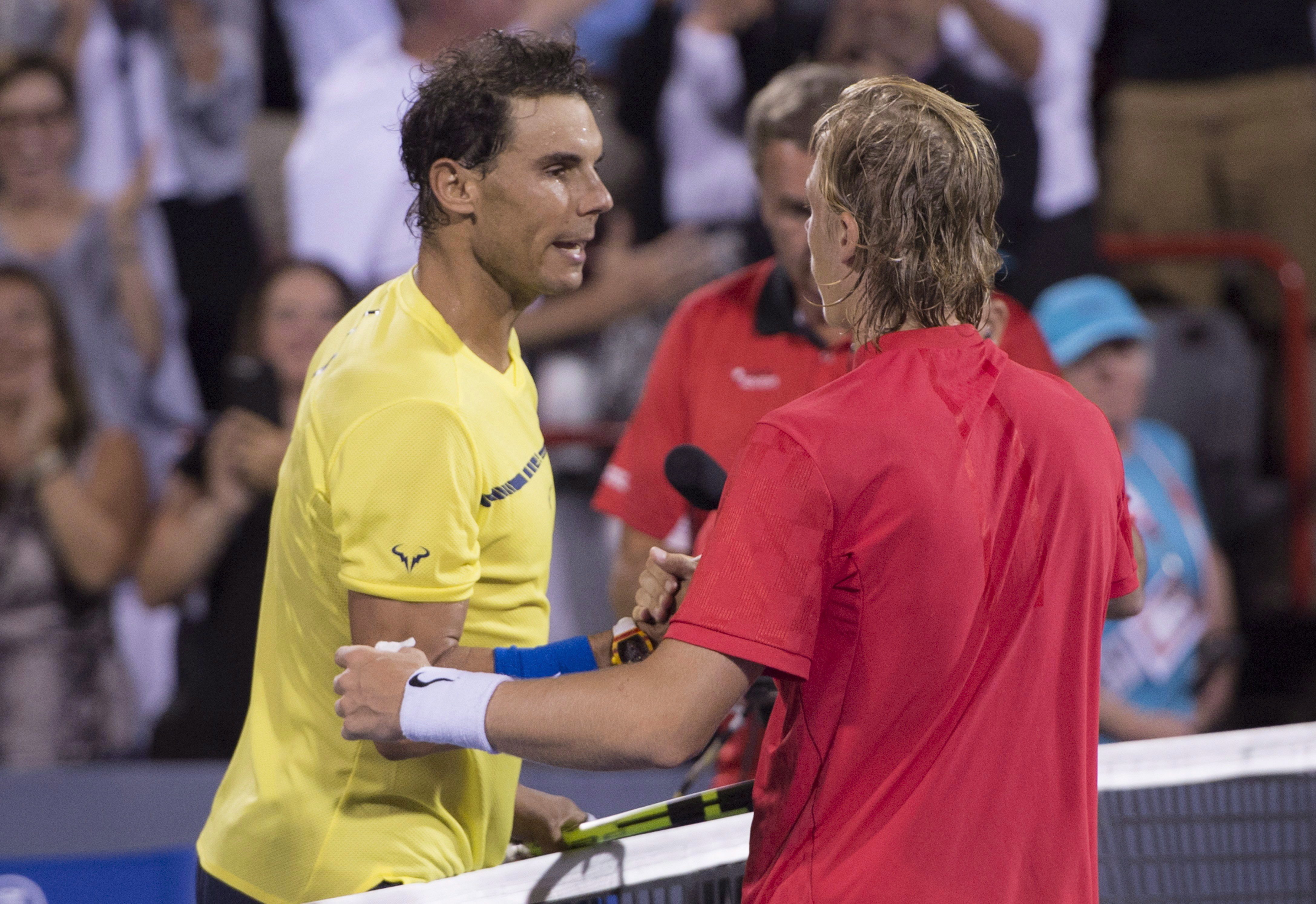 Rafael Nadal of Spain congratulates Denis Shapovalov of Canada on his win during round of sixteen play at the Rogers Cup tennis tournament Thursday August 10, 2017 in Montreal. THE CANADIAN PRESS/Paul Chiasson

The currently ranked number one in men’s tennis won his last title at the French Open in June. This season he has won three other titles, in Rome, Barcelona and Monte Carlo. Nadal has won the Rogers Cup title three times before, in 2005, 2008, and 2013. Last year, Nadal advanced to the semi-finals, and found himself out of the tournament after a surprise victory by Shapovalov. 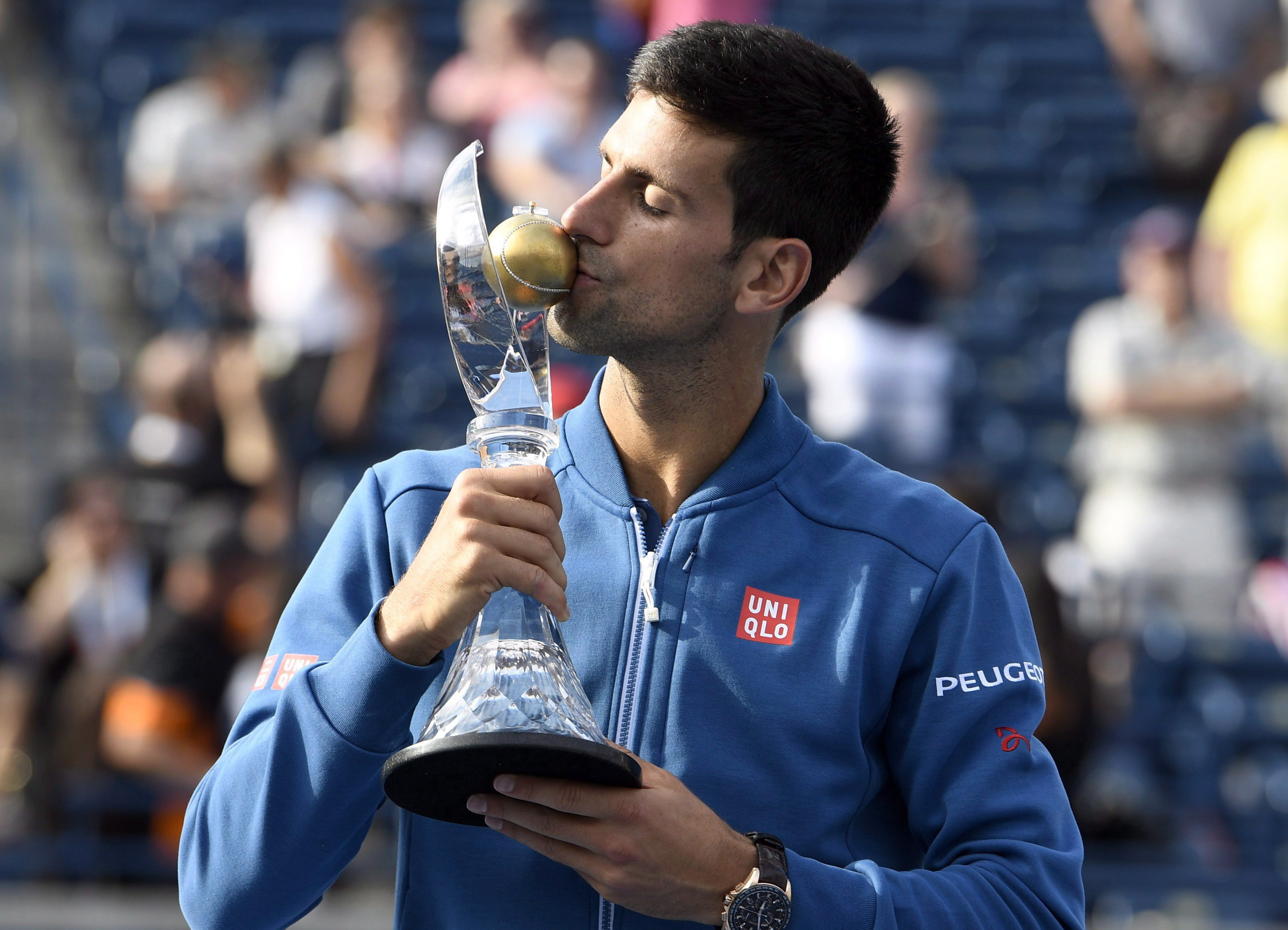 Novak Djokovic, of Serbia, kisses the first-place trophy as he celebrates his win over Kei Nishikori, of Japan, in the men’s Rogers Cup final tennis action, in Toronto on Sunday, July 31, 2016. THE CANADIAN PRESS/Frank Gunn

Last month, Novak Djokovic became the Wimbledon champion for the fourth time. His other titles were achieved in 2011, 2014 and 2015. In 2017, Djokovic missed the second half of the season, including the Rogers Cup due to injury. He last won the tournament in 2016. Before that he also claimed back-to-back tournament titles in 2011 and 2012. Djokovic won his first title in Canada in 2007.

If Djokovic and Nadal advance far enough into the tournament, they might end up facing each other. Over their careers, they have gone head-to-head several times, often meeting in the quarter-finals or later. They last faced each other at this year’s semi-finals at Wimbledon, where Djokovic defeated Nadal on his way to claim the title.

Eugenie Bouchard received a wild card entry into the tournament, and will take part in her first game on August 6. She will try to continue her momentum from recent weeks. At Wimbledon, Bouchard was able to make her way to the main draw by defeating three opponents in qualifying. After winning her first-round match, the Canadian was defeated in two sets by Ashleigh Barty in the next round.

Recently, Bouchard reached the semi-final at the Swiss Open in Gstaad, Switzerland, where she was forced to withdraw from the competition due to an injury. Her performance has pushed her up to 123rd in the rankings, making her the highest ranked female Canadian player right now. 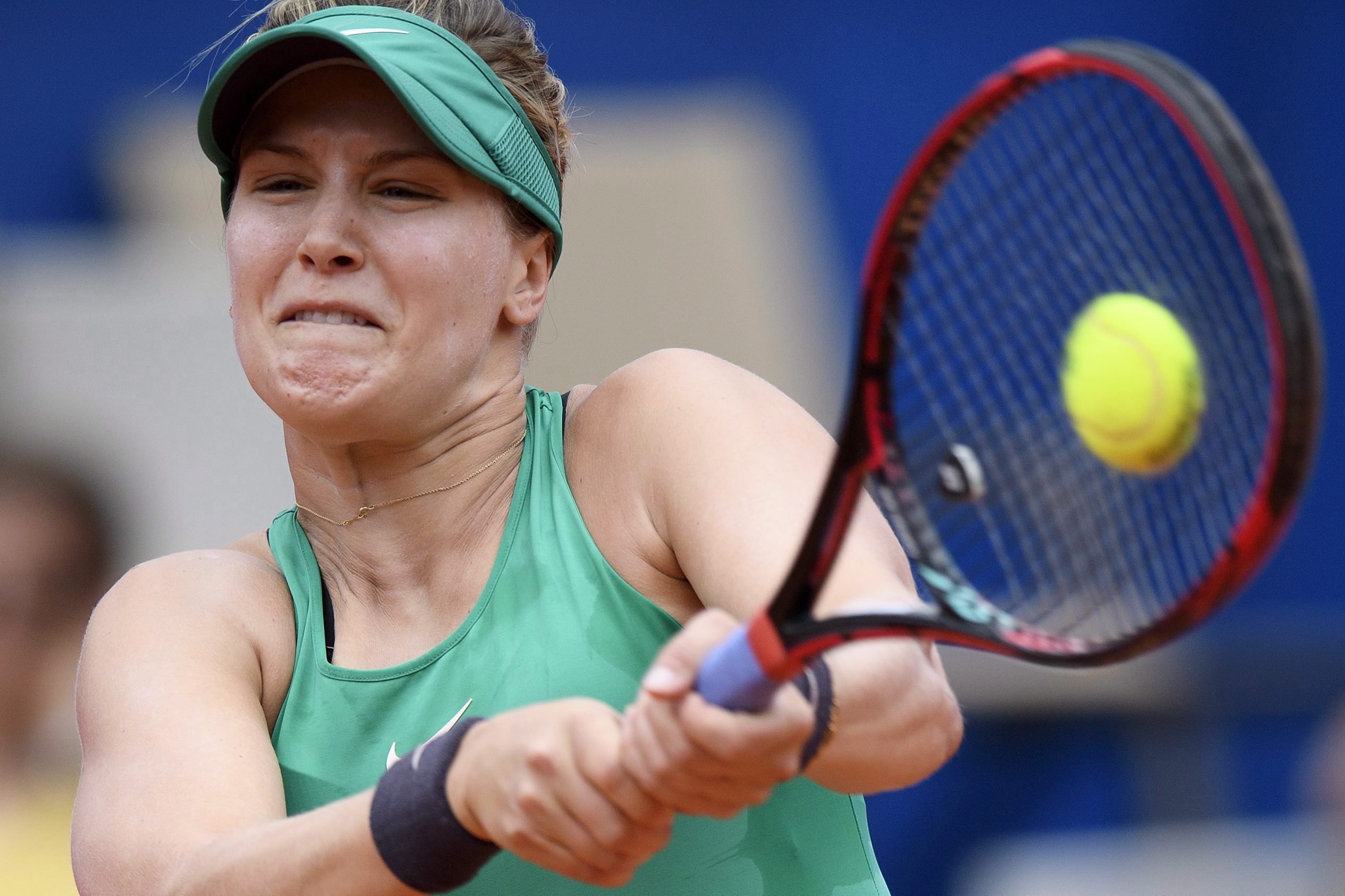 Eugenie Bouchard of Canada returns a ball to Veronika Kudermetova of Russia during their quarter-finals game at the WTA Ladies Championship tennis tournament in Gstaad, Switzerland, Friday, July 20, 2018. (Anthony Anex/Keystone via AP) 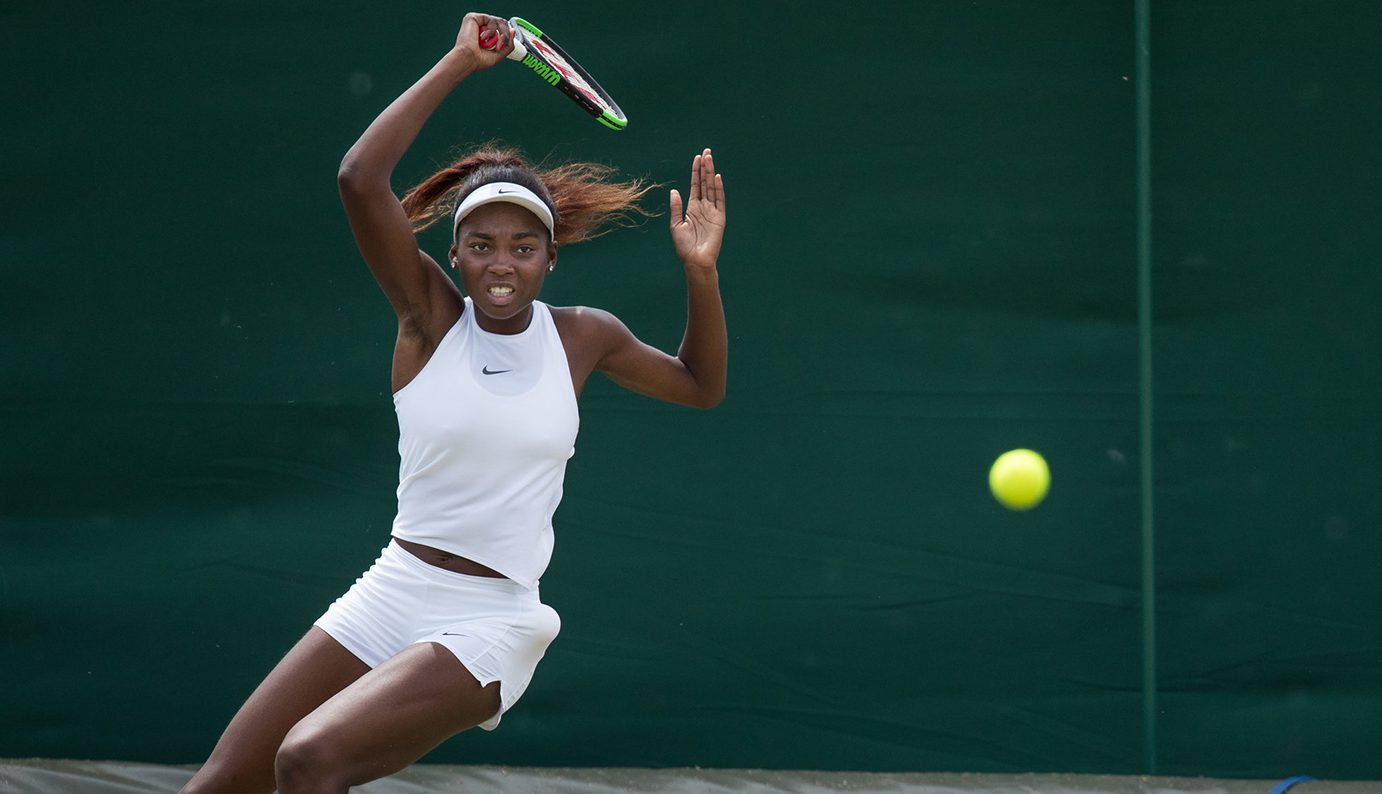 Francoise Abanda (CAN) in action against Lin Zhu (CHN) during the Qualifying at the Bank of England Sports Centre. The Championships 2017 at The All England Lawn Tennis Club, Wimbledon. Day -3 Friday 30/06/2017. Credit: Jed Leicester/AELTC

Françoise Abanda earned a spot in the main draw after the withdrawl of fellow Canadian Bianca Andreescu,  forfeited due to a back injury. Abanda the 193rd ranked player in the world and this year’s tournament marks her fifth consecutive Rogers Cup appearance, having reached the second round in 2016.

Her first match will be held Monday night on the central court, while she will face the Belgian Kirsten Flipkens.