As summer ends, Canadian athletes are continuing their successes around the world. This weekend was filled with colour as our athletes won gold, silver and bronze medals in wrestling, athletics and mountain bike.

Read all about the wins below.

??for @DanielleLappage & me this weekend at the Poland Open! Great weekend representing @TeamCanada and being coached by @TonyaVerbeek ! Next stop: WORLDS! #budapest2018 pic.twitter.com/vM0PmE80xR

Erica Wiebe and Danielle Lappage each won gold at the final women’s Ranking Series event of the year, the Poland Open. They are both preparing for the Senior World Championships that will take place October 20 to 28 in Budapest, Hungary. 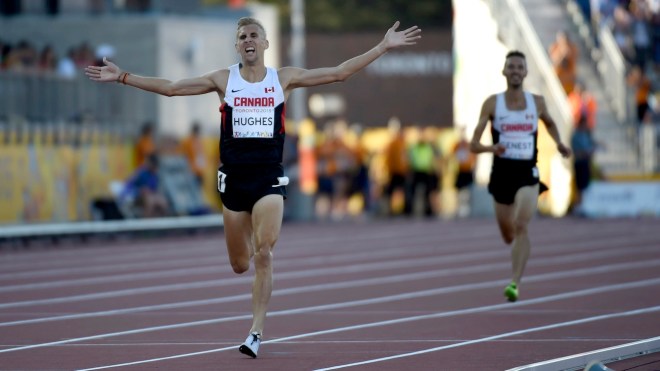 Matt Hughes won silver this weekend at the Continental Cup in Ostrava, Czech Republic. He ran the men’s 3000m Steeplechase in 8:29.70 minutes.

Emily Batty won bronze on Saturday in Lenzerheide, Switzerland at the mountain bike world championships. Batty finished one minute and 58 seconds behind American Kate Courtney. This was a great finish to her season!