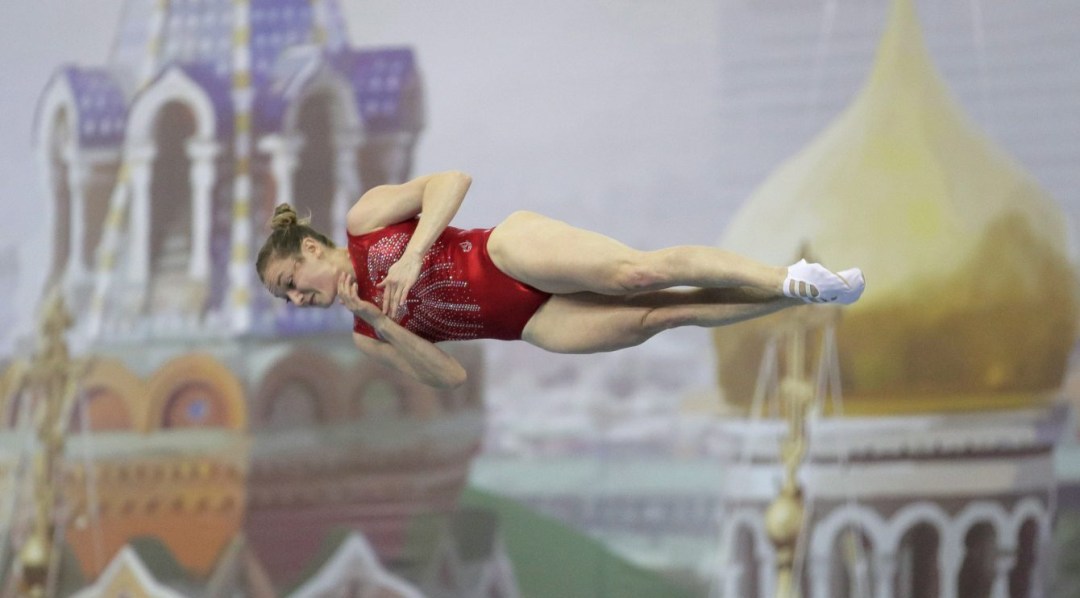 Rosie MacLennan is now a two-time world champion! The trampolinist won gold at the individual trampoline event on Saturday at the World Championships in St. Petersburg, Russia. This is the third medal of the week for the Canadian.

MacLennan had 57.180 points in the final ahead of Zhu Xueying (57.080) and Pavlova Yana (56.405), who took silver and bronze respectively. After the semifinal, the Rio 2016 champion was second with 56.665 points, just behind China’s Zhu Xueying and her 56.975 points. MacLennan’s routine allowed the Canadian to sneak up to the top of the podium.

Team Canada took home the bronze medal on Thursday for the first-ever world team trampoline team event. Rosie MacLennan’s performances were very useful for Canada, as she finished first in the individual event and in synch with Sarah Milette. The team competition combines the individual categories for men and women, synchro, tumbling and double mini trampoline.

On Friday, Rosie MacLennan was paired again with Sarah Milette for the synchro final, where the duo won silver. They collected 47,500 points to reach the podium, while the Japanese Hikaru Mori and Megu Uyama were the only ones to receive a better score with 48,340 points. This is the first year MacLennan and Milette have joined forces in sync. They won gold at the Loulé World Cup in Portugal last October.

MacLennan was also the 2013 individual trampoline world champion, along with being the reigning Olympic Champion in the event. 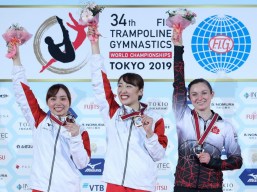 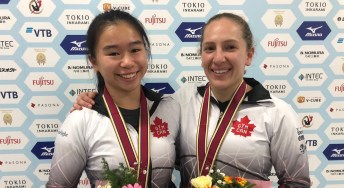 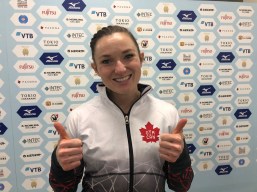