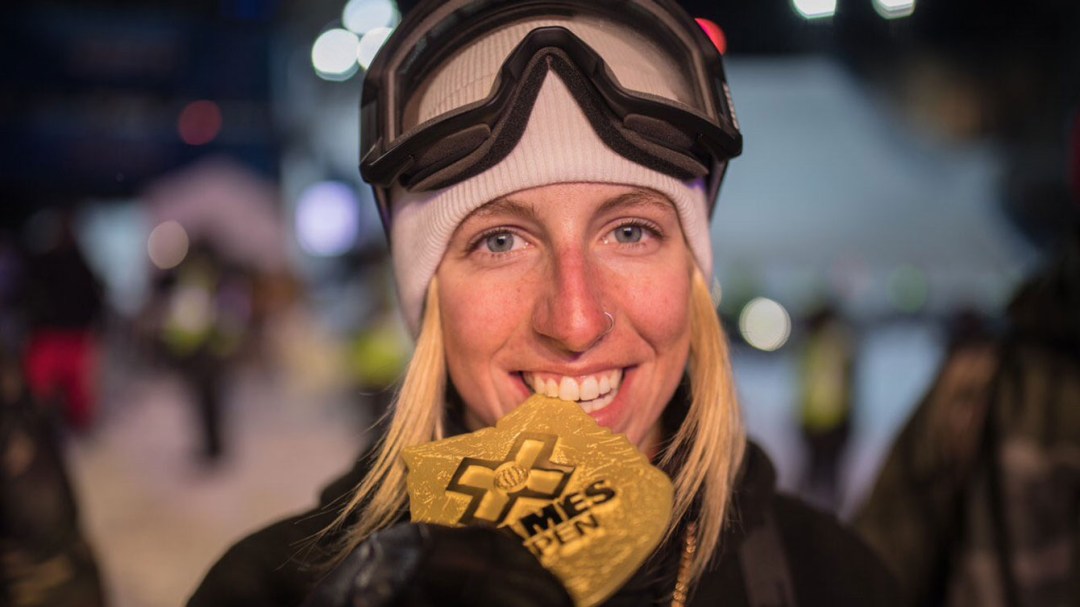 The X Games in Aspen got off to a great start for Team Canada. During her first-ever X Games appearance, Laurie Blouin captured gold in snowboard big air. Then, Cassie Sharpe was named half pipe champion and shared the podium with bronze medallist, Rachael Karker.

In her first ever X Games appearance, Canada’s Laurie Blouin claimed the top score to win gold in women’s big air on Thursday in Aspen.

Considered to be the performance of the night, the PyeongChang 2018 silver medallist scored a combined score of 77.00 with a Cab double underflip 900 (42.00 points) and a frontside 900 (35.00 points) for a gold medal finish. Zoi Sadowski-Synnott of New Zealand took home silver and USA’s Jamie Anderson captured bronze.

Blouin and teammate Spencer O’Brien (Courtenay, BC) will be competing again on Saturday during the Women’s Slopestyle Final.

Cassie Sharpe was named women’s half pipe champion at the X Games in Aspen on Thursday night. Rachael Karker also found herself on the Ski SuperPipe podium with a bronze medal for her first-ever X Games showing.

Sharpe took gold after advancing past Estonia’s Kelly Sildaru (92.33 points), with a strong third run that earned 94.00 points. Karker from Erin, ON received bronze with a total of 86.33 points.

It seems that Sharpe enjoys the Colorado air, considering that this is now her second career medal in Aspen after she earned a bronze last year. In total, the 26-year old from Comox, BC now has three career medals from the X Games, the other being from the 2016 X Games in Oslo when she won gold.

Entering the competition, Sharpe was second in provisional standings. A first run of 88.66 points and a fall during a trick in her second run placed Sharpe in a tough position. Sharpe had a clean third run with higher amplitude and came away with first place.

This was Karker’s third medal of the season. She won gold at the Dew Tour half pipe event in Breckenridge, Colorado on December 14, 2018 and also earned a silver medal at the FIS World Cup in Secret Garden, China just a week later on December 20th.

On Friday afternoon, the X Games women’s slopestyle event will take place in the afternoon and the day will finish with the Big Air event, where Canadians Mark McMorris, Darcy Sharpe and Sébastien Toutant will also make an appearance.