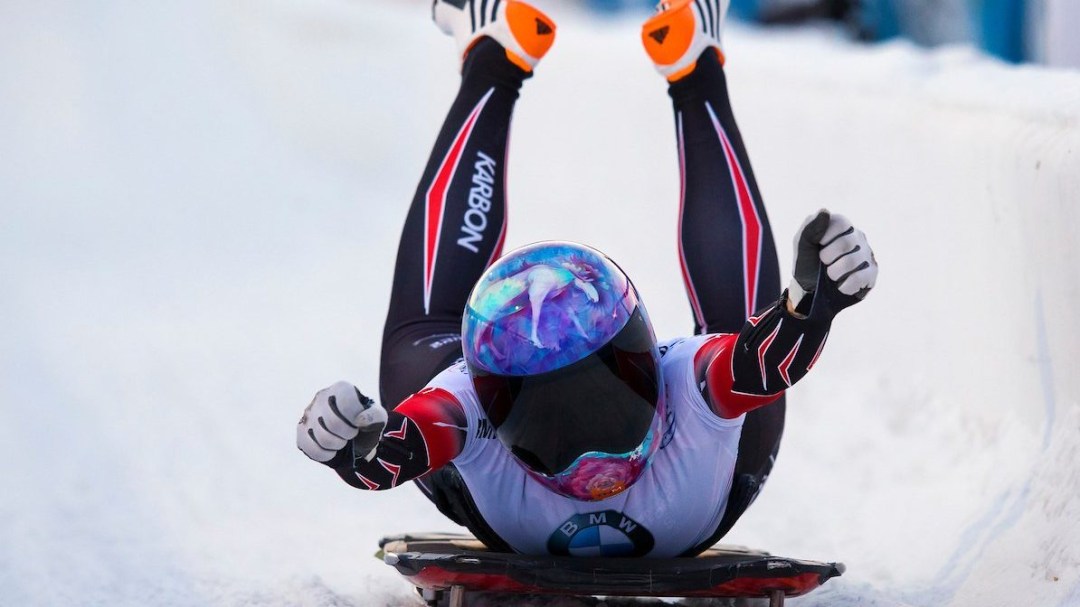 Two Canadians stood on the podium at the BMW IBSF World Cup in Calgary on Friday night. Mirela Rahneva and Elisabeth Maier sped down the track to win gold and bronze in front of a home crowd at the Winsport Center.

Rahneva was first to do the honours, claiming the top spot on the podium, after finishing with a golden time of 1:54:52 that couldn’t be beat. On her first run, she posted an impressive time of 57.38 seconds. On her second, she was able to improve that to 57.14 s.

“This is amazing. It is a track that we know and love, and it is such a good feeling to be sliding here,” the 30-year old said following her big win. “It felt so good to be on home ice.”

Elisabeth Maier finished the track just 0.68 s behind her teammate with a final time of 1:55.20 to capture a bronze. This is Maier’s second podium of the World Cup season, after winning a silver medal in Sigulda just a few months ago.

The IBSF World Cup will continue throughout the weekend in Calgary. 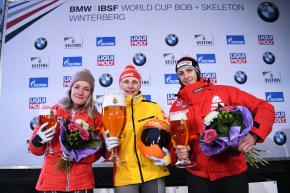