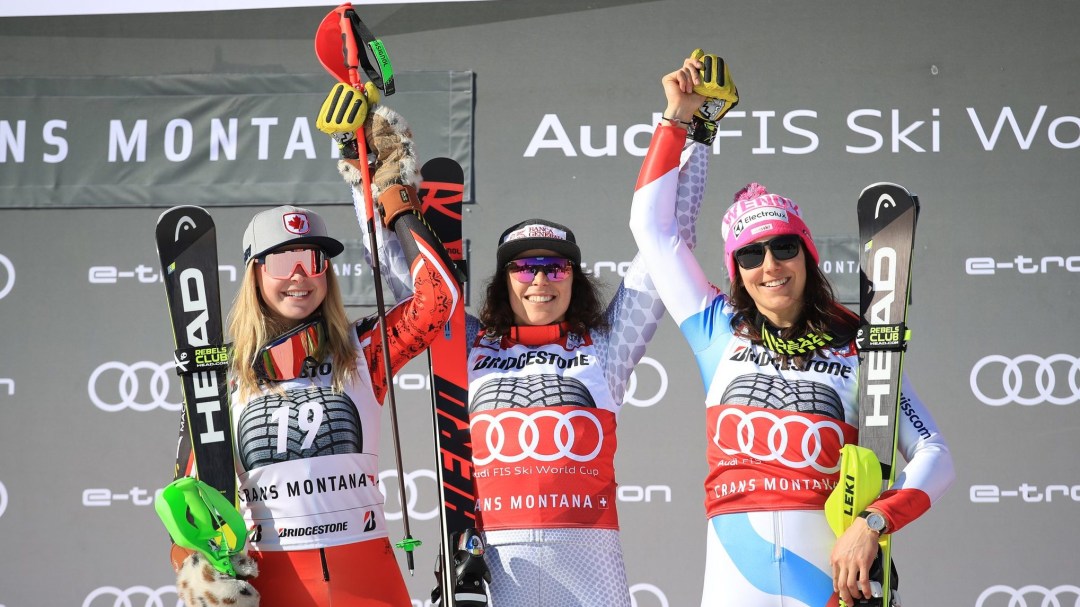 Remme competed in the women’s combined, finishing the track with a time of 2:15.58. She was just 0.38 seconds behind gold medallist Federica Brignone of Italy (2:15.20). Switzerland’s own Wendy Holdener completed the podium with a bronze (2:16.24).

Remme was initially in sixth place after the downhill race, but made a solid recovery in her slalom performance to land on the podium.

“I wasn’t as nervous as I thought I might be. This weather, the snow, this atmosphere (reminded me of spring skiing). I love spring skiing. I tried to stay calm and just go for it,” she said.

Prior to this win, her best finish was fifth place in Sweden just a few weeks ago where she competed at the 2019 Audi FIS Alpine World Championships.

This was the last World Cup of the alpine season. However, no crystal globes will be awarded this year as the only other event of the season was cancelled.

Roni Remme won a silver medal in the slalom at the 2012 Winter Youth Olympic Games in Innsbruck.