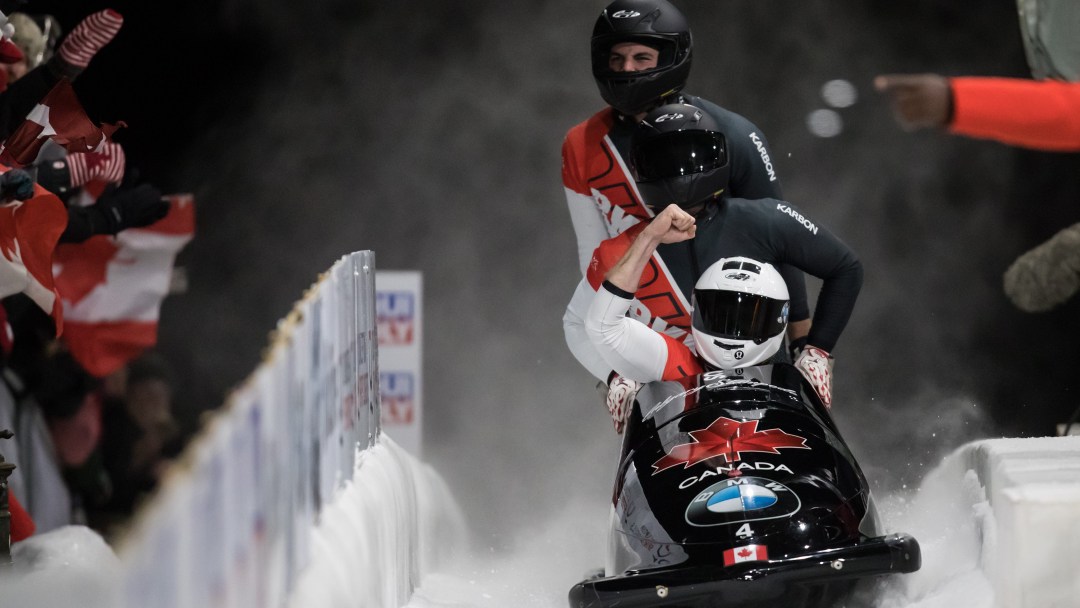 On Saturday night, pilot Justin Kripps and his teammates Cameron Stones, Benjamin Coakwell and Ryan Sommer raced to a bronze medal in the 4-man bobsleigh in front of a Canadian crowd at the IBSF World Championships in Whistler, British Columbia.

The Canadian crew reached the podium after completing their runs with a combined time of 3:21.78 minutes. They were 0.45 milliseconds behind Germany’s Team Friedrich, who stood on the top of the podium (3:21.33). Team Kibermanis of Latvia completed the podium with a silver (3:21.62).

For Kripps and Stones, this medal comes just one week after being crowned silver-medallists in the 2-man bobsleigh at worlds last weekend.

That silver and this bronze makes Kripps the third person in the sport’s 78-year history to win World Championship medals in both the 2-man and 4-man races. 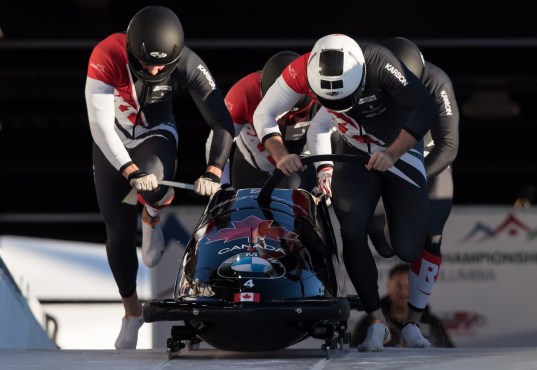 Canada’s Justin Kripps, Ryan Sommer, Cameron Stones and Ben Coakwell race down the track on their third run during the four-man bobsleigh event at the Bobsleigh World Championships in Whistler, B.C., on Saturday, March 9, 2019. THE CANADIAN PRESS/Darryl Dyck

Meanwhile, this Canadian foursome are only adding to their feat after taking home a number of medals this season – including a gold in Lake Placid.

This marks the first time in 12 years that a Canadian squad has reached the 4-man podium at the most prestigious event in a non-Olympic year.

“It is amazing. I was happy to get the two-man medal, but it is even sweeter in the four-man,” Kripps said. “I’m so happy to be able to spread the love around. These four-man guys have such a huge impact on the two-man results so to reward them with this is massive.” 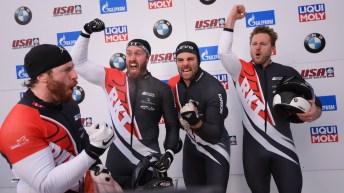