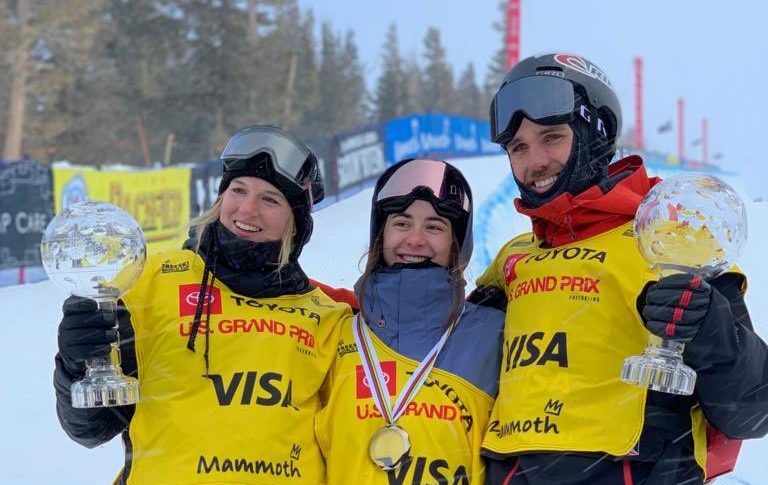 Cassie Sharpe and Simon d’Artois both took home a Crystal Globe, Justin Kripps drove to a historic bronze medal finish, and Team Canada continued to top podiums around the globe for another fulfilling weekend.

After the FIS Freestyle World Cup in Mammoth Mountain, California on Saturday, Team Canada is bringing home two Crystal Globes, one from Cassie Sharpe and one from Simon d’Artois.

In the ladies halfpipe competition, Cassie Sharpe performed close to perfect to earn herself a gold and her second consecutive Crystal Globe.

After her first run, Sharpe was in second place. Then for her grand finale, she added in a number of 1080’s to attain a score of 95.60.

In men’s freestyle halfpipe, Simon d’Artois earned a silver medal and overall, finished on top to earn a Crystal Globe. He was in first place after his final run with a score of 93.80, yet Birk Irving from the United States put up a 95.20 to advance past d’Artois. Thomas Krief from France earned bronze (86.60).

A home crowd encouraged Justin Kripps alongside Cam Stones, Benjamin Coakwell and Ryan Sommer to sprint to a bronze medal in the 4-man bobsleigh at the IBSF World Championships in Whistler, British Columbia.

This is the first time in 12 years that Canada has reached the four-man podium at the highly-classified event in a non-Olympic year.

Kripps also previously won silver in the two-man race. Therefore, in the 78-years of the sport’s existence, the bronze medal from Sunday allows Kripps to be the third driver ever to win medals in both the two-man and four-man races during the same World Championship.

Kim Boutin had a successful weekend, earning three of the four medals.

In the women’s 10m platform, Benfeito earned bronze with a score of 336.40. At the start of the event, Benfeito’s first dive landed her in fourth place. On her next attempt, she advanced to third and maintained the position behind China’s Jiaqi Zhang (400.05) and Qian Ren (371.20).

Benfeito earned another bronze in the 10m synchro alongside partner Nathan Zsombor-Murray for a 300.96. China finished in first with a score of 346.38 and Russia earned a silver medal with a score of 301.26.

Notably, on the opening day of the event, Benfeito earned bronze with Caeli McKay in the women’s 10m synchro, for a total of three bronze medals at the Diving World Series over the weekend.

18-year old Megan Oldham won a bronze medal during the women’s ski slopestyle event at the World Cup in Mammoth California on Sunday.

Oldham scored a 76.15 to finish on the podium. Mathilde Gremaud from Switzerland took home gold with 86.15 points and Johanne Killi from Norway took silver with 79.15 points.

The first-year competitor previously won her first World Cup medal, a silver, in January at the Italy stop.

For his second medal of the World Cup season, Derek Livingston secured halfpipe bronze at the FIS Snowboard World Cup also in Mammoth Mountain, California on Saturday. His first run of 86.00 put him on the podium. Japan’s Yuto Totsuka claimed gold with a score of 95.75. Switzerland’s Patrick Burgener took home silver after earning a score of 91.75. 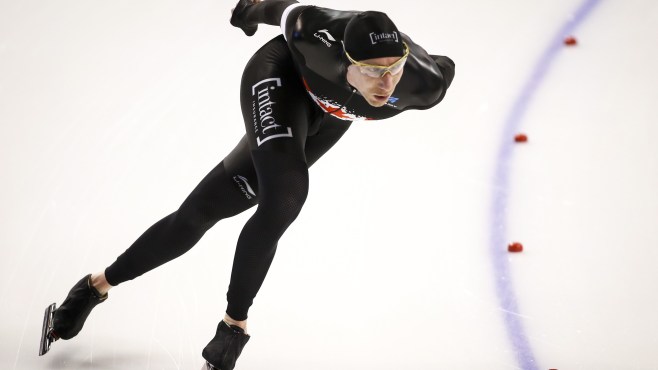 During the ISU Speed Skating World Cup in Salt Lake City, Utah, reigning Olympic Champion Ted-Jan Bloeman earned bronze in the 5000m event. His time of 6:09.645 minutes placed him behind the Dutch with a time of 6:03.706 by Patrick Roest and Marcel Bosker (6:08.904). 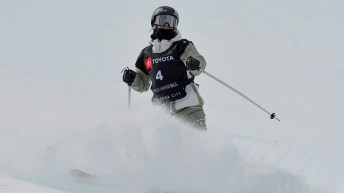