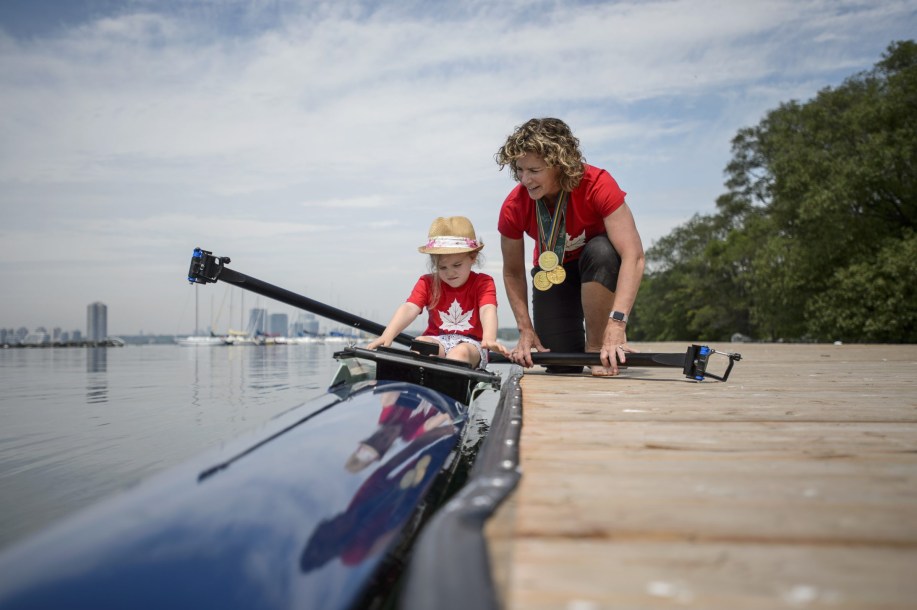 Every time the Olympic Games come on TV, I end up calling my rowing partner Kathleen Heddle.

I always thought of Olympians as superheroes and I know I’m no superhero. 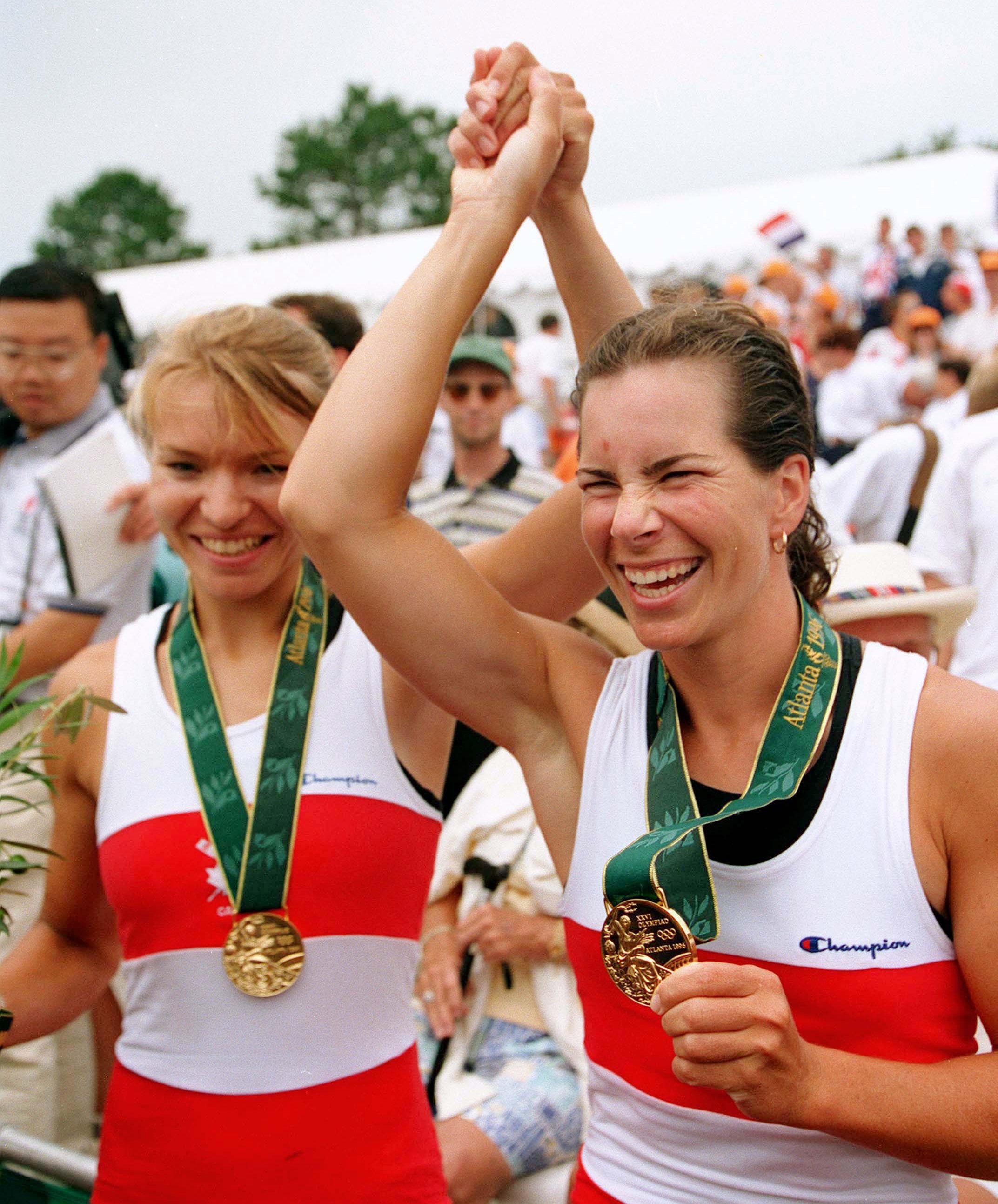 I was lucky to find rowing because I saw it in a TV commercial and in a movie. I immediately looked up a local rowing club in a phone book (this was way before Google!).

Turns out I have natural “water feel” and sitting on my butt, going backwards, and really physically suffering over and over again was something I could sink my teeth into. But being comfortable winning, especially big races? That was scary.

Until Kathleen told me it scared her too. That changed everything.

It was 1991 and Canada hadn’t won a medal at the World Rowing Championships for years. European crews actually felt pretty lucky when they drew Canada in their race but Kathleen and I (and the rest of our team) felt we had the potential to change that.

But potential means nothing at a finish line and we had learned that the year before. We’d had real potential to win bronze but went home a disappointed fourth. Gutted. 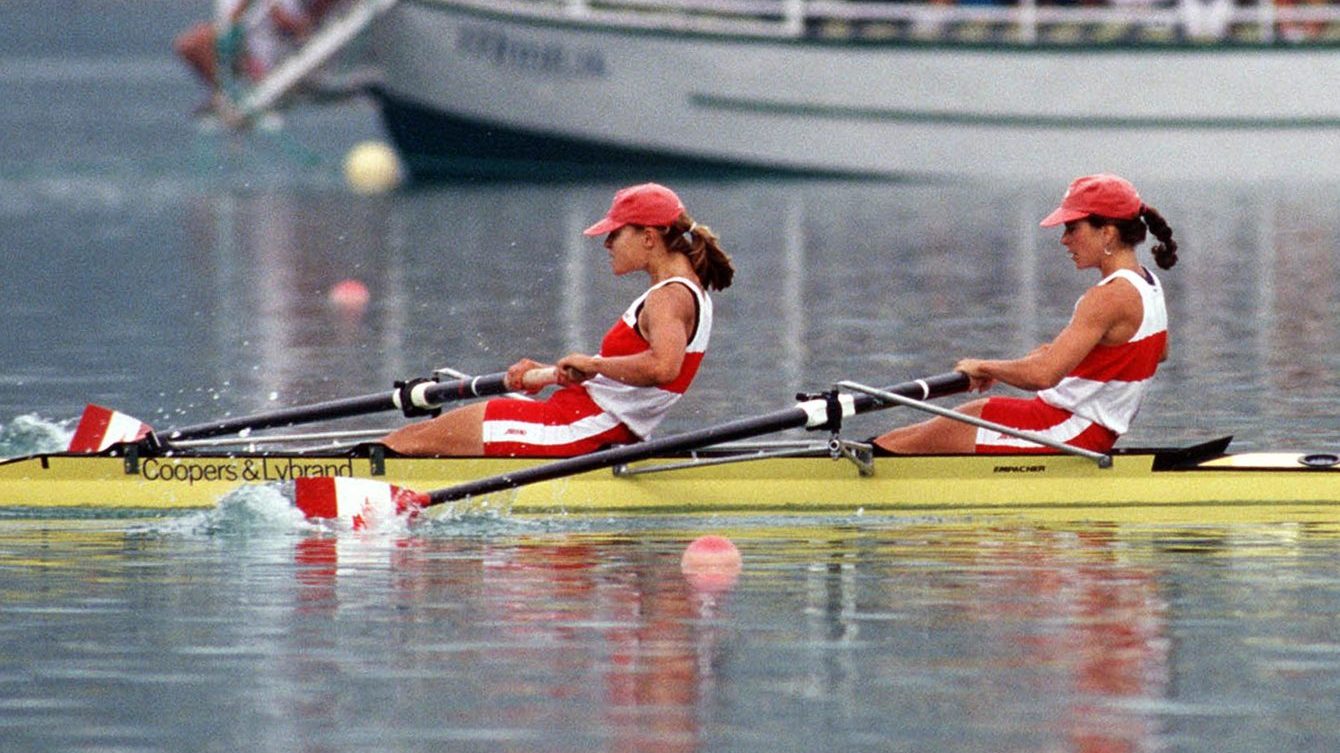 Before the 1991 Worlds, our season would start in Lucerne at what is traditionally the biggest World Cup race of the calendar year. Because each event can include multiple entries from countries, some would say it was harder than the world championships.

I recall the night before those finals so clearly. That day, in the semifinal for the women’s pair, Kath and I had defeated four of the top-six seeded crews, including the first and second seeds. The talk around the regatta was that we would win the final the following day. That was pretty heady stuff.

I remember lying in bed trying to sleep. In the darkness I spoke to Kathleen across the room, who was also unable to sleep.

“We beat everyone today”, I said with a can-you-believe-it tone. Kathleen is a quiet person at the chattiest of times and eventually her reply came: “I know.”

“We could win this tomorrow,” I said. Again, a thoughtful pause and she said “I know.”

I thought about my next comment. I knew what I wanted to say but sometimes saying a thing and admitting to a thing makes it real; it makes it a bigger problem than you want it to be, but I whispered it anyway.

What had I done? What had I said! I had admitted to fear! Did this make me weak when she needed me to pretend that I was strong?

In the dark, she finally replied, “Me too.”

Her “Me too” changed everything. If Kathleen Heddle – the person who I trusted more than anyone, the most talented athlete/rower that I knew – if that Kathleen Heddle was scared then being scared must be normal.

I didn’t worry about my fear after that; I embraced it. I allowed it to be present, in concert with my confidence. After that I slept well. And in the morning, we started to win. A lot. 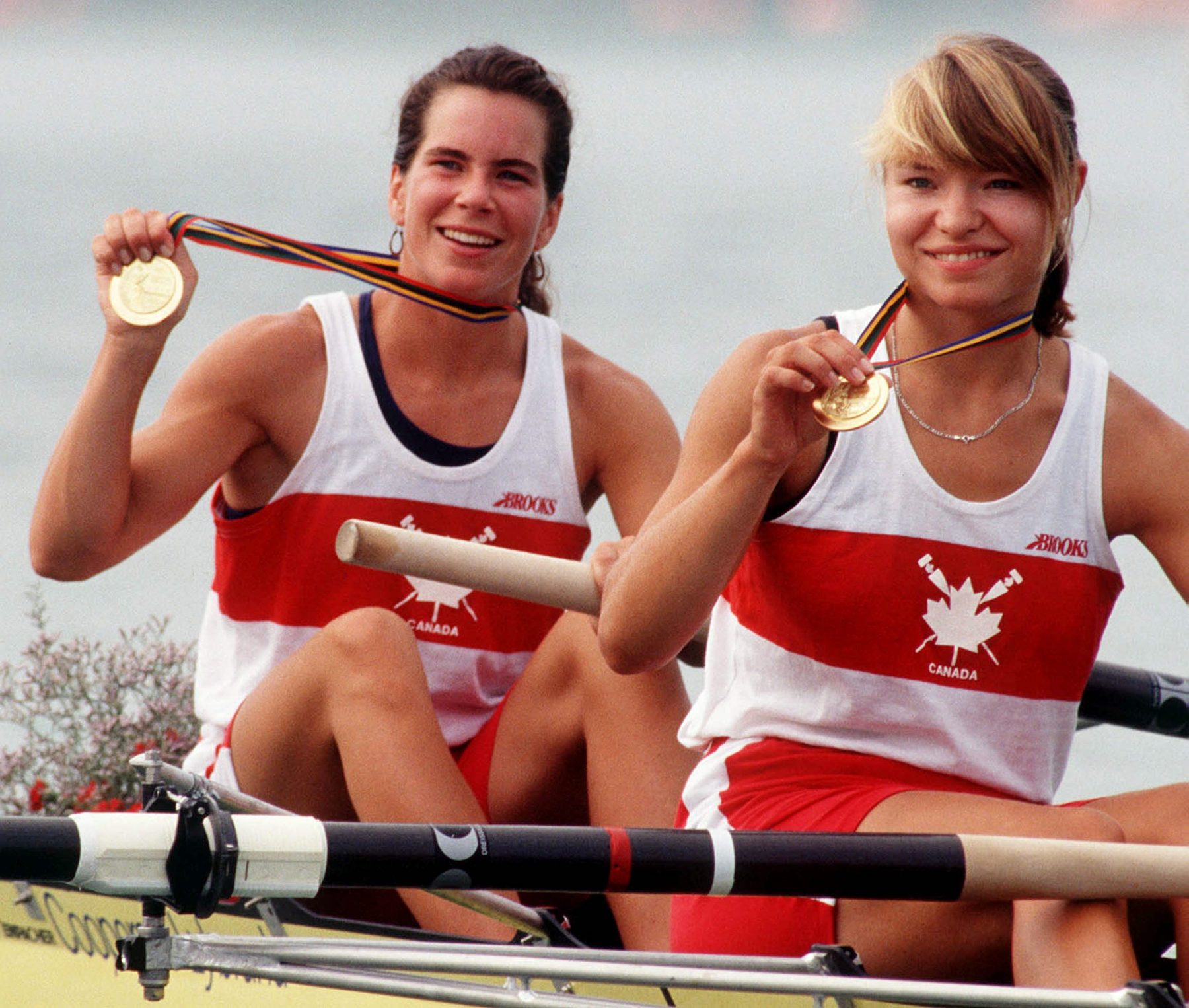 Now, I have the honour of being the Chef de Mission of the 2020 Canadian Olympic Team and that moment – when Kathleen normalized the fears and doubts that came with my ambitions – that moment is what I want to share with Team Canada.

Tokyo 2020 will be my 10th Olympic Games. I went to three as an athlete, two as media and this will be my fifth in a mentorship role. I’ve worked with winter and summer Olympians, next generation athletes, and veterans. There is no one athlete, sport culture or path to the podium that is the same, but the emotional roller coaster that our ambitions take us on is a shared experience.

Team Canada chooses to embrace ‘Be You’ as a value statement. We perform at our best when we are treated as equals and are empowered to be our authentic selves. This refers to our social and cultural self – as well as the powerful emotions that come with believing in extraordinary goals. 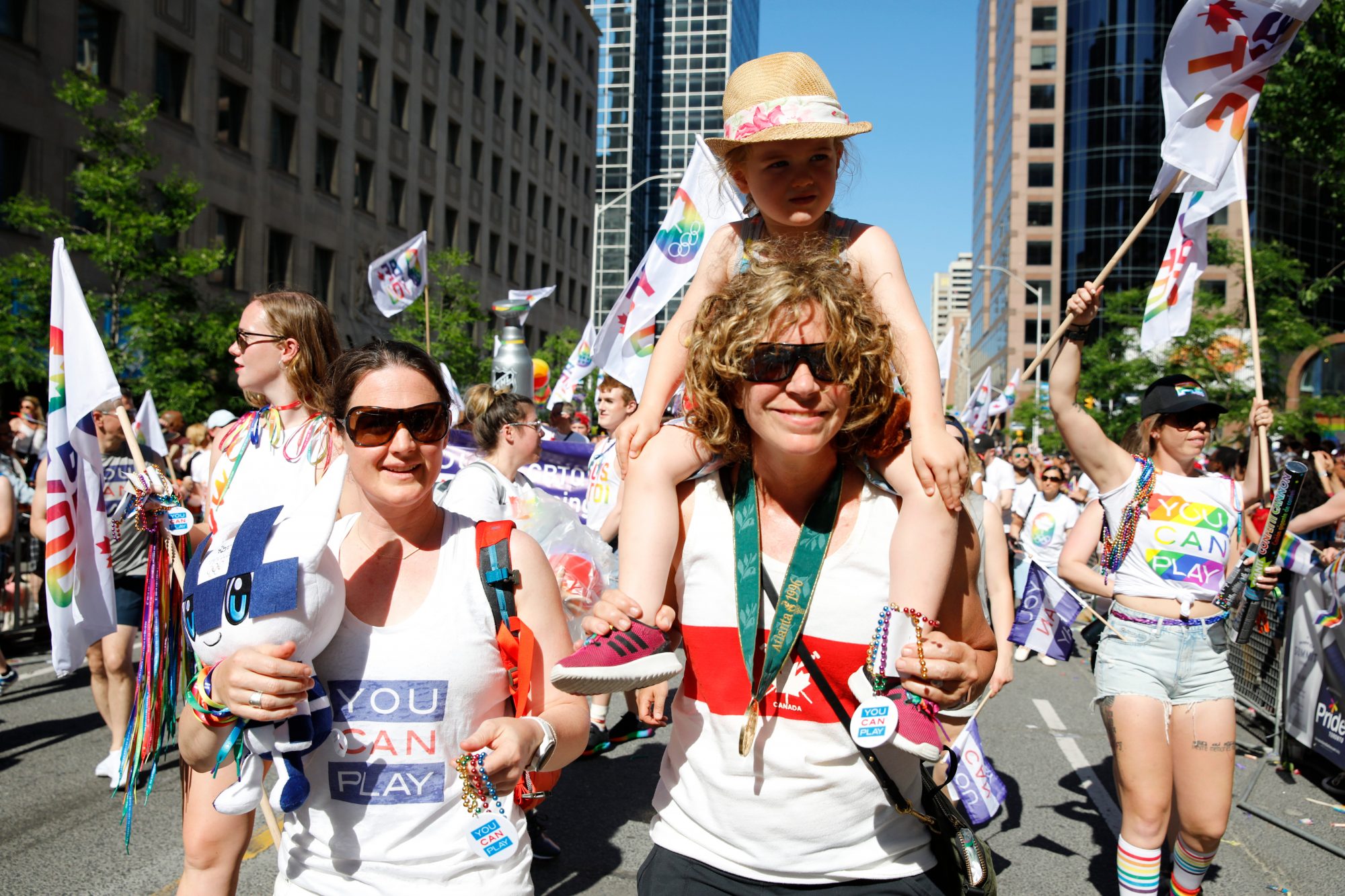 Marnie McBean marches with her wife and daughter as part of Team Canada at the 2019 Toronto Pride Parade on Sunday, June 23, 2019 in Toronto, Ontario (Photo: Adam Pulicicchio/COC).

Part of being our authentic self is accepting that fear and doubt are as normal a part of our path as confidence. The presence of fear doesn’t make us weak; it shows us that we have assigned great value to our goal, that we care. I want us to be comfortable caring more, not less. Capable of doing more, not less.

In Tokyo and, just as importantly, in the build-up to those Olympic Games, I hope to fill whatever role our Team Canada athletes need. Mentor? Cheerleader? It’s up to them, it’s their Games. I also hope that I can help them realize that it’s “ordinary” people like them, like us, who achieve incredible things.

Train hard enough to be confident, care enough to have fear, and start a career of winning somewhere. 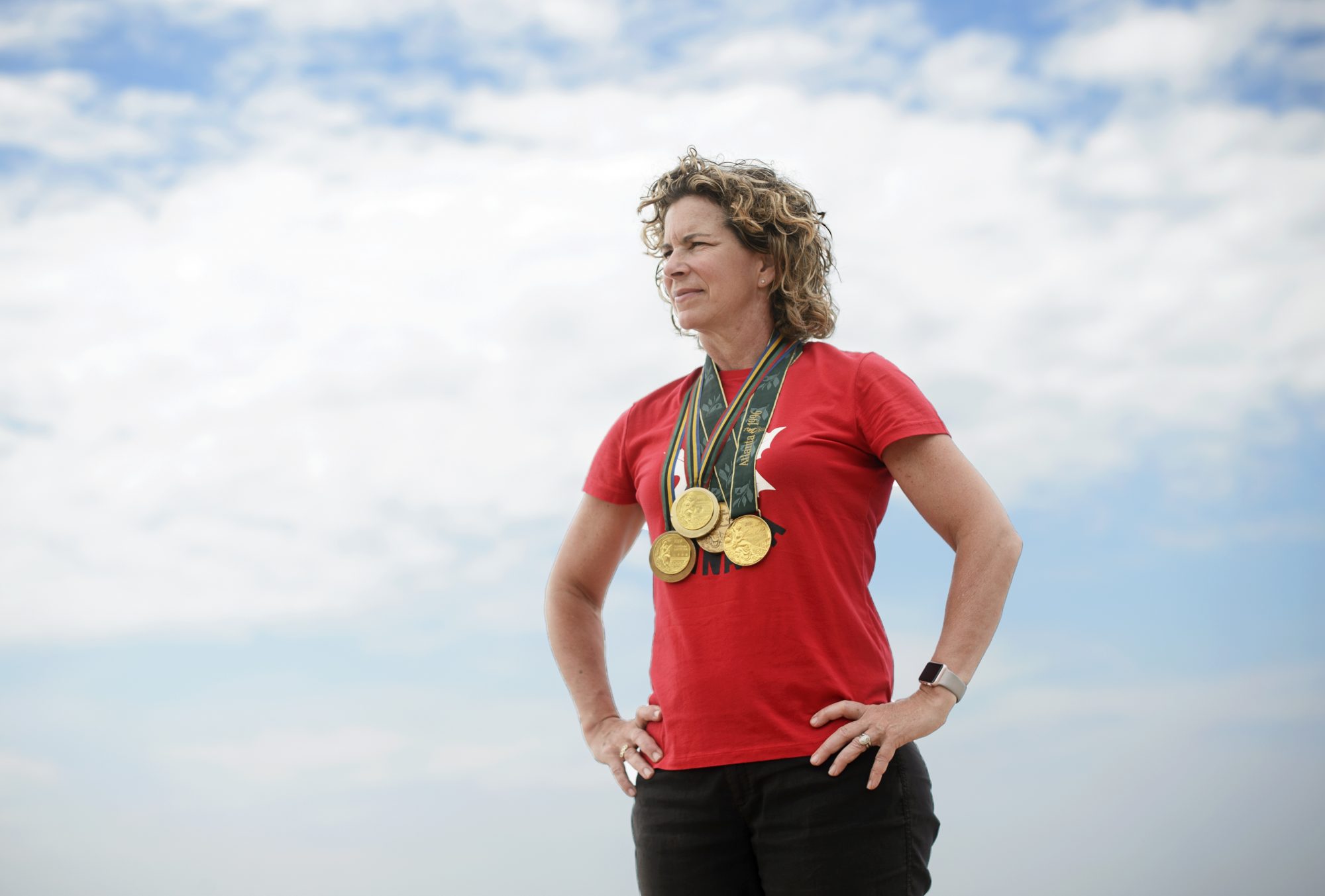 Marnie McBean is a four-time Olympic medallist in rowing. Three of those medals are gold, the most ever for a Canadian summer Olympian, which she won at Barcelona 1992 and Atlanta 1996 alongside racing partner Kathleen Heddle. McBean will lead Team Canada to Tokyo 2020 as the Chef de Mission.

Kathleen Heddle is one of Canada’s most decorated Olympians. In her two Olympic appearances, she captured four medals, including three...