On Saturday at The Genesis Centre in Calgary, Catherine Lizotte of Knowlton, Quebec and Ian Holmquist from Peterborough, Ontario were named as the top performers of the first-ever RBC Training Ground National Final.

100 athletes between 14 to 25-years-old competed in speed, power, endurance, and strength tests for the chance to win the title of male or female champion – which ultimately earns them funding from RBC and a training spot with an RBC Training Ground partner NSO.

Kurt Innes, Technical Lead of the RBC Training Ground Program, explained what each NSO could be looking for: “Cycling is looking for really explosive power below the belly, it’s a leg dominated sport. In generic terms, how high can they jump and then can they transfer that power onto the bike. They’ve already confirmed the athletes can ride bikes this summer, so now it’s who are the best sprint cyclists based on the numbers.” 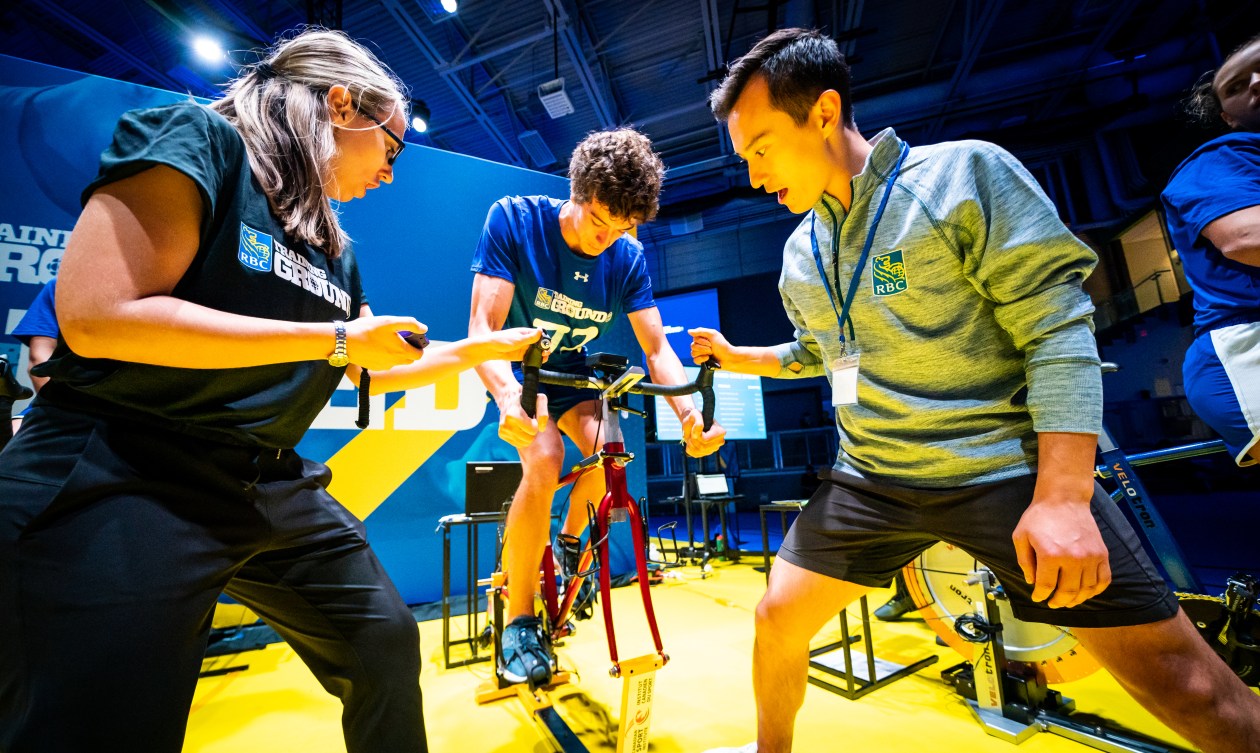 Patrick Chan (right) cheers on an athlete on the sprint bike at the speed station at the RBC Training Ground National Final on Saturday September 14, 2019 at The Genesis Centre in Calgary. (Dave Holland/COC)

On Saturday, Lizotte finished first in the bike sprint and leg press, while Holmquist was at the top in the arm/leg bike and the leg press. 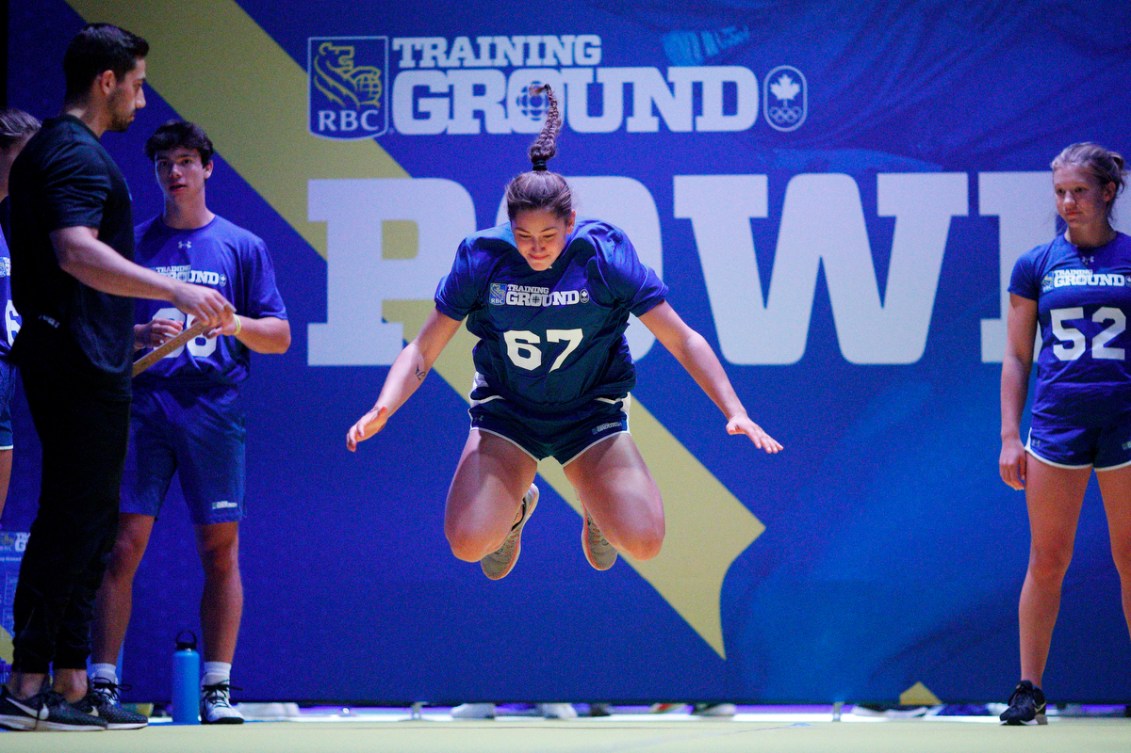 Catherine Lizotte mid-jump at the Power station at the RBC Training Ground National Final on Saturday September 16, 2019 at The Genesis Centre in Calgary. (Credit: Kevin Light)

Lizotte gave her thoughts on being the top female performer: “My experience today was exceptional. I wasn’t expecting that. My results are much better than last year’s. I’m very happy to see that all of the efforts I have put in have paid off. I came in first in the leg press and the bike sprint. I wasn’t expecting this, coming here this weekend. I believed I could perform better than last year, but I never thought I would reach this point.” 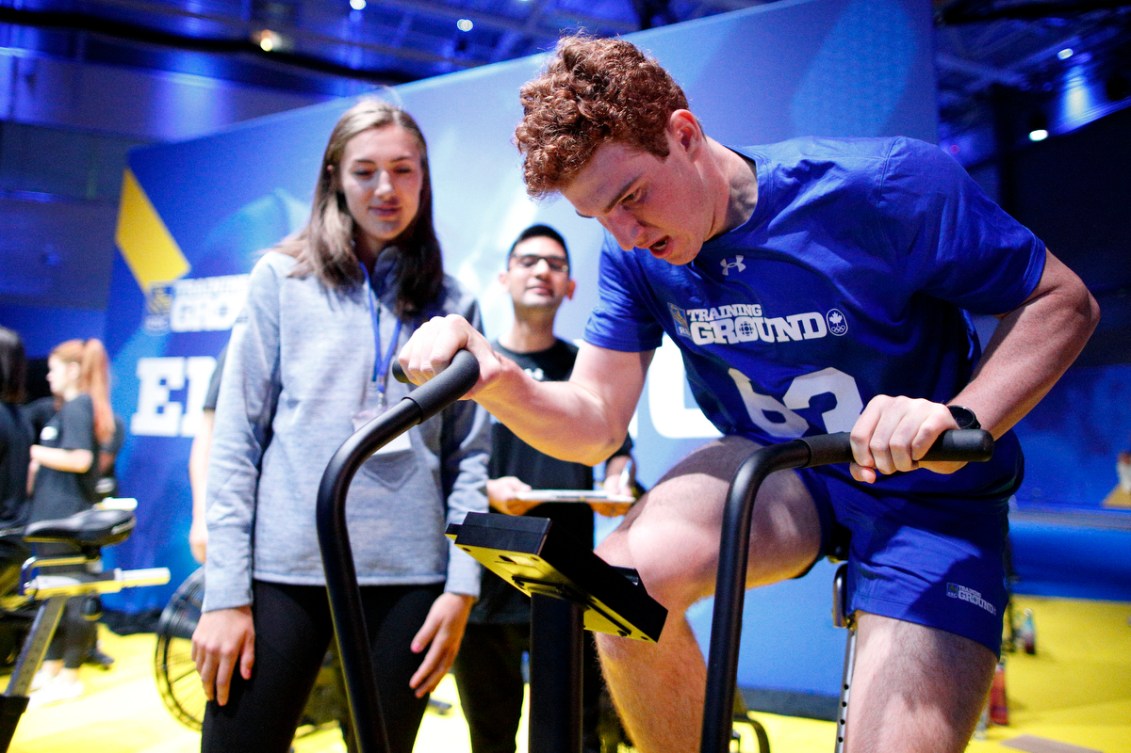 Ian Holmquist tests out his endurance on the bike at the Endurance station at the RBC Training Ground National Final on Saturday September 14, 2019 at The Genesis Centre in Calgary. (Credit: Kevin Light)

Holmquist said of his victory: “It was unbelievable, I never expected this to happen.”

Olympic bronze medallist Abel had this advice for the athletes: “Don’t give up, you’re great, and what you’re doing today will pay off in the future.” 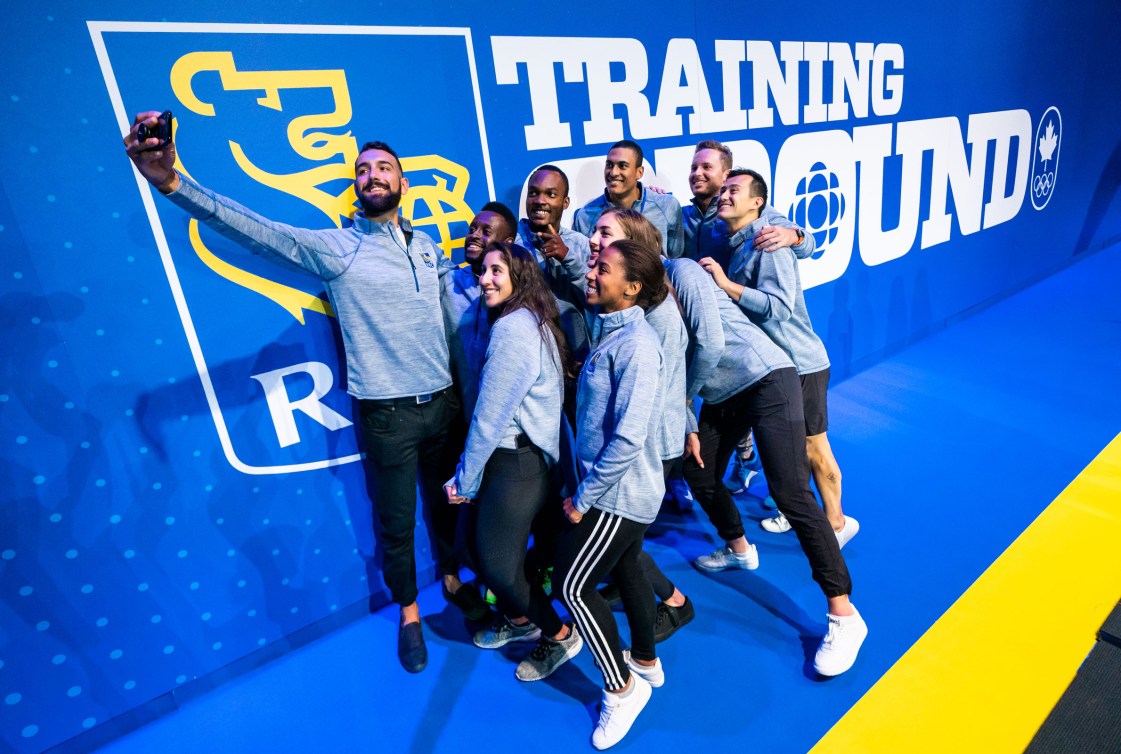 Canoe sprint athlete Bray-Lougheed, a participant in the 2016 program, had this advice for the athletes: “Push hard and when you think you can’t give anymore just remember and keep, keep going.” 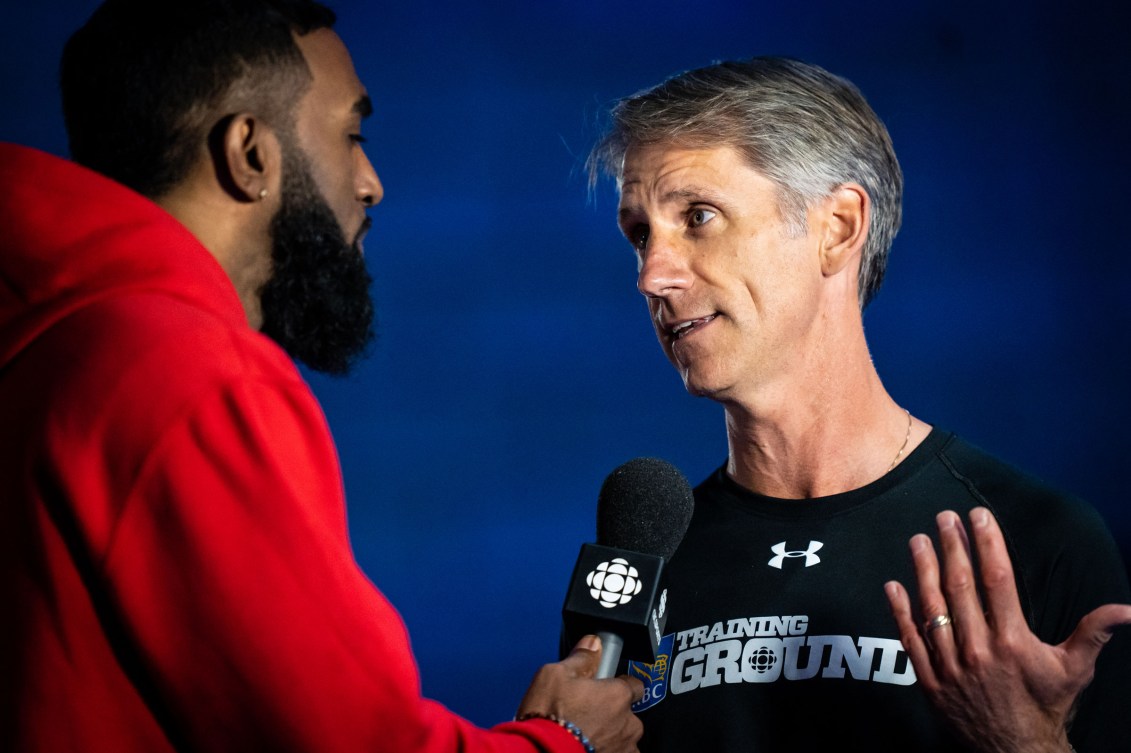 Kurt Innes, Technical Lead for the RBC Training Ground Program is interviewed by Anson Henry at The Genesis Centre in Calgary on Saturday September 14, 2019. (Dave Holland/COC)

One of the most successful athletes identified through RBC Training Ground is cyclist Kelsey Mitchell. Before being selected by Cycling Canada to try sprint track cycling, she had never ridden a track bike before. 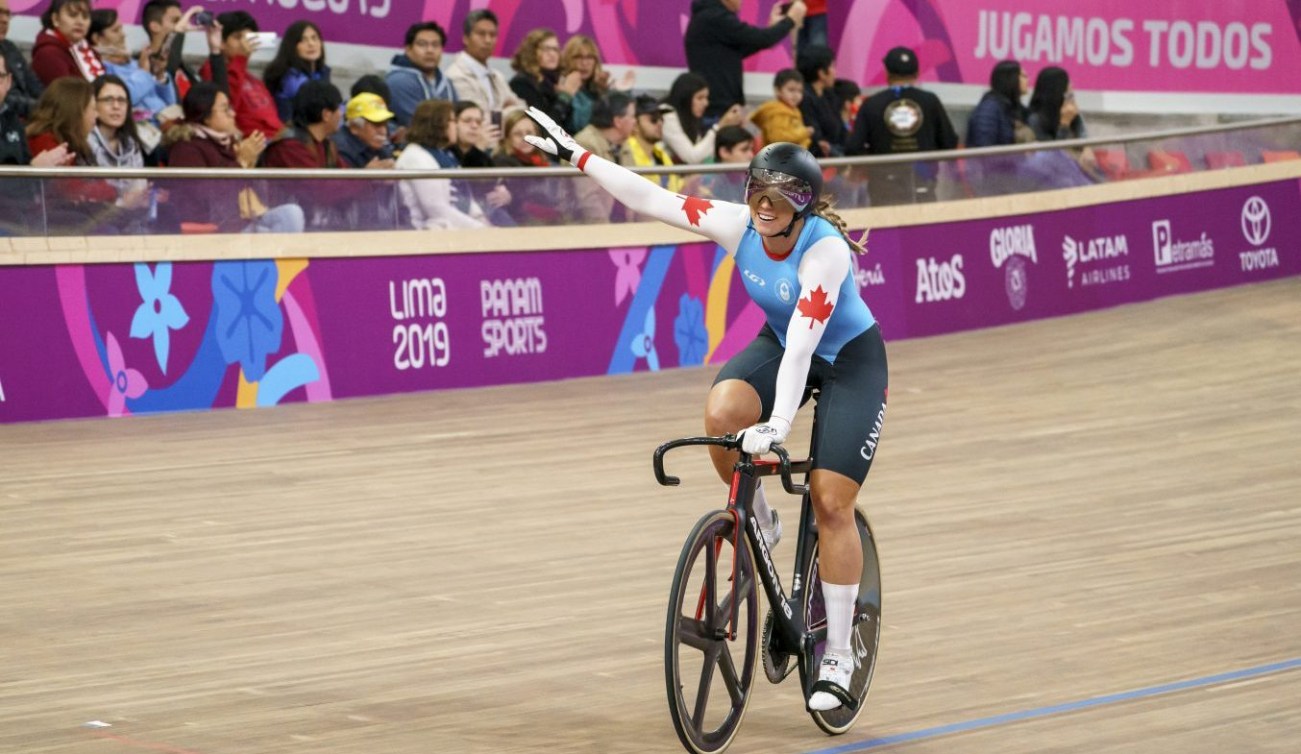 Registration information for the 2020 RBC Training Ground program can be found at www.rbctrainingground.ca.