Oktoberfest and the Olympics are more similar than you think

You need to be in Olympic form to survive the annual Oktoberfest festival in Munich, Germany!

In fact, it didn’t take too long to notice similarities between the Bavarian festival and the Olympics. Don’t believe it? Keep reading, you’ll see!

The Evolution of the Event 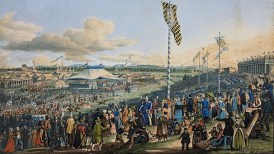 Horse races at Oktoberfest in Munich in 1823 (photo: BR.de) 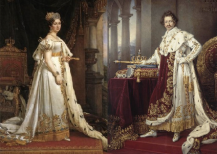 Portrait of the marriage of Princess Therese of Saxe-Hildburghausen to Prince Ludwig. (Photo: Oktoberfest Brisbane)

Like the Olympics, Oktoberfest is not the same today as it was in the early days. Established in 1810, Oktoberfest was originally a festive event to celebrate the marriage of the future King Lugwig to Princess Therese of Saxony-Hildburghausen. The event was so popular that they made it an annual thing! Throughout the years the festival evolved to horse racing, and then eventually became a Bavarian cultural festival.

Inspired by the Olympics of Zappas, which were the 1st modern Olympics – yup, here you have it your first Olympic connection – the Oktoberfest organizing committee reworked the event’s concept to become the Bavarian festival, as we know it, in the early years of the XXth century.

The festivities are spread out over 16 to 18 days, depending on the year, which is about the same number of days as the Olympics. A coincidence? We think not.

You can find the full schedule of Oktoberfest events here.

The Olympics have their Parade of Nations at the Opening Ceremony, and Munich has its Oktoberfest parade called Trachten und Schützenzug – try saying that three times fast, good luck! This parade showcases the traditional costumes of the brewers participating in the festival, and it’s held every year, always on the first Sunday of the festivities and ends where the opening ceremony begins.

Speaking of Opening Ceremonies, as at the Olympics, the Oktoberfest also has its own event to kick off the festival. Continuing the long-standing tradition, the start of the festival takes place when the mayor of Munich makes the official tapping of the first barrel while shouting O’zapft is!

Theresienwiese – or Wiesn for regulars – is where the official site of the Oktoberfest is. It’s kind of the Bavarian version of the Olympic Park. 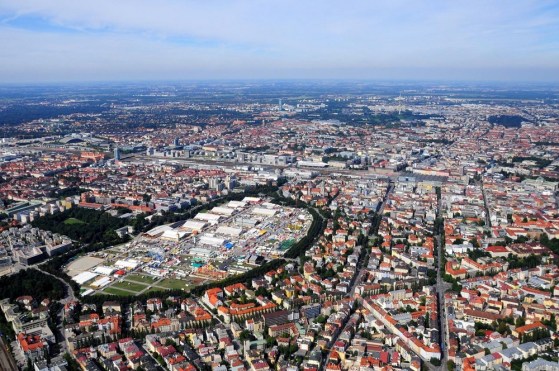 Aerial view of Theresienwiese, where Oktoberfest has been held every year since it originated. (Photo: Oktoberfest.net) 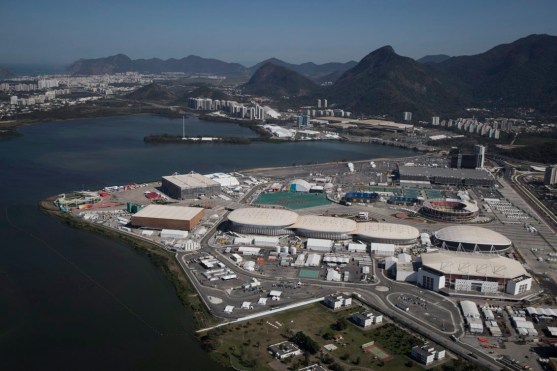 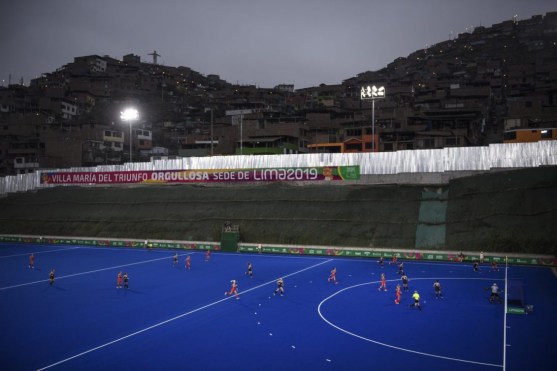 Now, let’s check out some statistics of the event and measure them to our Olympic references.

While 1.17 million and 1.57 million tourists went to the Rio 2016 and PyeongChang 2018 Olympic Games, more than 6 million people attend Oktoberfest. EVERY. SINGLE. YEAR.

Statistics show that 6,900,000 litres of beer are poured at Oktoberfest each year, which is enough to fill three Olympic pools. Prost! 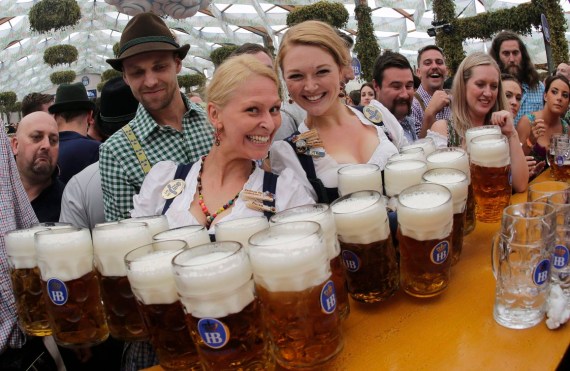 Each of the Oktoberfest’s official mugs holds 1 litre of beer and weighs 5 pounds – which means the Bavarian servers are astonishingly strong! The current world record, set in Abensberg, is held by Oliver Strümpfel who carried 29 steins over 40 meters for a total weight of 69 kg.

Oktoberfest will start on September 21st and runs until October 6th.