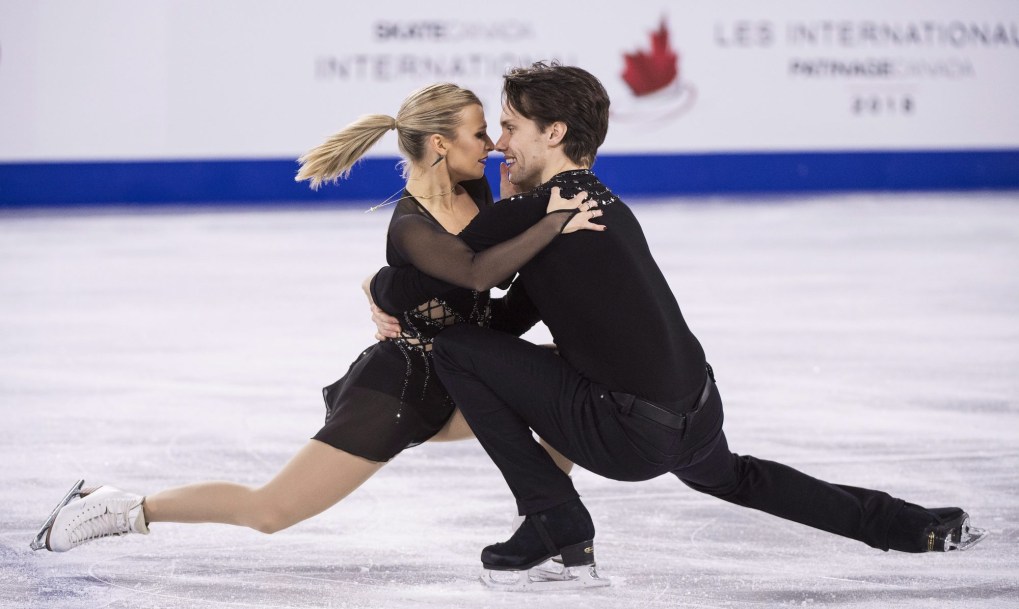 Songs to include on your Team Canada figure skating playlist

When you hear someone say figure skating, a few things probably come to mind immediately, such as jumps, spins, and footwork.

But a program becomes truly memorable when these technical elements are woven together with creative choreography against the right musical backdrop.

Case in point: Tessa and Scott making magic happen in PyeongChang with Moulin Rouge, a music selection beloved by both die hard fans and those tuning in for the first time.

Of course there will always be skaters who choose to stick to the tried and true (Swan Lake, anyone?), but here are a few playlist-friendly tunes to listen for this season as you watch Canadian skaters compete around the world.

When the 2018 Olympian was married in August, the song he and new wife Lane chose for their first dance was Ed Sheeran’s duet of his hit single “Perfect” with Beyoncé. That memory will accompany Messing onto the ice each time he performs his short program this season, which he says makes him not feel so alone out there. He’s also hoping to inspire a few tears with the meaning behind his program.

For his free skate, he went back to the very early 1990s for something entirely different: Guns N’ Roses’ rock masterpiece “November Rain”. It was suggested to him by his choreographer Lance Vipond who had no idea it was one of his all-time favourite songs. Sure it starts off somewhat orchestral, but when Axl Rose starts singing and Slash gets into that guitar solo, it’s a fresh pace for figure skating.

Music: In My Blood by Shawn Mendes

Orzel has brought back this successful vehicle in which he turned to Canadian pop superstar Shawn Mendes for his short program choreographed by 2008 World Champion Jeffrey Buttle. Orzel opened a lot of eyes at last year’s national championships and is ready to head into his first season as a senior international competitor, with his Grand Prix debut set for November in Japan.

Music: It’s All Coming Back to Me Now by Celine Dion

Daleman, a member of the Olympic gold medal-winning team in PyeongChang, decided to have Canadian icon Celine Dion provide the soundtrack for her free skate, settling on her epic, mid-90s power ballad. Daleman endured a tough off-season as she recovered from an on-ice collision that took place in April which left her with a concussion and other injuries.

Another Canadian legend, Joni Mitchell, will be heard at rinks around the world, accompanying Gilles and Poirier in their quest for the world podium. The song “Both Sides Now” is now 50 years old and has been covered by dozens of artists over the decades, but if anyone can bring something new to something old, it is these inventive ice dancers.

Most of us are probably most familiar with Rhianna’s version of “Love on the Brain” recorded in 2016, but the reigning Canadian pairs champions settled on the cover by Cold War Kids featuring Bishop Briggs for their short program. They’ve described it as more raw and challenging than their past programs, but have had fun tackling something different.

The free skate music was suggested by choreographer Julie Marcotte, who had heard Ruelle’s “Carry You” after her father died earlier in the year. When Moore-Towers and Marinaro heard it for the first time, there were tears as the lyrics touched them emotionally, providing an immediate connection they were missing with last year’s Pink Floyd free skate. That comfort certainly showed at the recent Nebelhorn Trophy where they won gold.

Music: Bennie and the Jets by Elton John, One by Cinematic Pop

With the Elton John biopic Rocketman coming out at just about the same time that skaters were picking their music for the season, it’s not entirely surprising that we’re going to be hearing from his incredible catalogue. The Canadian pairs silver medallists have gone with a song we all know and love (even if we don’t get all the lyrics right) in “Bennie and the Jets”. American world champion and quad master Nathan Chen has settled on a full Rocketman soundtrack medley for his free skate.

Walsh and Michaud turned to the U2 hit “One” for their free skate, selecting a cover by Cinematic Pop, who you might know from appearances on America’s Got Talent.

Music: Come Together + Let It Be + Get Back by The Beatles

The classic rock trend continues with reigning national champion Nguyen, who will be performing to a trio of tunes by The Beatles for his free skate. You’ll probably find yourself singing along and maybe doing a little couch dancing as you watch.

The reigning world junior champions in ice dance will make their Grand Prix debuts on home ice at Skate Canada. They’re ready to make their mark with the help of Freddy Mercury, taking on the operatic favourite “Bohemian Rhapsody”, though the rules have forced them to trim two minutes out of the six-minute epic. Don’t worry though; they haven’t edited out your opportunity to head bang!

If you love musical theatre, you’re in for a treat during every ice dance event as all duos must perform Broadway-themed programs for their rhythm dance, which includes the Finnstep as the required pattern. Sales and Wamsteeker have also decided to take us back to the ’70s with a little ABBA we know you’ll want to tap along to.

The Grand Prix season begins on Friday October 18 with Skate America from Las Vegas. You can watch that livestream, as well as coverage of the Internationaux de France (November 1-3), Cup of China (November 8-10), Rosteletom Cup (November 15-17) and NHK Trophy (November 22-24) on cbcsports.ca. TSN and CTV will have complete broadcast coverage of Skate Canada International on October 25 and 26. That schedule can be found here.