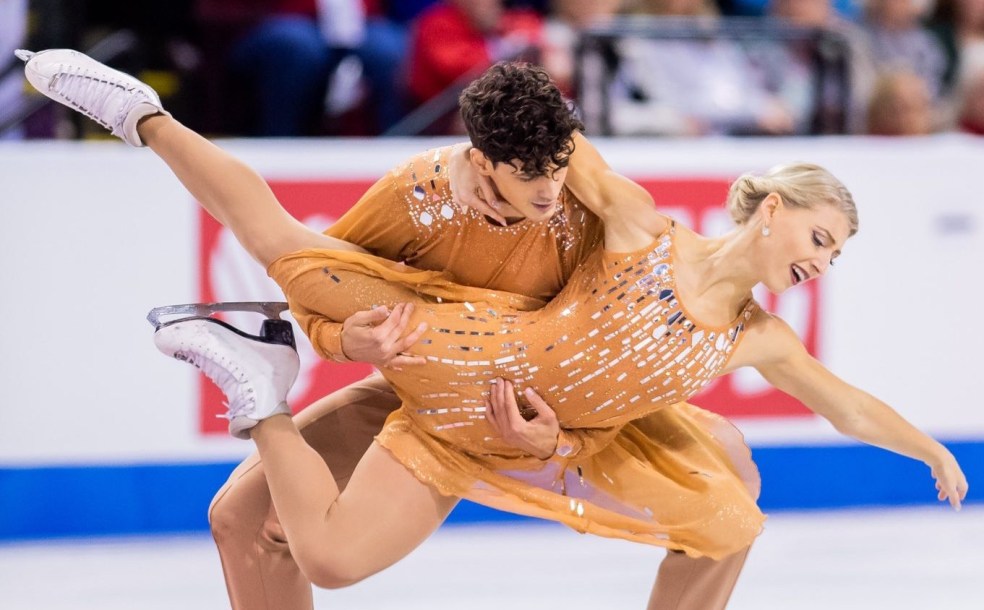 “We’ve worked really hard for this moment. I think we really trusted our training and knew exactly what we needed to do when we came here. We just went for it and skated today’s program and that’s all that we can do. We have plenty more to do in the next couple of weeks to keep this streak going, but I think we’re really up for the challenge,” Gilles said following the ice dance.

Home joy for 🇨🇦 as Gilles/Poirier take first Grand Prix 🥇
Reaction and round up of a thrilling second day in the Ice Dance 👉 https://t.co/lHypo2Ee9j #GPFigure #FigureSkating pic.twitter.com/7K5PraqHAC

After the rhythm dance on Friday evening, Gilles and Poirier remained in second rank with 82.58 points. The Canadians delivered a fluid free dance, executing intricate choreography through footwork and lifts to overtake overnight leaders Madison Hubbell and Zachary Donohue, to win the gold medal.

Nam Nguyen 🇨🇦 knew who took a gigantic 2nd place in his home event of Skate Canada and he didn't hide it!

This is the second stop on the 2019 ISU Grand Prix figure skating circuit. Saturday marks the end of competition in Kelowna. The next stop of the ISU Grand Prix of Figure Skating is the Internationaux de France in Grenoble, France from November 1 – 3.