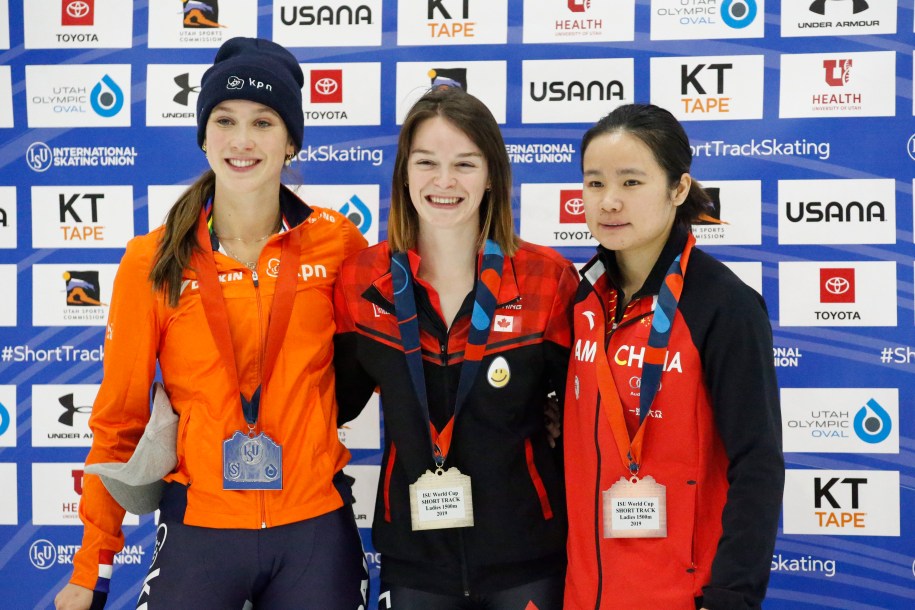 Kim Boutin won a pair of gold medals and set a new world record at the ISU World Cup Short Track in Salt Lake City over the weekend.

It was a battle during the 1500-metre short track event on Saturday. Team Canada’s Kim Boutin was off to the races from the start until she fell a few positions. However, she quickly regained her lead during the last lap of the finals to earn gold.

On Sunday, Boutin opened the 500-metre quarter-finals by setting a new world record with a time of 41.936s. Although she didn’t surpass her record in the semi-finals, her time of 42.345 placed her in the A finals.

Boutin took charge of the 500-metre finals right from the beginning and raced to her second gold medal of the weekend at 42.336s.

The next stop on ISU World Cup short track circuit is Montreal on November 8 to 10, followed by stops in Nagoya, Shanghai, Dresden and Dordrecht.