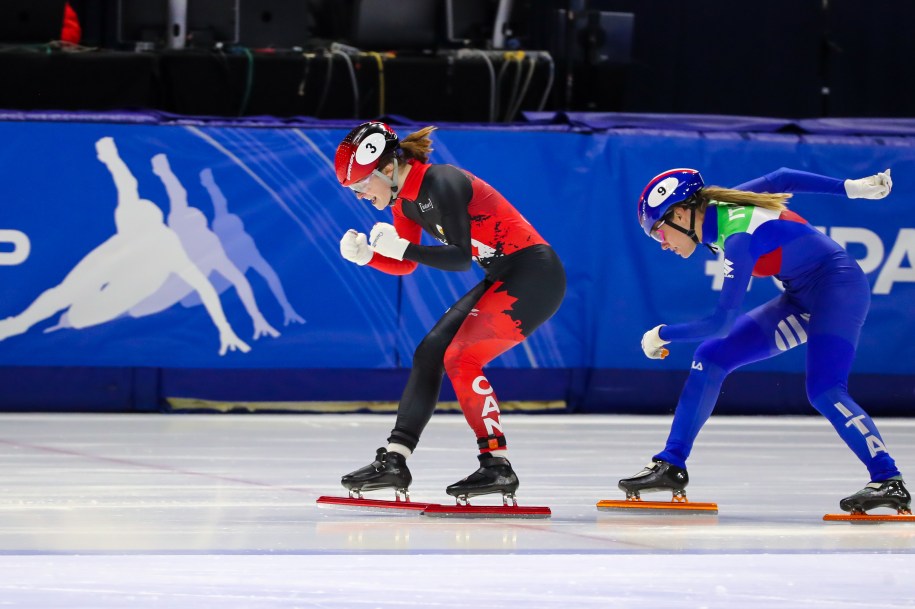 Canadian women had a strong showing on the final day of the ISU Short Track World Cup in Montreal, earning medals in the 500m, 1000m and the 3000m relay on Sunday.

Kim Boutin was victorious yet again, claiming her second gold medal of the weekend after winning the 1000m event on Saturday at Maurice Richard Arena.  She skated the 500m in a speedy time of 42.568 seconds to claim her fourth medal of the World Cup season. She was followed by Italy’s Martina Valcepina (42.659s) and Natalia Maliszewska of Poland (42.779s).

Fellow Canadian Courtney Lee Sarault also reached the podium, capturing silver in the second Ladies’ 1000m final of the weekend. She crossed the finish line in 1:30.959. She was beat by Han Yu Tong of China, who posted a golden time of 1:30.712, while Ekaterina Efremenkova completed the podium in third with a time of 1:31.125.

Today’s medals bring Team Canada’s count to five for the weekend. The next ISU Short Track World Cup runs from November 29 to December 1 in Nagoya, Japan.