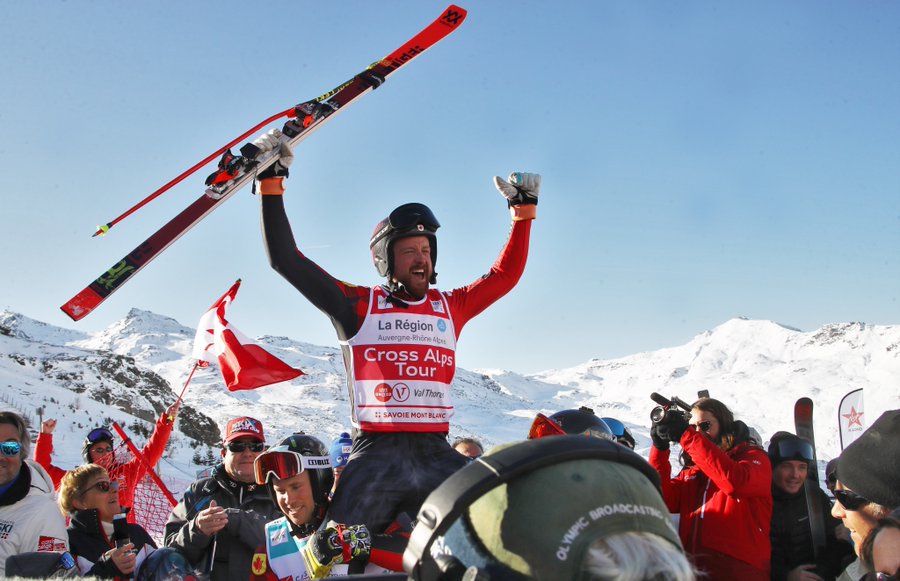 Mahler, returning from injury, battled through the quarter-final and semi-final heats and led for the entire final run to achieve his first World Cup podium and victory. He felt today was the culmination of all the hard work he’s put in to get back in competition.

“After two long years of rehab and too many sick days I can’t even believe it. That’s one way to come back that’s for sure. I stayed focused and we found some lines that were working.” he said.

🚨 PODIUM ALERT 🚨 @CanadaSkiCross is still on top on day two of the Cross Alps Tour. @KrisMahlerSki had his first WC podium with a GOLD 🥇 medal performance while @courtneyhoffos is on a roll winning a bronze 🥉 in Val Thorens, France.
📸 GEPA pic.twitter.com/Rwyj8LK34v

On the women’s side, Hoffos had another strong performance, taking home her second medal of the weekend, with bronze. On Friday she won the silver medal in the women’s small final.