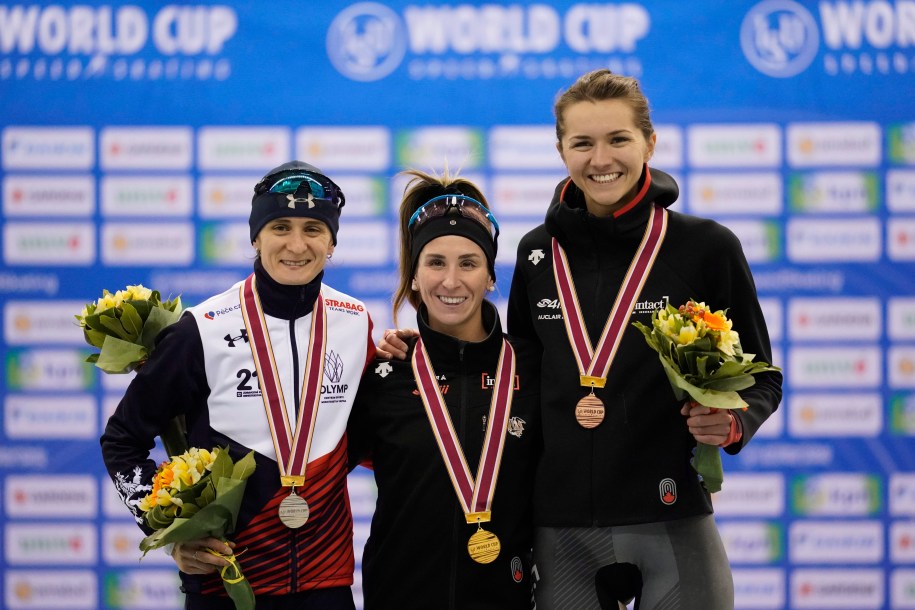 Ivanie Blondin secured her fifth consecutive gold medal in record timing at the ISU Speed Skating World Cup on Saturday during the 3000-metre event in Nagano, Japan alongside Isabelle Weidemann who claimed bronze for a double podium.

Blondin set a new track record of 4:00.243 seconds for the 3000-metre event to claim her gold medal. She defeated the previous record by more than three seconds. All of Blondin’s wins this season come in different disciplines – the 5000m, 1500m, Team Pursuit, Mass Start, and now the 3000m.

Weidemann also reached the podium in the 3000m, winning the bronze medal for an exciting double podium finish. Her time of 4:03.051s put her behind former record holder from the Czech Republic, Martina Sáblíková (4:01.976s).

It's that woman again! @IvanieB rockets to a track record to take yet another world cup 🥇, this time in the Ladies' 3000m.
🥈 @msablikova 🇨🇿
🥉 @i_weidemann 🇨🇦 pic.twitter.com/kNM1O2Am7p

Since he previously won a bronze in Team Sprint on Friday, this was also a historic moment for Langelaar because no Canadian man has previously medalled in both team events in the same competition.

The competition concludes on Sunday with the second ladies’ 500m, the ladies Team Pursuit and the men’s 1000m and 5000m events.