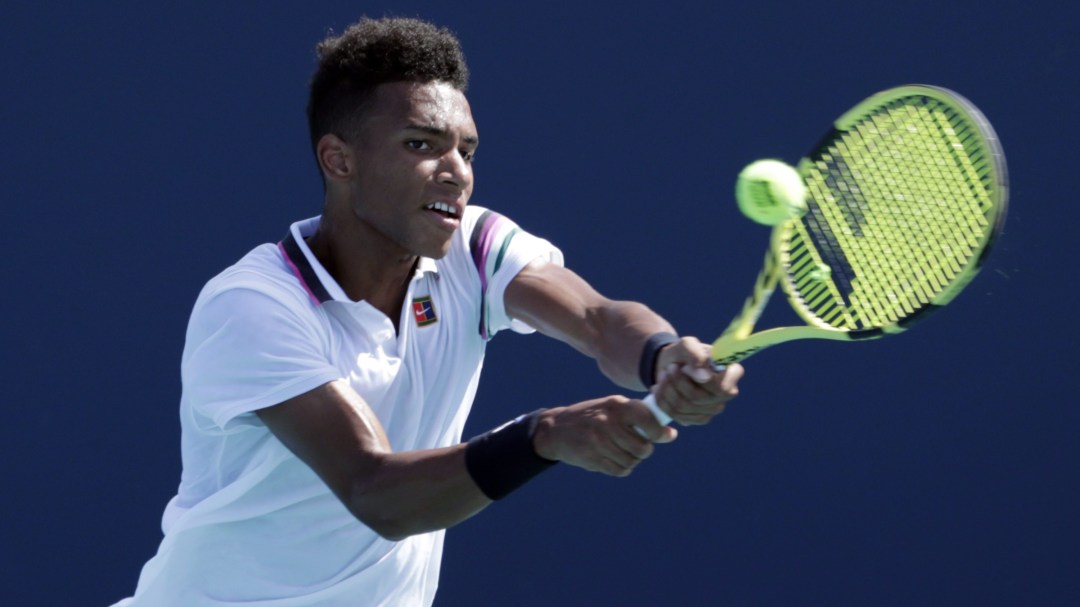 The tennis Grand Slam season is back.

Canadian tennis is going crazy well right now, and there’s no better place to witness this than at a Grand Slam. Here’s everything you need to know about this year’s Australian Open, and what to expect from Team Canada in Melbourne.

What is the Australian Open?

When is the Australian Open?

The Australian Open is held annually in the last two weeks of January. The 2020 tournament will take place January 20 – February 2, with the qualifying rounds starting on January 13th.

What about the fires in Australia?

Obviously, the fires in Australia are closely monitored by the tournament organizers. If the air quality is not yet considered dangerous for the players, some of them could have tingling in the eyes and difficulty breathing. Incidents have already been reported during qualifying, including the forfeit of a Slovenian player and a request for treatment from Eugenie Bouchard after two and a half sets of play.

Tennis Australia has sent experts on site to ensure the safety of the public and players. In addition, some matches have already been delayed due to poor weather conditions. However, it is unlikely that the organizing committee will cancel or postpone the tournament. Besides, it has rained in the past few days, which is obviously excellent news.

On a more positive note, the International Tennis Federation and three of the four Grand Slam tournaments have announced that they will collectively pledge an additional US$400,000 donation to the Australian Bushfire relief efforts. Also, the Australian Open has started a fundraising called “Pledges for Aces”, where the players (or the players’ fans – that’s you!) can pledge to make a donation for every aces they make during the tournament. Tennis Canada has decided to participate in the campaign and give $100 for each Canadian ace.

We're joining the cause. @TennisAustralia @AustralianOpen

For every ace hit by a Canadian player during the Australian Open, we pledge to donate $100 to the #Aces4BushfireRelief fund.

Which Canadians are competing in the Australian Open?

Last year, there were no Canadians in the singles main draw, for men or for women! Let’s say things have changed a little since then…

Canada has three seeded players this year, and a total of five Team Canada players will play in the singles main tournament.

Shapovalov arrives in Melbourne as the top Canadian and 13th seeded in the tournament. He had an excellent start to the season and is in great shape; expectations are therefore quite high. In 2019, he reached the third round of the Australian Open.

21st in the world, Auger-Aliassime is the 20th seeded player of the Aussie Open. This is his first appearance in the main draw. He was stopped in the second round of qualifiers last year.

Canada’s last seed is veteran Milos Raonic, who will be 32nd. He had a fairly difficult 2019 punctuated with injuries – he has actually just recovered from a knee injury. During the last edition of the tournament, he made it to the quarterfinals.

Thanks to its protected classification of 73rd, Pospisil has access to the main draw of the Australian Open. He is currently 146th player in the world, after an absolutely fabulous 2019 year. His performances at the start of the year point to another good season.

On the women’s side, Canada’s queen of tennis, Bianca Andreescu, has announced that she will not take part in the tournament since she hasn’t completely recovered from her knee injury.

Rookie Leylah Annie Fernandez is the only Canadian to have successfully gone through the qualifications this year. It will be the 17-years-old’s first Grand Slam as a professional.

In the doubles draw, Gaby Dabrowski should make quite an impression with her partner Xu Yifan. They had an amazing 2019 season, and are entering 2020 in great shape. Surely, they’ll want to surpass their result from last year, when they were stopped in the first round.

You can find the draw (Singles only) right here.

When are the Canadians playing at the Australian Open?

The draw was favourable for the Canadians – some may wish to add “for once!” Here is an overview of what awaits Team Canada in the main draw.

Denis Shapovalov will be Canada’s first representative in action, Sunday evening at 7 p.m. (ET). He will face Hungarian Marton Fucsovic, 66th in the world, for the first time. His first big challenge could be Roger Federer, in the fourth round. We remember that Shapo recently offered incredible, and almost victorious, performances against Rafael Nadal and Novak Djokovic.

On Monday, Félix Auger-Aliassime will compete against Ernests Gulbis of Latvia, a player from the qualifications. They have already crossed paths once in the past, at the Stuttgart Open in 2019. Félix took the victory. The time of the match has yet to be determined.

Milos Raonic should play on Sunday evening or early Monday morning. He will face Radu Albot of Moldova for the first time, who is ranked 48th in the world. In the third round, he could face Stefanos Tsitsipas.

Vasek Pospisil will be on familiar ground for his opening match on Monday as he will face Croatian Ivo Karlovic, 123rd in the world. The two have played against each other five times in the past, Vasek leading the record 4-1.

For her first Grand Slam main draw match, Leylah Annie Fernandez will face American Lauren Davis, ranked 62nd in the world. Fernandez did well against similar players during qualifying, so it will be interesting to see her face Davis.

What is the time difference between Australia and Canada?

Melbourne is 16 hours ahead of Eastern Standard Time and 19 hours ahead of Pacific Standard Time. So when the day sessions begin at 11:00 a.m. in Melbourne, it is 7:00 p.m. in Toronto and Montreal and 4:00 p.m. in Vancouver. Night sessions that begin at 7:00 p.m. in Melbourne will be seen at 3:00 a.m. in Toronto and Montreal and at midnight in Vancouver. Set those alarm clocks!

Where can I watch the Australian Open?

The Australian Open will be broadcast across Canada by TSN/RDS. TSN’s full schedule is available here.

What is the prize for winning the Australian Open?

Fun, very fun fact: For the men’s and women’s events in Melbourne, prize money is equal. (All amounts are in USD)

Who has won the most Australian Open titles?

Have Canadians won the Australian Open? 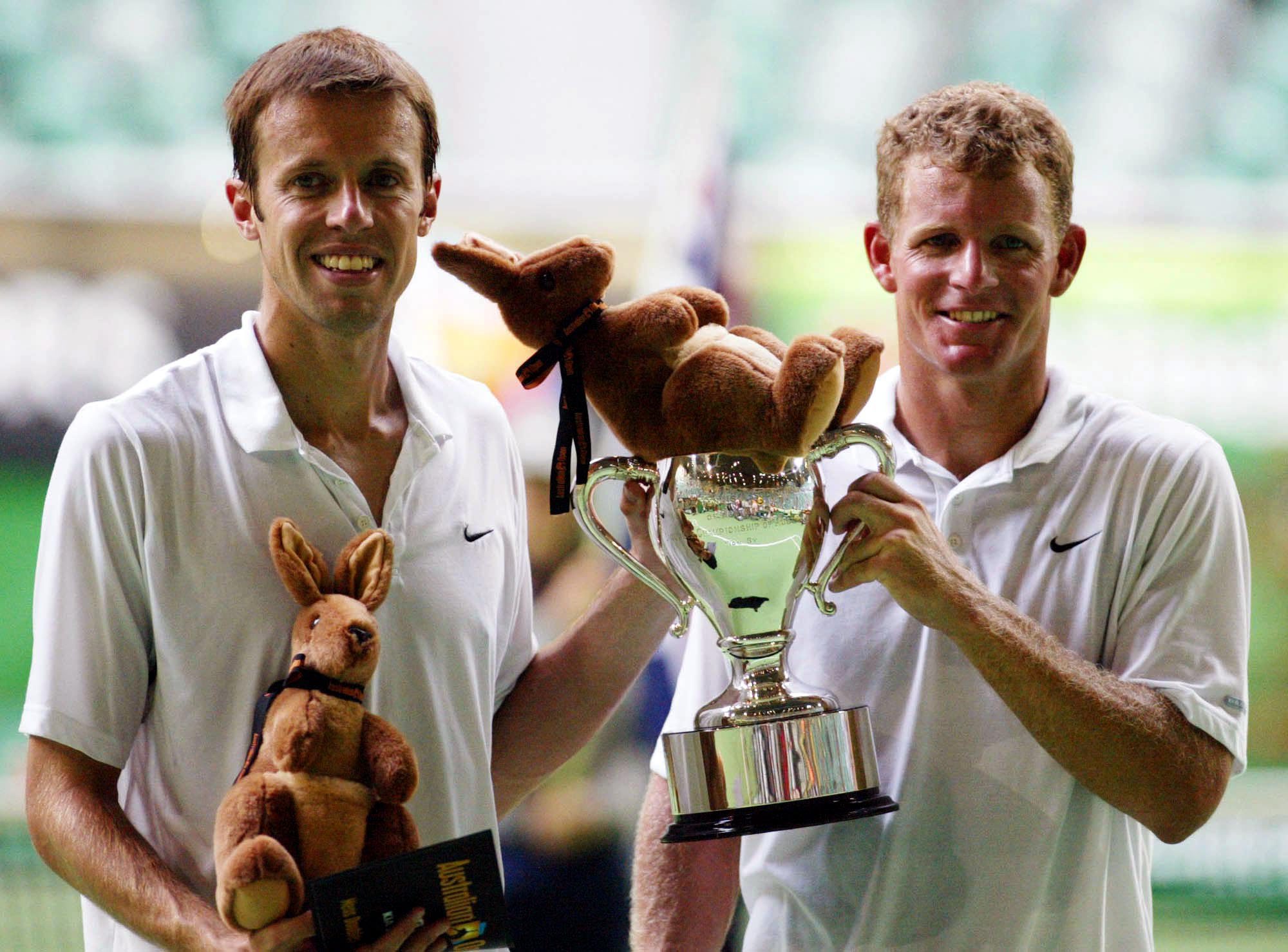 Canada’s most recent champion is Gabriela Dabrowski who won the mixed doubles title at the 2018 Australian Open with her partner Mate Pavic of Croatia.

What surface is on the courts at the Australian Open?