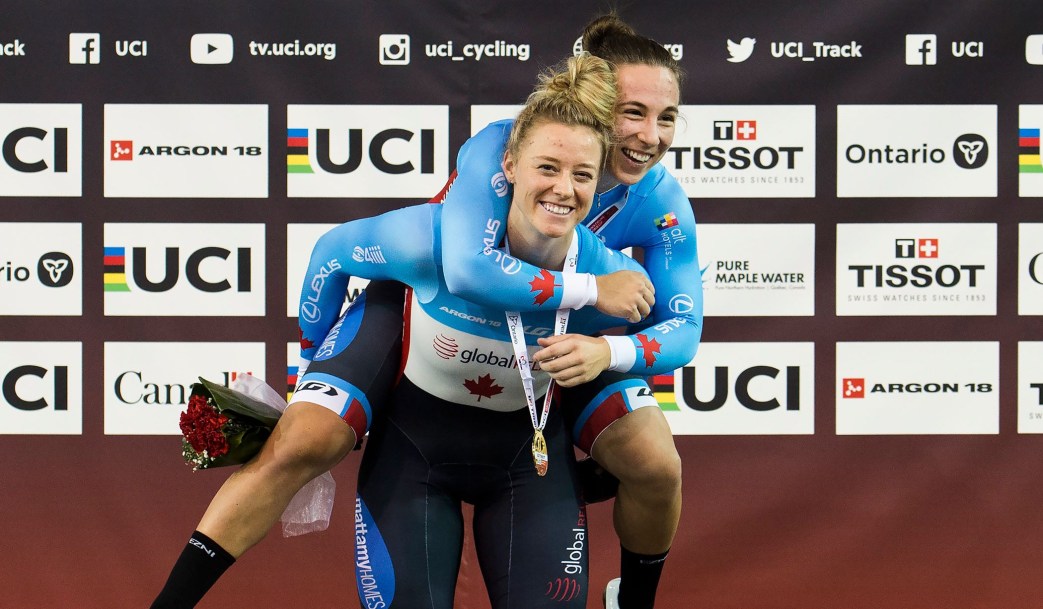 On Friday evening in Milton, Canada’s track cyclists reached the podium in three events at the UCI Track Cycling World Cup – a gold in women’s sprint from Kelsey Mitchell and Lauriane Genest, along with bronze in both women’s and men’s team pursuit.

Mitchell and Genest were the biggest winners of the night, claiming their first-ever World Cup gold medal. They crossed the finish line in 33.012 seconds, with Polish duo Marlena Karwacka and Urszula Los right behind them (33.285s). Lithuania’s Migle Marozaite and Simona Krupeckaite beat Mexico to round out the podium.

Earlier in the evening, the women’s team pursuit squad of Devaney Collier, Erin Attwell, Miriam Brouwer, and Kinley Gibson defeated Belgium with a time of four minutes and 24.234 seconds to secure Canada’s first medal of the night, a bronze.

Not long after, the men’s group of Evan Burtnik, Chris Ernst, Amiel Flett-Brown, and Sean Richardson also won bronze, beating Belarus in a close race for the final spot on the podium. Canada finished the race in 4:00.945, 0.607 seconds ahead of Belarus. Topping the podium was France, with Italy claiming second place. 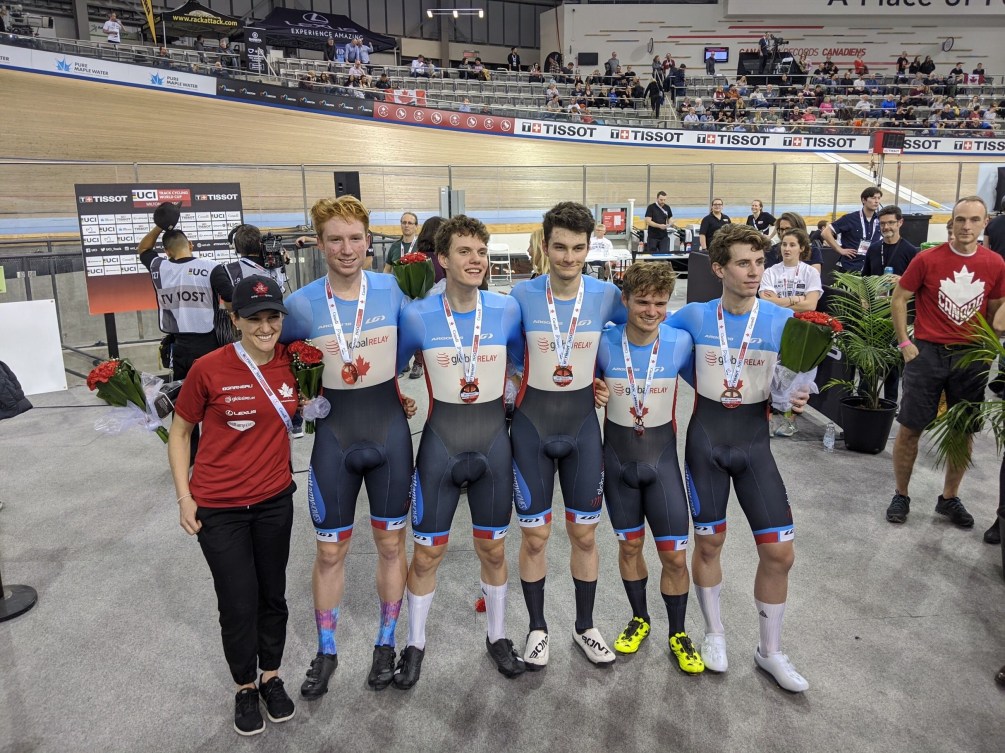 Both of Canada’s team pursuit squads are part of the NextGen program. The A-teams are currently in New Zealand, training for the upcoming world championships.

Competition at the UCI Track Cycling World Cup continues through Sunday at the Mattamy National Cycling Centre in Milton. 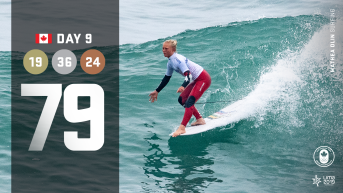 Erin Attwell competes in both track cycling and road cycling. She made her debut on the UCI Track Cycling World…