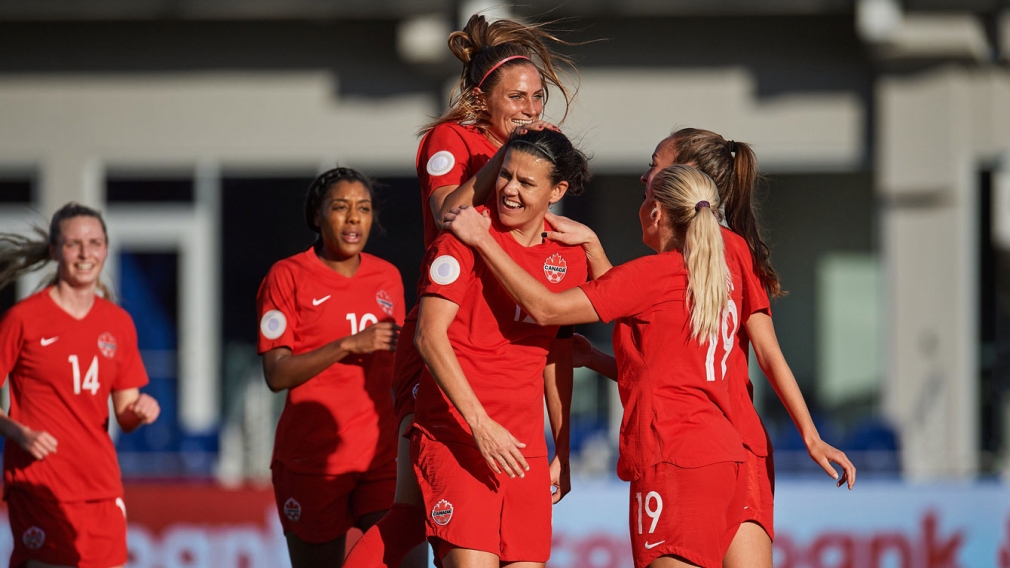 On Tuesday evening in Edinburg, Texas, Canada wrapped up pool play with a 2-0 win over Mexico.

Captain Christine Sinclair opened the scoring, finding the back of the net for her 186th goal at the 26′ mark.

While Canada has enjoyed quick and dominant games so far at the Concacaf Women’s Olympic Qualifying Tournament, it was another story against the Mexicans. Despite the slower game, Kenneth Heiner-Møller’s team was able to count on their solid defense to win and maintain their perfect 3-0 record in Group B.

Shelina Zadorsky scored Canada’s second goal from the goal line on a pass from Kadeisha Buchanan just before the end of the first half.

It the second half, Rebecca Quinn, Ashley Lawrence and Nichelle Prince all had scoring chances but their three attempts went over the Mexican crossbar.

Stephanie Labbé also shone in the latter half of the game, stopping a shot from the Mexicans in the 53rd minute of play.

There were no additional goals scored in the second half, giving Canada a 2-0 win, and the top spot in Group B.

Canada is now one win away from qualifying for Tokyo 2020. All the women need is a victory over Costa Rica in their semifinal matchup on Friday.

The women play Costa Rica on Friday at 7:00 p.m. ET. Games are being streamed on OneSoccer in Canada.

Canada secured a 9-0 victory over Jamaica on Saturday evening during game two of the Concacaf Women’s Olympic Qualifying Tournament.

After an exciting opening match on Wednesday, with Canada taking Saint Kitts and Nevis down 11-0 and Christine Sinclair breaking the international record with 185 goals, Team Canada was ready for game two of the Concacaf Women’s Olympic Qualifying Tournament.

Jordyn Huitema opened the scoring after a number of offensive chances (10′). Shortly after Deanne Rose received a great cross from Janine Beckie for a 2-0 lead (15′). Beckie then buried one herself (44′) for a 3-0 advance to take the game to the next half.

A quick look at the first half 👀

Shortly after the whistle blew for the start of the second half, Beckie earned her second of the night to make it 4-0 (51′). Then, after Rose fought off a defender, she crossed the ball to Huitema who got a head on it for her second goal of the game for a 5-0 lead (55′).

Sinclair tied Wambach’s record at the 7′ mark when she opened the scoring on a penalty kick. Then Adriana Leon and Ashley Lawrence added two more to Canada’s tally.

At the 23′ mark, history was made when Sinclair scored her second goal of the game.

🍁 @sincy12 has just made history, surpassing Abby Wambach's All Time International Scoring Record, marking her 185th goal for her country.

To end off the first half, Leon scored two more for a hat trick, while Jayde Riviere found the back of the net for her first goal of the game. 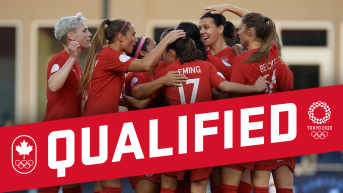 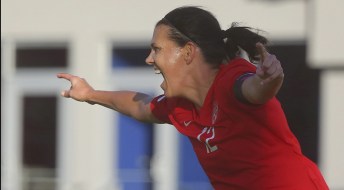 CAREER HIGHLIGHTS Reached the quarter-final with Canada at the 2008 Olympic Football Tournament Played for Canada at the Olympic Qualification...