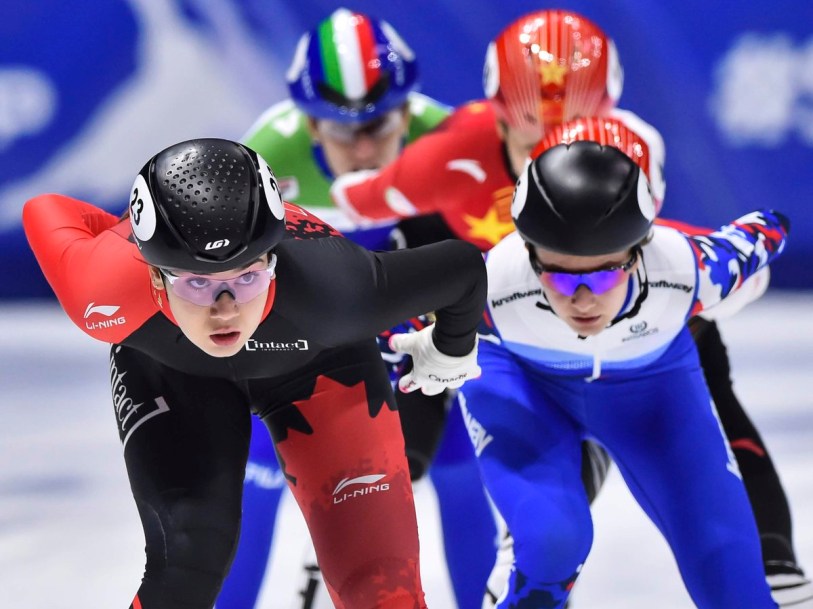 Sarault raced to second place in the women’s 1000m with after crossing the finish line at 1:55.143. Korea’s Kim Ji Yoo won the event with a golden time of 1:54.955, while four-time European champion Suzanne Schulting was upset in the competition, with a third place finish (1:55.167).

This marks Sarault’s third solo World Cup victory of the 2019/2020 season, after taking home silvers in Montreal (1000m) and Nagoya (1500m), and a bronze in Shanghai (1500m). She’s also claimed one gold, one silver and two bronze with her Canadian relay team so far this year.

The Dresden World Cup is set to wrap up tomorrow on Sunday, February 9 before it heads to its next stop in Dordrecht, Netherlands.