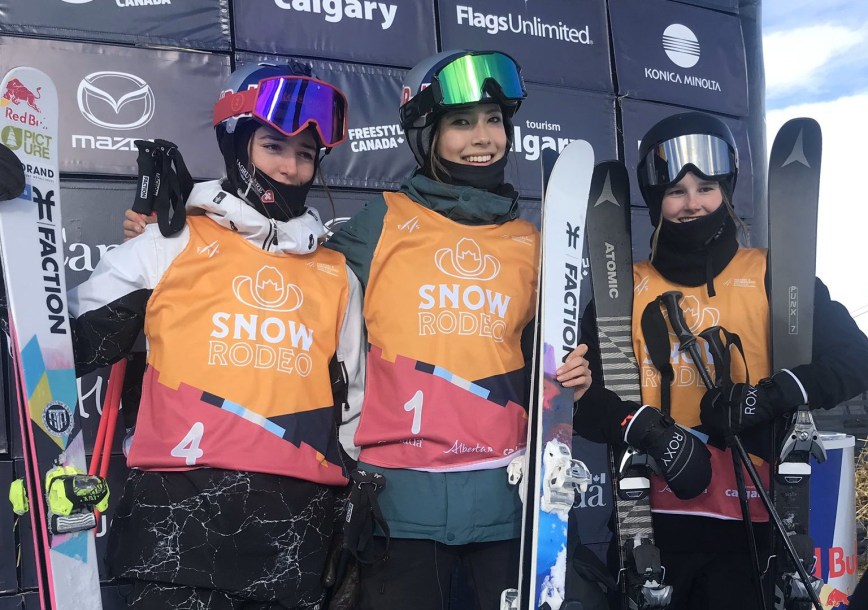 Megan Oldham landed on the third step of the podium at the FIS Freeski Slopestyle World Cup in Calgary on Saturday.

In front of a Canadian crowd, the 19-year-old skied to a bronze medal after scoring 80.70 on her run. She was joined by China’s Ailing Eileen Gu, who won the event with a score of 89.18 and Mathilde Gremaud of Switzerland who claimed silver with 87.13 points.

On the men’s side, Canadian Evan McEachran finished just shy of the podium in fourth place after posting 82.43 points on his second run.

This marked the final day of competition for the Freestyle World Cup.