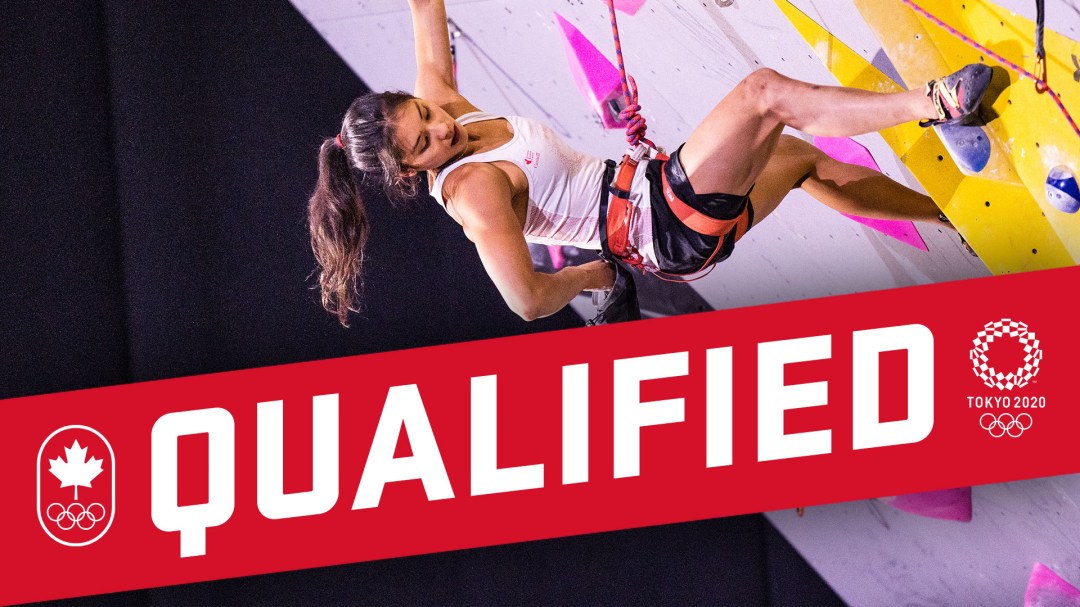 It was a busy weekend for Team Canada athletes, with plenty of firsts, including a Tokyo 2020 qualification.

Climb up or dive down into what you missed this weekend.

After winning the Pan Am Sport Climbing Olympic Qualifier, Alannah Yip secured her ticket to Tokyo 2020. She received a first place in boulder, a third place finish in lead and a fifth place in speed to take the win and the last available Pan American spot.

Over on the ice, both Ivanie Blondin and Laurent Dubreuil were crowned vice-world champions at the ISU World Sprint/Allround Championships in Hamar, Norway. 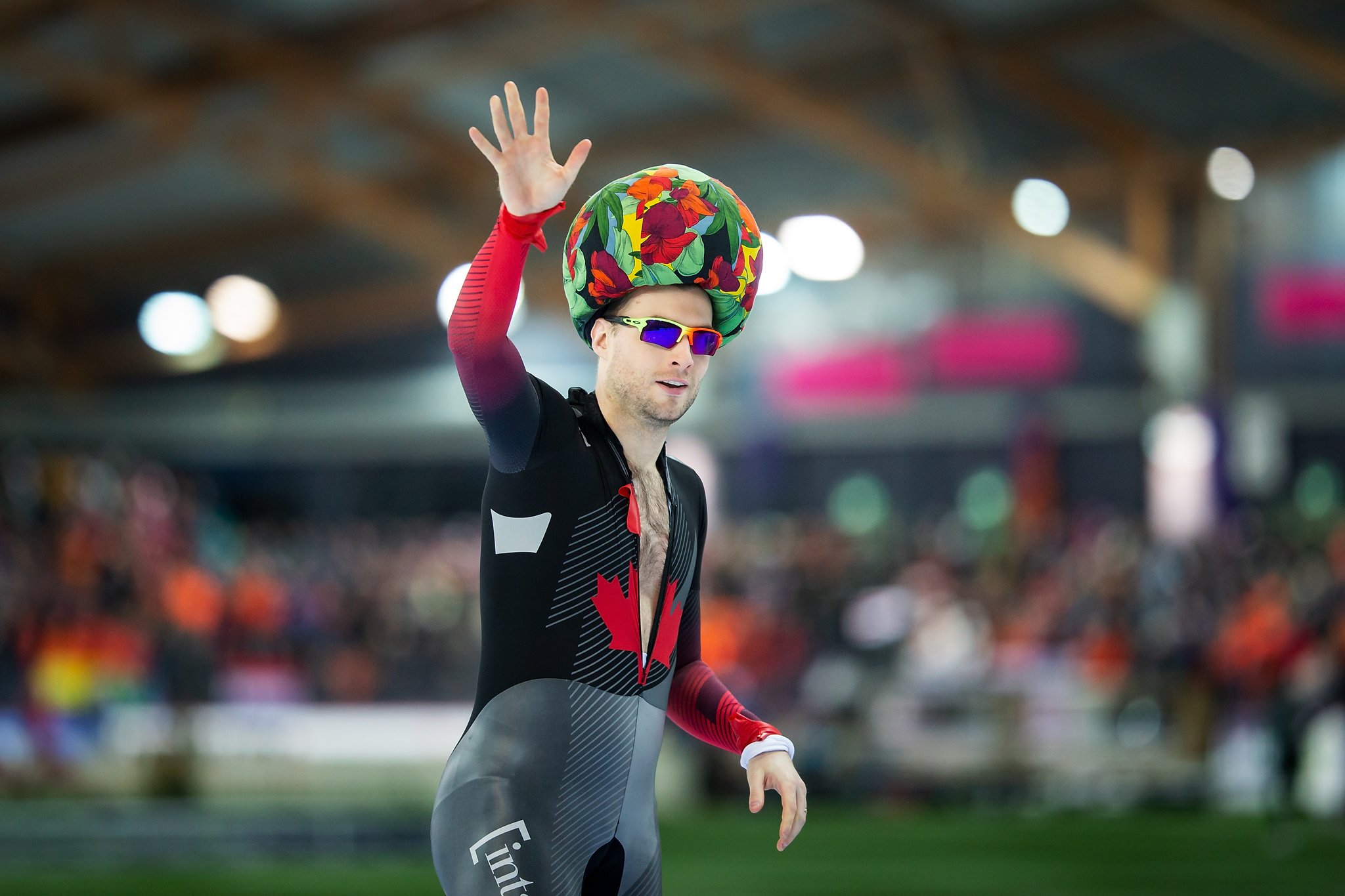 Dubreuil picked up his sprint silver medal on Saturday. He is only the fourth Canadian to reach the overall sprint podium in the event’s 50 year history. Blondin climbed the second step of the allround podium on Sunday. She is the first to reach the podium since Christine Nesbitt in 2012. This is that Dubreuil and Blondin have reached the podium at these championships.

At this championship, skaters race in multiple races over two days, and the athlete with the lowest score at the end is the champion.

At the first stop of the FINA Diving World Series, Team Canada captured eight medals over three days at home in Montréal. 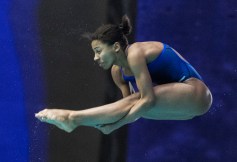 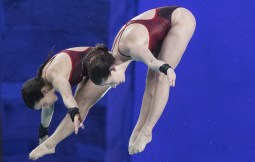 Gold was captured by Meaghan Benfeito in the women’s 10m platform, Philippe Gagné in the men’s 3m springboard and Jennifer Abel in the 3m springboard event.

Bronze was captured by Vincent Riendeau and Nathan Zsombor-Murray in the men’s synchronized 10m platform, as well as McKay and Riendeau in the mixed 10m synchronized platform event.

On the slopes, Laurent Dumais finished third in the dual moguls World Cup in Almaty, Kazakhstan, marking his first podium in the event. Ahead of him on the podium was Mikaël Kingsbury in second. Kingsbury has been on every podium this season, and won six out of nine events.

If you think that @leylahfernandez is talented on the court she’s just as impressive off it as well. Here she is speaking both English and Spanish in her runner-up speech in Acapulco, and she threw-in some French for good measure with her coach during the changeovers! pic.twitter.com/6obWzANvhN

Ever Leylah Annie Fernandez defeated world No.5 Belinda Bencic at the Fed Cup qualifying round earlier this month, she has been on fire, winning six straight matches during the Mexican Open. Until the final against seventh seed Heather Watson, she had yet to drop a set. The 17-year-old is now 126th in the WTA Rankings, rising 64 spots from last week.

Gaby Dabrowski and Sharon Fichman also had an excellent week, finishing second in their respective tournaments. 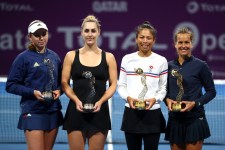 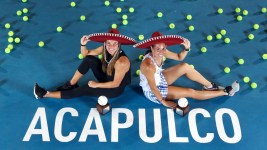 Sharon Fichman (right) and Kateryna Bondarenko of Ukraine pose for a photo after finishing second in the Qatar Open. (Credit: WTA)

First Karate Medal of the Year

At the Salzburg, Austria stop of the Karate 1 Premier League, Haya Jumaa won the silver medal in the -61kg class. Jumaa has just over a month to move up into the top four in the WKF rankings in order to qualify for Tokyo 2020.

At the IBSF World Championships, Jane Channell and Dave Greszczyszyn slid to silver at the inaugural mixed skeleton team event. They were just 1-100th of a second out of the top spot on the podium.

Canadian Records on the Track

Over on the track, two Canadian records were set. On the running track at the Boston University Last Chance meet, Justyn Knight ran a time of 3:36.13 in the 1500m, breaking Doug Consiglio’s previous time of 3:38.73 from 1986. The Toronto native has yet to lose a race this year.

Over on the cycling track, the women’s team pursuit set a Canadian record, shaving off four seconds since the last World Cup.

They keep getting faster! New 🇨🇦 record⏱️ 4:12.627 and the women's team pursuit will race for bronze #Berlin2020 pic.twitter.com/C8qJJzChGF

Mackenzie Hughes finished second at The Honda Classic, at five under par. This is his best finish since the Corales Puntacana Resort & Club Championship in 2019, where he tied with Chris Stroud for runner-up, at 17 under par.

Unfortunately I tore my hamstring today during the push in the second run. After being evaluated we won’t be able to continue the race. We’re reallly disappointed as it was shaping up to be a great fight for the medals. Good luck to everyone tomorrow! pic.twitter.com/EiYjbyqTKG

Unfortunately Team Justin Kripps had to withdraw from the IBSF World Championships when Kripps tore his hamstring during the push in the second run. Wishing Kripps a speedy recovery!