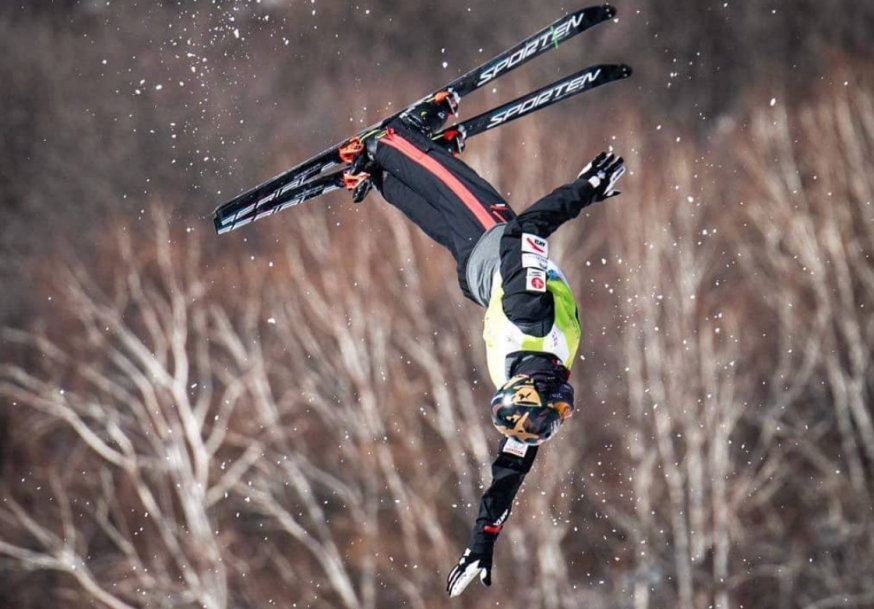 Lewis Irving landed on the third step of the podium in Krasnoyarsk, Russia at the FIS World Cup on Sunday.

The Canadian skier caught some serious air to put up a final score of 116.29 to capture bronze in the men’s aerials competition. Ahead of him was host-country Russia’s Pavel Krotov in second with 124.43 and Switzerland’s Noe Roth, who won the event with 127.40 points.

🇨🇦 Lewis Irving (@lewisirving7) is taking home another medal in the men's aerials, this attempt was good enough to claim 🥉@canfreestyleski @TeamCanada pic.twitter.com/URxuba0AcR

This is Irving’s second World Cup medal of the season. Just a few weeks ago, he earned a silver on the slopes at the Belarus World Cup.

Thanks to Irving’s silver, Canada will be leaving the FIS World Cup with two medals in tow, adding to Mikael Kingsbury’s gold medal in moguls on Saturday.