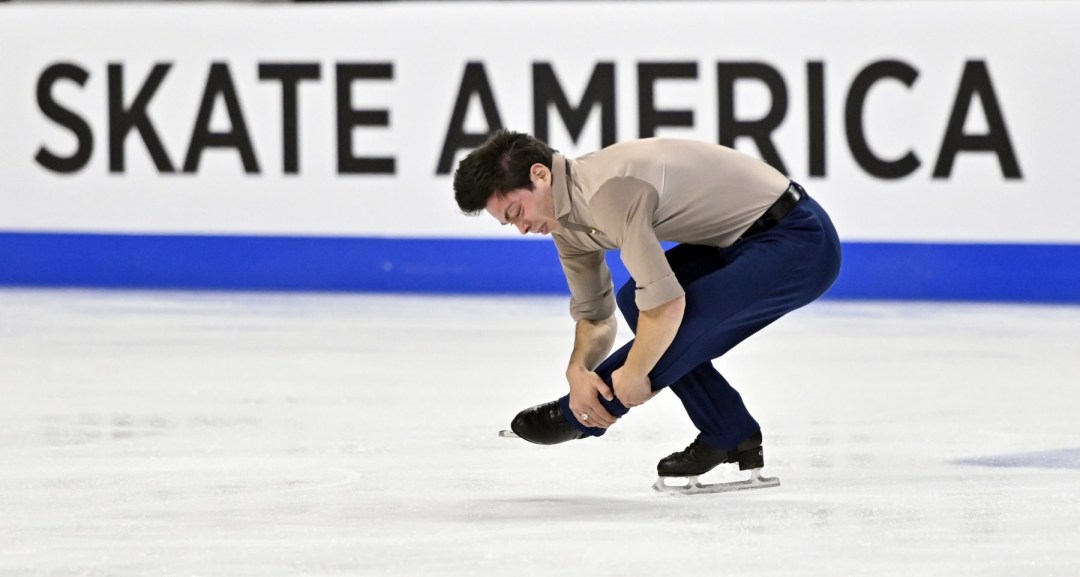 Despite being the only Canadian in action, Keegan was not messing around at the first stop of the ISU Grand Prix Figure Skating season.

Keegan Messing 🇨🇦 even got some ❄ in his hair today while performing his Free Skate! #GPFigure #FigureSkating pic.twitter.com/8Lg1q8U5eq

The 28-year-old Canadian finished on the third step of the podium with a total of 266.42 points to capture Canada’s first and only medal of the weekend. Americans Nathan Chen (299.15) and Vincent Zhou (275.10) took first and second place respectfully.

Messing earned 174.02 points in the free skate on Saturday to secure his spot in the top three.

After Friday’s short program, Messing held down third spot. He skated to Ed Sheeran’s Perfect for the second straight year and scored 92.40 to put himself in medal contention heading into Saturday’s free program.

He put out a strong performance with a triple Axel, triple Lutz and an excellent spin. Skating competitively for the first time since February, Messing missed some points with a couple of mistakes.

“It was really exciting to perform again, but my legs were a little shaky in the second half of the program,” Messing said after his short program. “I’m really happy with the way I skated. It felt so great to get back out there.”

This is the opening event of the ISU Grand Prix of Figure Skating season. Unfortunately Skate Canada International, which was scheduled to be held next week in Ottawa, Ontario was recently cancelled.