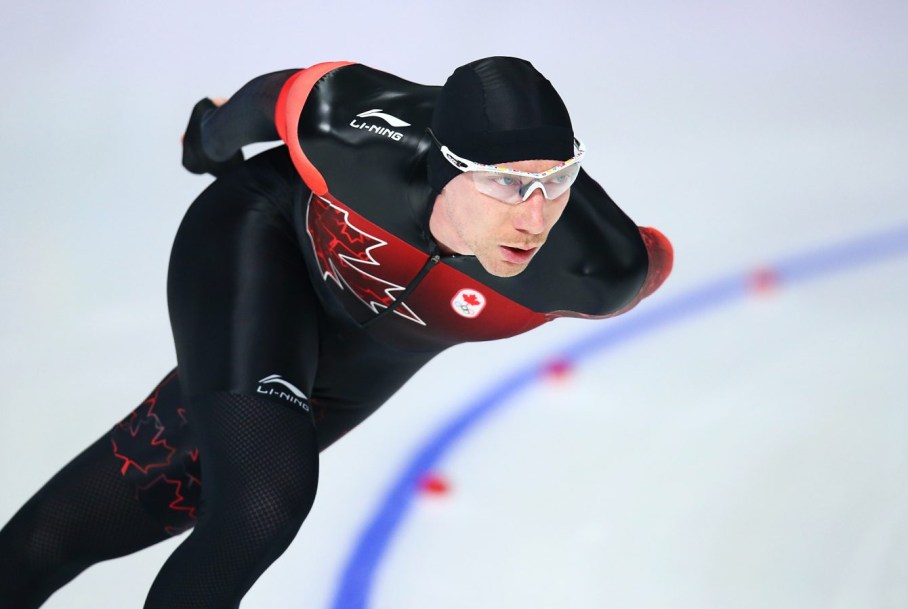 Cancelled World Cups, a broken refrigeration system… 2020 has thrown challenge after challenge at Team Canada’s long track speed skaters, but guess what? Nothing was going to allow these speed skaters to slip away from their training.

Slide down to check out the exciting and creative ways these speed skaters are training ahead of the World Cups in the new year.

Check out two-time World Champion, Ivanie Blondin‘s slide board skills as she works to stay active during the off-season with the company of her four-legged friend. She also won silver for her first career medal at the World Allround Championships this March.

This PyeongChang 2018 Olympian, or DIY queen, followed in her teammate’s slide board footsteps using an Ikea countertop to assist in her training. Check out her post to see other creative ways she’s been staying active. Isabelle Weidemann ended last season capturing gold in the ladies 3000m to secure a second-place overall finish in the world standings.

The grind never stops for Olympic champion Ted-Jan Bloeman, as he trained this summer at the Olympic Oval suited with this year’s most popular and necessary accessory, a face mask. At PyeongChang 2018, Bloeman ended an 86-year Olympic medal drought for Canada in long track speed skating’s 5000m and 10,000m events for men.

Antoine Gélinas-Beaulieu was also at the Olympic Oval and graced us with this POV training video. Last season, with a time of 7:40.270, Gélinas-Beaulieu finished third in the men’s Mass Start at the ISU World Single Distances Championships in February.

5. A trio of skaters exchanges blades for wheels

The Calgary Oval may have no ice at the moment, but that wasn’t going to slow down Jordan Belchos, Graeme Fish, and Kaleb Müller, who traded their blades for some wheels.

Gilmore Junio and the rest of the speed skating team took a 10-hour road trip to Fort Saint John in November to trade their wheels for blades again.

Staying in style with 2020 fashion, 2018 Olympian Alex Boisvert-Lacroix also suited up in a face mask and training gear to join his teammates in Fort Saint John.

Did you know Boisvert-Lacroix used to be on the short track national team? Recently he took a break from long track laps to do some did some speedy short track laps.

No Olympic Oval? No problem. Tyson Langelaar ventured outdoors with teammates like Belchos to find some ice and simultaneously show us this gorgeous view. Langelaar was part of the squad that won the bronze medal in the men’s team sprint during the 2019 Speed Skating World Cup.

Outdoor ovals are the new craze and we’re not mad about it with views like this! Vincent De Haître is a two-sport athlete on the road to his first Summer Olympic Games to represent Canada in track cycling at Tokyo 2020.

Keep an eye on Canada’s long track speed skaters as they join the ISU competition hub in Heerenveen, Netherlands in January.