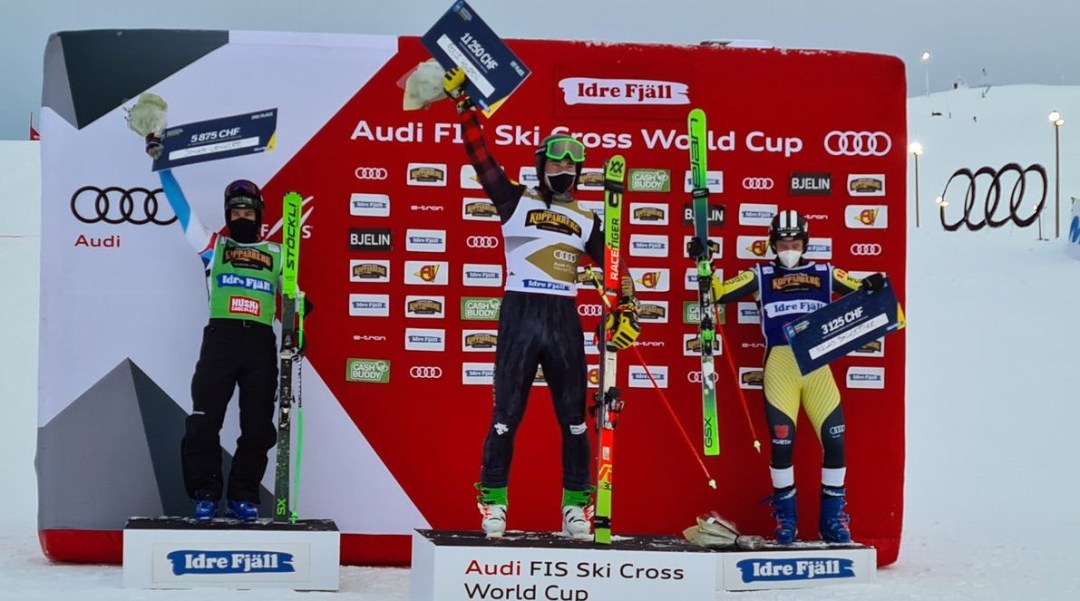 Reece Howden kicked off his first competition of the new year on a high note.

On Saturday morning, the 22-year-old skied to a gold medal at the FIS Ski Cross World Cup in Idre Fjäll, Sweden. Howden claimed the top spot on the podium after passing Switzerland’s Jonas Lenheer and Niklas Bachsleitner of Germany, who finished second and third respectively.

Howden entered 2021 as the World Cup leader for his impressive efforts on the slopes. He’ll be hanging on to that spot after today’s victory.

This marks the B.C. native’s fourth podium of the season. He first stood atop the podium in January 2020 in Nakiska and just a few weeks ago, claimed gold and silver in Val Thorens, France before the holidays.

Howden’s gold brings Canada’s medal count to two so far this weekend after Marielle Thompson raced to silver on Thursday.

Competition will continue through Sunday.