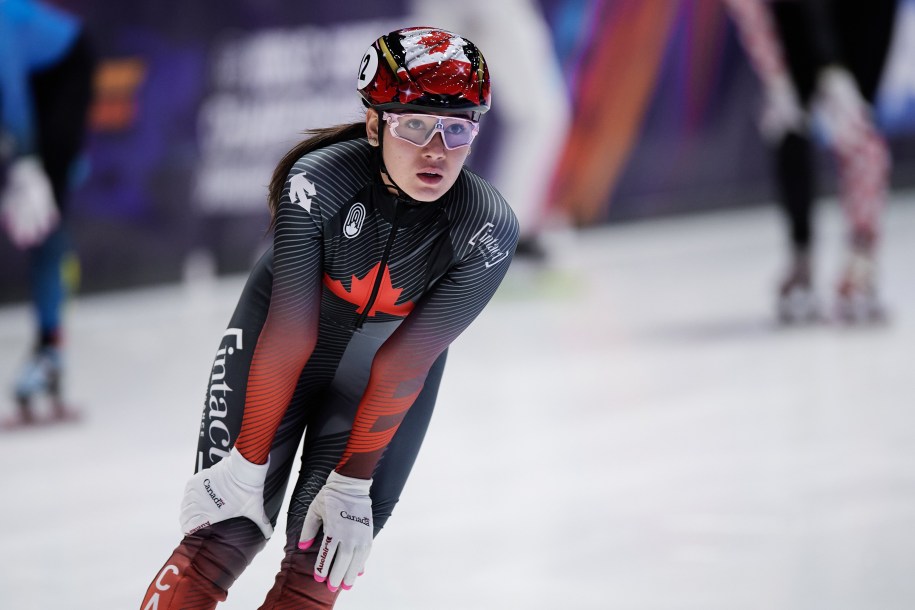 Courtney Sarault captured a bronze medal in the 1000-metre event and a silver medal in the 3000-metre Super Finals, landing her second overall at the ISU world short track speed skating world championships in Dordrecht on Sunday.

Courtney Sarault skated her way to a 1000m bronze with a time of one minute 27.470 seconds. The Netherlands’ own Suzanne Shulting climbed to the top of the podium with a time of 1:26.854 and Hanne Desmet from Belgium received silver (1:26.993).

🇨🇦 Courtney Sarault on the World Championship for the second straight day, this time with 🥉 bronze in the 1000m! She steals third-place in a photo finish!#FasterForward #SpeedSkating #ShortTrack pic.twitter.com/qZlU4K8lfY

This all comes after the 20-year-old from Moncton, New Brunswick secured a silver medal during the 1500m event yesterday. With a total of 58 points, Sarault is classified as the second overall World Champion to close out the competition.