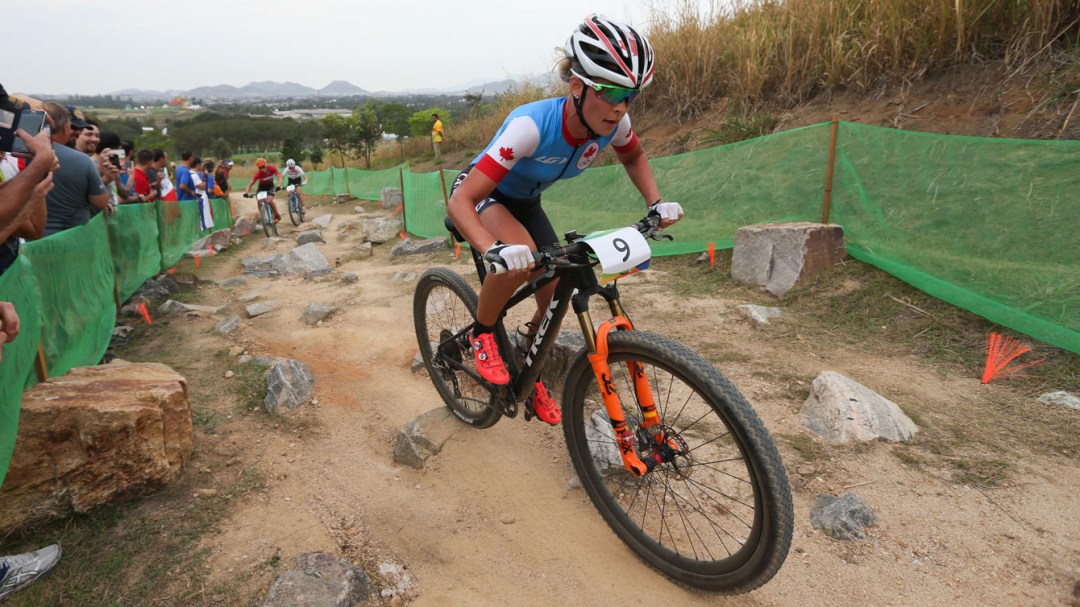 In rainy or sunny weather, Team Canada cyclists are training hard in the gym, track or outdoors. Follow them in their daily lives and let their tenacity and perseverance inspire you.

Are athletes only competitive during competition? Of course not! Here’s what happens when Kelsey Mitchell‘s coach asks her to “pedal gently”:

Going out to train in the great outdoors is great when you have the rocky mountains in Alberta as a background! Mitchell, who will compete in the sprint and keirin events, recalls her training camp last summer:

Phew, our thighs are burning just watching this clip! Hugo Barrette will be heading to his second Olympic Games this summer. The Quebecer will participate in the sprint and keirin events.

This is what winter training looks like for BMX athletes. Canada’s Tokyo 2020 BMX team has yet to be determined, but until then Drew Mechielsen is training rain or shine in hopes of reaching her first Olympics.

Emily Batty is proving snow is no excuse when it comes to training! Batty made her Olympic debut in London 2012 and came close to the podium at the Rio 2016 Games. She collected numerous World Cup medals in 2018 and is now training for Tokyo 2020.

Léandre Bouchard is also making the most of the season. No need for a bike here, the mountain cyclist is embracing his Canadian heritage with this workout. After attending his first Olympic Games at Rio 2016, Bouchard is concentrating on giving everything to training in the coming months.

When it looks easy, but we know very well that it is not. Finn Iles is the 2016 World Junior Champion in downhill mountain biking and is definitely one to watch out for. He shows it to us very well here with his agility:

Combine work and training? It’s possible for Sara Poidevin. Imagine how fit we would be if we followed the road cyclist’s work from home example!

Why not make do with what you got? Jay Lamoureux, who will compete in the team pursuit event at Tokyo 2020, got very creative with his training in the midst of a pandemic. It will be the first Olympic Games for the track cyclist who has helped lead Team Canada to some of its best results in the team pursuit, including several Pan American Games, the Commonwealth Games and World Cup medals in recent years.

Is it real? This bike ride at 10,000 feet above the clouds is a dream! Georgia Simmerling gives it her all at training camp in Maui. The summer and winter Olympian will compete in the track cycling team pursuit this summer. Before competing in track cycling, Simmerling competed first in alpine skiing, and then ski cross at the Winter Olympic Games.

When access to the usual BMX facilities is restricted, we build them! This is what Quebecer Gaby Malenfant did during his training during the summer. Malenfant is the 2018 Canadian BMX champion.

Learn more about the track and road cyclists who have been nominated to Team Canada already.