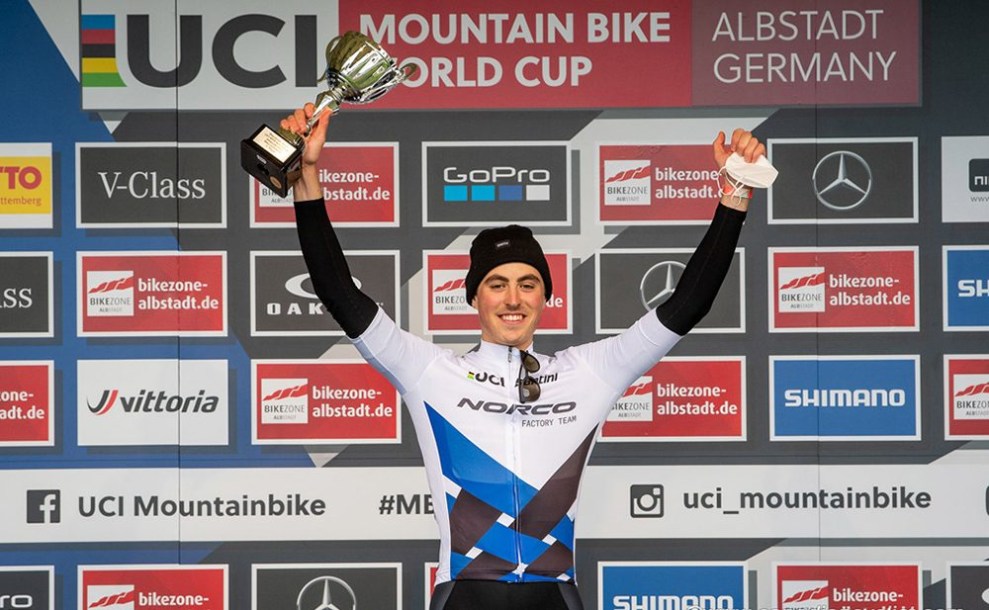 Woods raced his way to a gold medal in the U23 XCO event at the opening round of the UCI Mountain Bike World Cup on Saturday in Albstadt, Germany. He secured the top spot with a time of 1:11:49.

By the start of the fourth lap, it was down to five riders, including Woods. The Canadian rider bided his time in the group until the final lap, where he launched his attack and rode his fastest lap of the race. With half a lap to go, Woods left it all on the course, unleashing a huge burst of power to propel himself from fourth into top spot by a significant margin.

“It’s pretty special for sure,” said Woods. “Last time in Altstadt, I had a rough one, so it felt good to get a clean race. It all unfolded on the second half of the last lap. It was myself and two others, and I laid everything down on the last climb and they weren’t able to stay with me. I just took it smooth down the descent and rolled into the finish. My goal going into the race was to take the win. I had it visualized, and I was prepared. But it still hasn’t really sunk in yet!”

Previously in 2019 as a junior, the Canadian come close to winning, but finished in second position. He was in the lead with Great Britain’s Charlie Aldridge in the final lap, but they both crashed in the second last corner and Carter twisted his bars.

The first round of the UCI Mountain Bike World Cup wraps up on Sunday in Albstadt. Round two will be held in Nové Město na Moravě, Czech Republic from May 15-16.