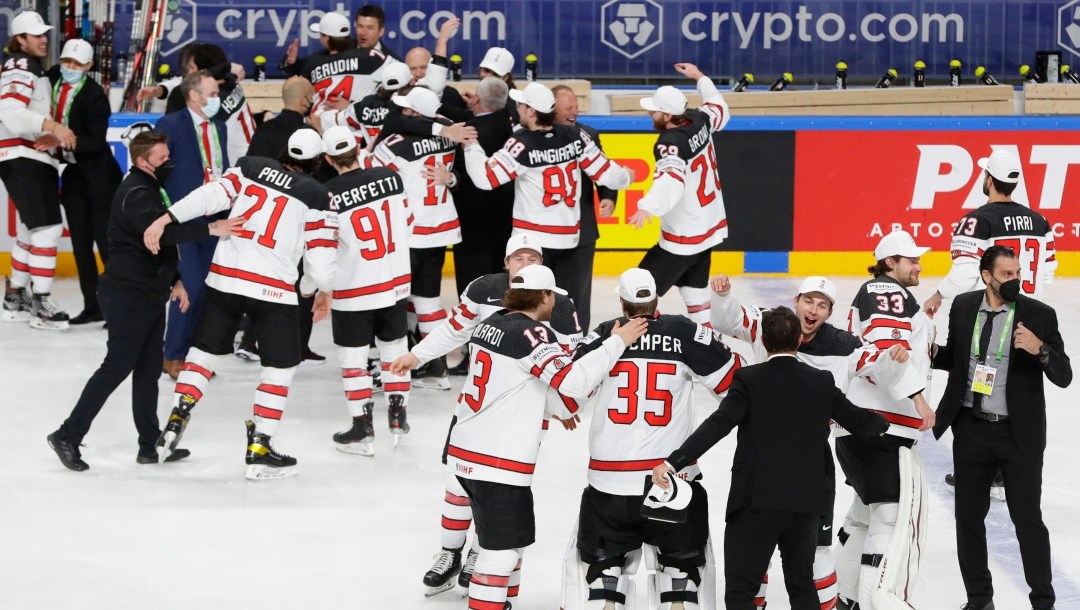 After a tough start to the IIHF 2021 Championships, Team Canada found their groove to earn the gold medal after a 3-2 overtime win against Finland on Sunday.

No team has ever lost four games and won gold, until now.

Finland opened the scoring to lead the first period. In the second period, Connor Brown took a shot off the pipe and Maxime Comtois controlled the puck for a power-play goal to tie the game 1-1.

The excitement continued in the second when Adam Henrique buried a rebound. However, it was called back after Finland made a challenge for offside – the game remained 1-1 heading into the third.

Again, Finland wasted no time and took charge of the puck to earn a 2-1 lead. Except Comtois managed a between-the-legs pass to Henrique for another power-play goal, landing Canada in a 3-on-3 overtime.

With the entire nation on the edge of their seats, at 6:26 of the unlimited overtime Nick Paul made a pass to Brown and he made the return to Paul. With a flick of his wrist, Paul earned Canada’s golden goal for the 3-2 win.

Brianne Jenner first wore the maple leaf internationally as a member of Canada’s national under-18 team. She was part of…