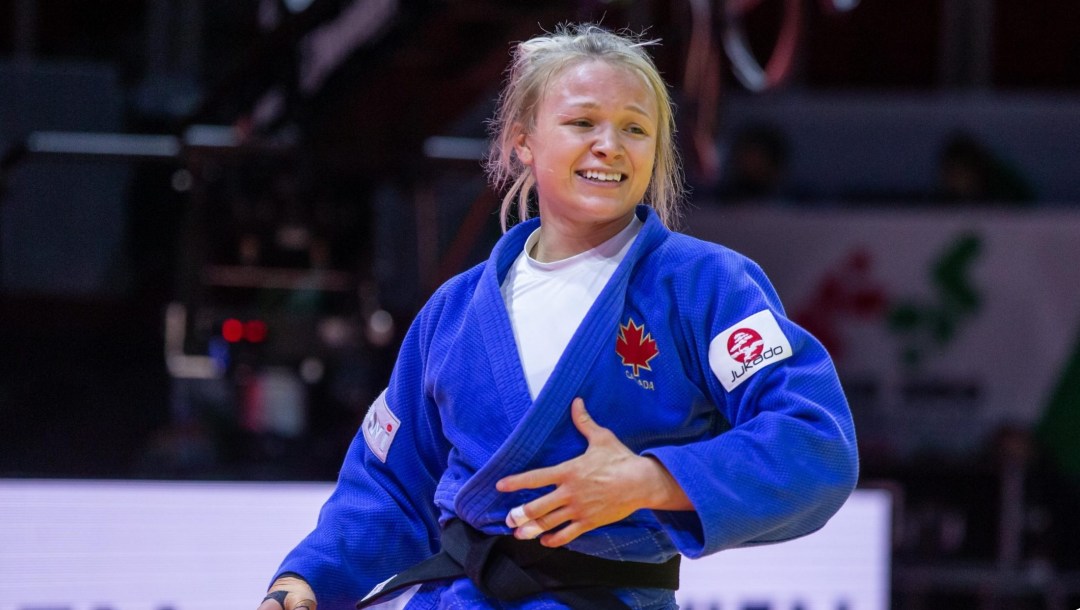 In the battle for one of the most hotly contested Olympic berths, Jessica Klimkait has claimed Canada’s spot in the women’s 57kg judo event at Tokyo 2020 with her gold medal at the 2021 World Judo Championships.

Coming into the tournament, Klimkait was ranked second in the world in the weight class, behind only her fellow Canadian, Christa Deguchi. It had long been anticipated that a head-to-head fight-off in early July would determine which of the two would get the nod for Tokyo 2020, where each country is only permitted one entry per event.

But in April, Judo Canada revised its nomination policy in an effort to provide more certainty with regards to Olympic selection and preparation while keeping the health and safety of the athletes as a top priority. In the case of Klimkait and Deguchi, with both guaranteed to be among the top eight in the world rankings when the qualification window officially closes at the end the June, whichever of the two achieved the higher placement at the world championships would earn the Olympic nomination.

That set up a must-see event on Tuesday in Budapest, Hungary.

Deguchi came out as the winner of Pool A, while Klimkait was the winner of Pool C, each having progressed with three victories. In the semifinal, Klimkait secured a victory over Nora Gjakova of Kosovo by ippon. But hopes of a Canadian showdown for the gold medal and the Olympic spot were quashed when Deguchi lost to Japan’s Momo Tamaoki by waza-ari in the other semi.

In the final, Klimkait was confident and aggressive, keeping Tamaoki off balance. But with neither woman scoring through the four minutes of regulation, the match went into Golden Score time. At 1:02, Klimkait made her move, changing direction to get Tamaoki on her side for the waza-ari and the victory. This is Klimkait’s first world championship medal and keeps the 57kg world title in Canadian hands, following Deguchi’s victory in 2019. Klimkait has now beaten Tamaoki in their three most recent meetings.

In her bronze medal match, Deguchi lost to Theresa Stoll of Germany by ippon.

The qualification window for judo doesn’t officially close until June 28, after which the IJF will publish final world ranking lists. The top 18 athletes in each weight class qualify for Tokyo 2020, with a maximum of one per country. If a country has more than one athlete within that top 18, it is up to the country to decide which of them will get the Olympic spot.

Deguchi made headlines when she decided to sit out of competition for three years to become eligible to represent Canada, her father’s home country. She had won medals at the 2013 and 2014 World Junior Championships for Japan, her birth country and the homeland of judo. She first competed under the maple leaf in October 2017 and didn’t take long to make history. In 2018, she became the first Canadian woman to win a world championship medal in judo with her bronze. In 2019, she made the jump to the top step of the podium, becoming the first Canadian judoka to win a world title.

Meanwhile, Klimkait has been writing her own impressive resumé. She has eight Grand Slam medals to her credit, including three gold. Two of those victories came in 2020. In January 2021, Klimkait finished third at the Doha Masters and then won silver at the Antalya Grand Slam in early April. That was the last time the two Canadians went head-to-head as Deguchi took the victory, boosting her record to 6-0 against Klimkait since their first meeting in 2018.