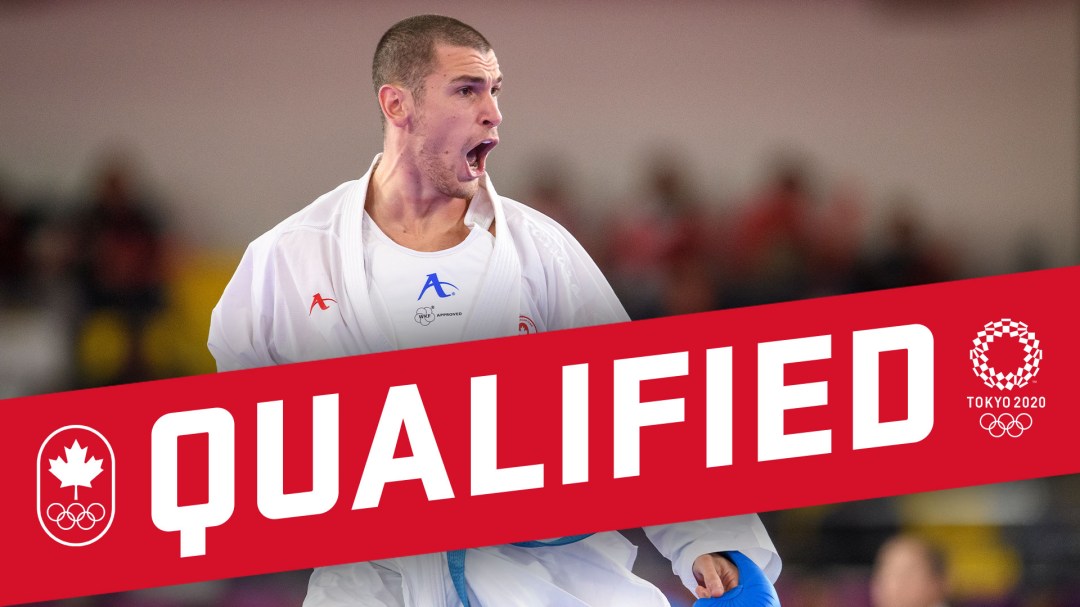 Daniel Gaysinsky secured the first Canadian karate qualification for the Tokyo 2020 Olympic Games, but the last ticket from the Karate 2020 Qualification tournament in Paris.

28 nations will now be represented in the Karate competition at the sports biggest stage. The final six places in the Tokyo 2020 Olympic Karate tournament were decided on the last day of the competition in Paris. After a thrilling final day, Gaysinsky is the lone Canadian karate athlete to qualify for Tokyo 2020.

In the last category of the tournament, the 2017 Pan American champion achieved the most captivating ending. With only three seconds on the scoreboard, Gaysinsky connected a spectacular Ippon, or three-point technique, by Mawashi geri. or roundhouse kick, to win the clash and the ticket to the Olympic Games.

“I feel excellent now. It is the best feeling in the world,” said Gaysinsky said to World Karate Federation after earning the Olympic spot.

The Canadian finished the pool with one victory to complete the list of three qualified karatekas in the category, together with Gogita Arkania of Georgia and Tareq Hamedi of Saudi Arabia.

Karate will be at home when it makes its Olympic debut at Tokyo 2020. The martial art has its origins in what is now the Okinawa prefecture of Japan. Gaysinsky will be competing in his first summer Olympic Games, when karate makes its debut. Karate will be featured in Tokyo from August 5-7, days 13 through 15. The Nippon Budokan indoor arena will showcase competition for both the women and men.