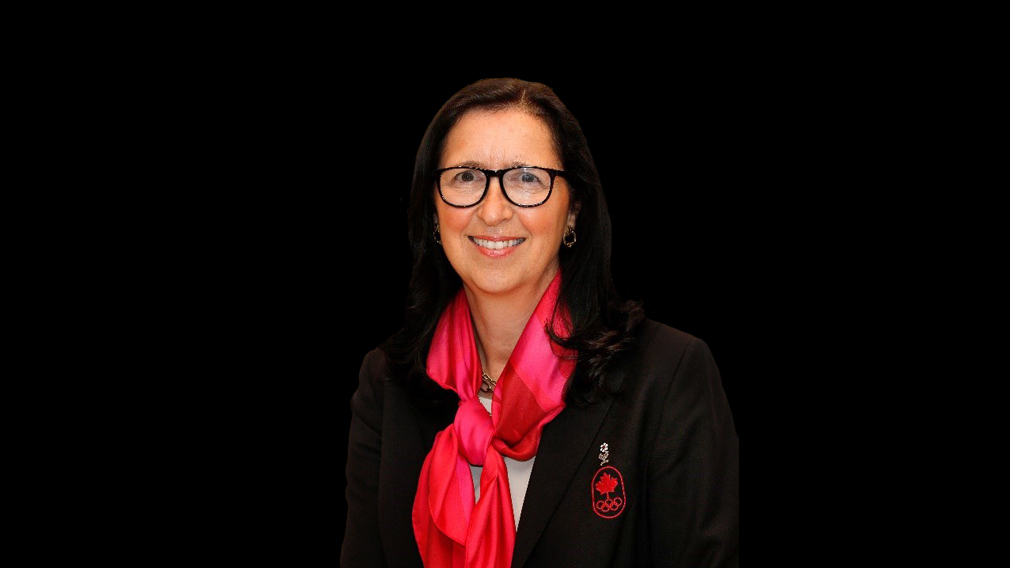 Tricia Smith, a lawyer and businesswoman based in Vancouver, has had a successful multifaceted career in sport. A four-time Olympian in rowing, Smith captured a silver medal at the Los Angeles 1984 Olympic Games, seven world championship medals as well as a gold medal at the 1986 Commonwealth Games.

For over 35 years, she has served the COC in various capacities. Since she first became involved in the COC’s Athletes’ Council in 1980 as rowing’s representative. Smith has been a member or chair of the Executive, Team Selection, Games, Governance, Compensation, Women’s and International Relations Committees and served as Vice-President. In addition, she has served as Chef de Mission and was part of the International team of the Vancouver 2010 Bid Committee. With her passion for the ideals of sport, she always puts the athletes and coaches first and believes strongly in the Olympic values and the positive power of sport.

Smith is also Vice President of the International Rowing Federation (FISA) and has been a leader in all aspects of the sport including increasing the number of opportunities for women to compete, coach, administrate and officiate in international rowing. She has also played a strong role in FISA’s anti-doping policies as a Member of the Executive Committee and in the drafting of Statutes, Rules and Regulations.

Smith was elected to the Board of the International Council of Arbitration for Sport in 2001 after being nominated by the IOC Athletes Commission and has been re-elected four times since. She has served as Deputy President of the Ordinary Division and Chair of the Commission for CAS Membership. In Canada, she has been involved in sport arbitration for more than 35 years as one of the initial pro bono lawyers recruited by the Centre for Sport and the Law and currently with the Sport Dispute Resolution Centre of Canada. Smith graduated from law school in 1985 and practiced law in Vancouver during and after her rowing career. She is a Partner and Deputy Managing Director at Barnescraig & Associates, a risk management and adjusting firm.

Smith’s awards are many. She is a recipient of the Order of Canada, the Order of British Columbia and an Honorary Degree from the University of British Columbia. She is also a member of the Canadian Olympic Hall of Fame and the BC Sports Hall of Fame. In 2006, she received the Carol Anne Letheren Award for International Sport Leadership. In addition to numerous athletic awards, Smith has been recognized by the Canadian Association for the Advancement of Women in Society as one of the “Most Influential Women in Sport” and in 2008, she received an “In Her Footsteps” Award from the BC Sports Hall of Fame for leadership in women’s sport. Most recently has been named WiSLaw honorary member (Women in Sports law), a non-profit association based in Lausanne. She also received a Lifetime Achievement Award from Rowing Aviron Canada in 2017. Tricia was recognized in 2018 on the list of WXN’s Top 100 Most Powerful Women in Canada.