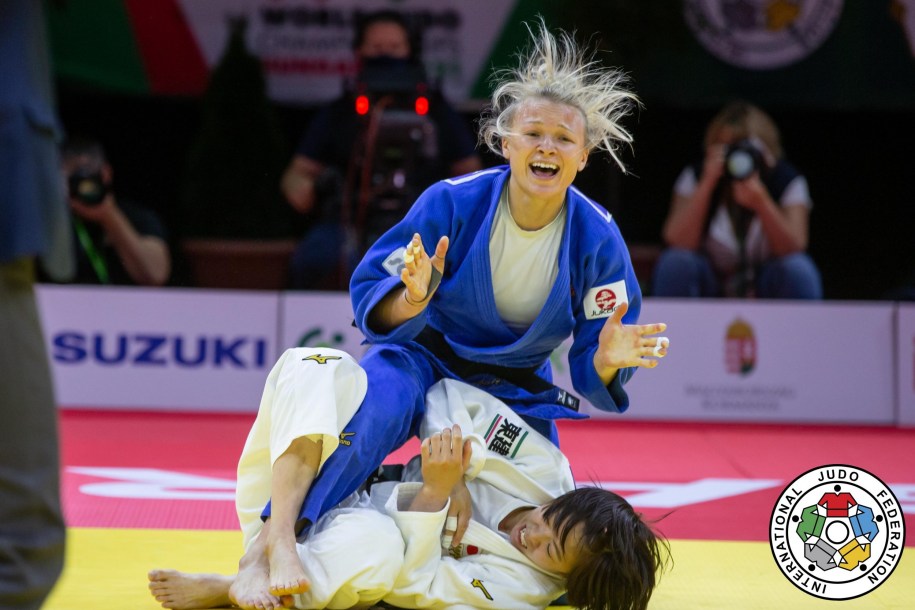 Jessica Klimkait became just the second Canadian to win a world title in judo when she defeated Momo Tamaoki of Japan in Golden Score time at the 2021 IJF World Championships in Budapest. Klimkait had gone into the worlds as the number-two ranked judoka in the women’s 57kg weight class, behind only her fellow Canadian Christa Deguchi. With only one Olympic spot available per country per event, it had been decided that whoever of the two finished higher at the 2021 Worlds would get Canada’s 57kg berth.

In 2014, Klimkait joined Team Canada for the Youth Olympic Games in Nanjing, China where she finished fifth in the 63kg division. She also finished fifth in the 57kg event at the Commonwealth Games in Glasgow. In September 2014, she competed in her first IJF World Tour event at the Zagreb Grand Prix before competing at her first of two IJF Junior World Championships.

Klimkait won 57kg gold at the 2015 Canada Games and then won her first senior national title. In the fall of 2015, she competed in her first Grand Slam events. In October 2016, she earned her first senior international gold medal at the European Open in Glasgow.

Klimkait fully established herself in the senior ranks in 2017, winning gold at the Pan American Championships before earning her first Grand Slam podium when she claimed bronze in Ekaterinburg. She also earned her first Grand Prix medal, taking bronze in Hohhot. She went on to make her senior IJF World Championship debut, advancing to the third round, before finishing third in the 57kg event at the World Team Championships.

Starting in 2018, it became a rare occasion for Klimkait to not finish on the podium. The big highlight of the year was winning her first Grand Slam gold in Osaka. Leading up to that, she had won medals at the Pan American Championships (bronze), as well as the Hohhot (silver), Zagreb (silver), and Cancun (silver) Grand Prix events. She capped the year with a bronze medal at the Guangzhou Masters.

Klimkait began 2019 as the runner-up at the Paris Grand Slam. In July, she earned her first Grand Prix gold in Zagreb, part of a streak of eight straight podium finishes, which came to an end when she lost in the second round of the 2019 World Championships. But she rebounded to close the year with bronzes at the Osaka Grand Slam and Qingdao Masters.

Because of the COVID-19 pandemic, Klimkait competed in just three international events in 2020, winning gold at the Dusseldorf Grand Slam in February and the Hungary Grand Slam in October, the latter boosting her to the top of the 57kg world rankings. Klimkait had suffered a knee injury just as competition was halted because of the pandemic, so the postponement of Tokyo 2020 allowed her time to fully recover.

In early 2021, Klimkait won bronze at the Doha Masters before dropping the match to Deguchi in the final of the Antalya Grand Slam.

A Little More About Jessica

Getting into the Sport: Started judo when she was 4 and began competing at age 5-6… Planned to go into gymnastics under she saw her brother doing judo and started to mimic what the other kids were doing so her parents signed her up… Likes that it is a sport in which she needs to constantly adapt and change her perspective… 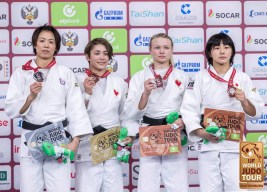 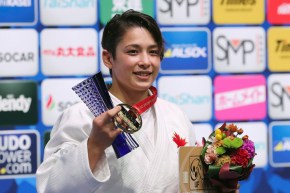 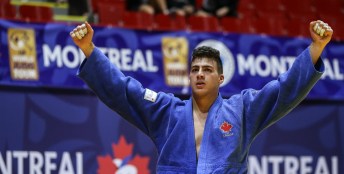 Catherine Roberge is the veteran of the Canadian judo team, having competed on the senior international scene for more than...