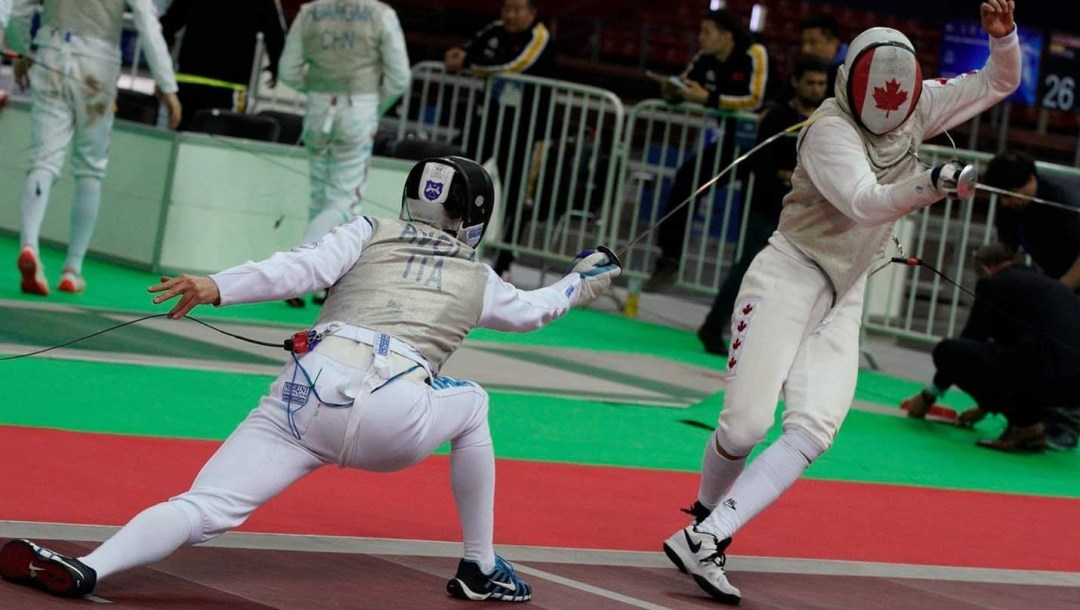 In 2018, Cai improved his finish at the junior Pan Ams, reaching the round of 16. He also made his senior international debut at a Grand Prix event in Anaheim, California.

Cai was named to the senior national team in 2019 and he helped Canada win silver in the team foil competition at the Pan American Championships. Later that year, he competed at his first senior FIE World Championships where he helped the men’s foil team to a 16th-place finish.

In preparation for the 2019-20 season, Cai competed in a satellite event in Spain and finished 35th, his best result to date at the senior level. In his first competition of 2021, he made the round of 64 for the first time at a Grand Prix.

A Little More About Alex

Getting into the Sport: Started fencing at age 9… His coach at the Toronto Fencing Club, Peter Ho, was one of his biggest influences, sharing nuggets of wisdom and enthusiasm for the sport… Outside Interests: Attending McGill University, pursuing a Bachelor of Science in Cell Biology and Anatomy…

At 16 years old, Gabriella Page made her debut at the senior FIE World Championships in 2011 and competed at…